A selfie is a self-portrait photograph, typically taken with a hand-held digital camera or camera phone. Selfies are often shared on social networking services such as Facebook, Instagram or Twitter. They are usually flattering and made to appear casual. Most selfies are taken with a camera held at arm’s length or pointed at a mirror, rather than by using a self-timer. – Wikipedia

We’ve all taken them, but they’re not a new thing. In fact, Robert Cornelius, an American pioneer in photography, produced a daguerreotype of himself in 1839 which is also one of the first photographs of a person. Because the process was slow he was able to uncover the lens, run into the shot for a minute or more, and then replace the lens cap. He recorded on the back “The first light Picture ever taken. 1839.” But even though we’ve been taking pictures of ourselves for nearly 200 years, it is only recently that the act was given a term – the Selfie. It took over 10 years of adoption before the Oxford Dictionaries awarded it the “Word of the Year” in 2013, thus cementing it into our language for eternity.

This year the word invaded our televisions with the introduction of a new Sitcom on ABC obviously named “Selfie” starring Karen Gillan and John Cho. Currently in its 2nd week of airing, I have to admit I have not caught an episode as there are a couple other things recording on my DVR opposite it. I will give it a shot once it is available on-demand or on Netflix.

But not to be left out, USAopoly, makers of a number of “-opoly” titles and our previous features, Crossways and Tapple, have introduced a new party game this month that takes the art of taking photos of yourself to a whole new (and hilarious) level! And what’s a party game without a party!?! 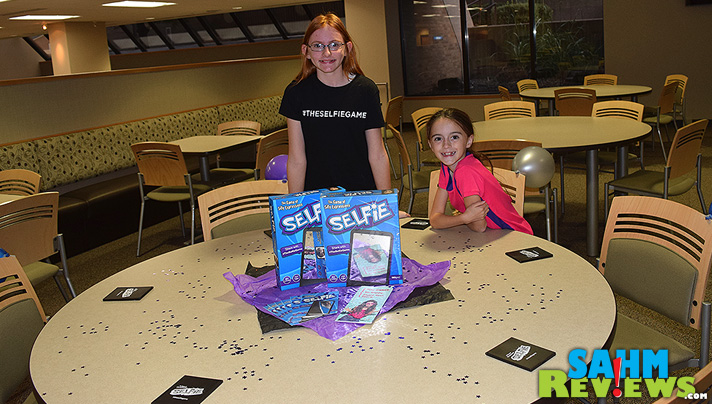 Now before you comment on the lack of people in the room, let me assure you this is just the setup. A couple months ago we discovered a weekly board game gathering in our city and have attended it quite a few times over the past month. Not only have we had fun playing old favorites, we have discovered dozens upon dozens of new titles by publishers we’ve never seen and met a number of new friends that have a common interest – board games.

This group is heavy into what is called “Euro-games”, and rather than trying to describe, I’ll quote Wikipedia again:

A German-style board game, also referred to as a German game, Euro game or Euro-style game, is any of a class of tabletop games that generally have simple rules, short to medium playing times, indirect player interaction, and abstract physical components. Such games emphasize strategy, downplay luck and conflict, lean towards economic rather than military themes, and usually keep all the players in the game until it ends. German-style games are sometimes contrasted with American-style games, which generally involve more luck, conflict, and drama.

So we wondered, will these seasoned gamers give this “Game Of Silly Expressions™” a chance? I had a plan… 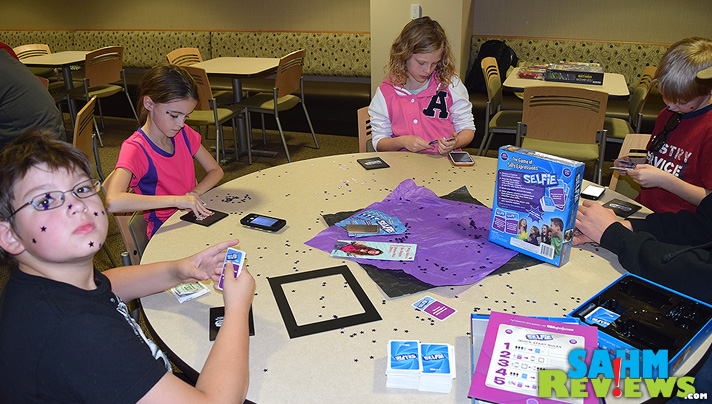 Let the kids play first! Selfie is advertised for ages 13+ due to some risque subject matter on the included cards. A quick sorting before the game and eliminating less than two dozen of the 360 cards made this appropriate for any age that can read. If you’ve ever played Apple to Apples, then the rules to Selfie will seem very familiar.

Each player received seven cards with various captions on them. These phrases are meant to inspire you to make funny face or perform a unique action that you then take a Selfie of using your own cell phone. Don’t have a phone – no problem. A phone-like cardboard frame is included to put around your face to make your own instant Selfie. The drawback – you have to hold that pose A LOT longer!

Once your photo is taken, show it to the other players and then they choose a card from their hand that they believe best fits your Selfie. So while your photo might be of you getting soap in your eye, their card might state that someone just mooned you! Same reaction, different cause. Your opponents’ selections are given to you and you choose the one that you like the best using whatever criteria you desire. The player that submitted the winning card received one point. First to five points wins!

But back to my plan. Would seeing the kids making silly faces and laughing at the captions encourage the adults to let loose a little bit? It sure did! One-by-one they pulled up a chair and joined in. Being a party game for four or more people, there was no limit to the number of players that could join.

With other board games you have a good time and get some great memories. But with Selfie, do you not only get those, you get a digital souvenir of the event! 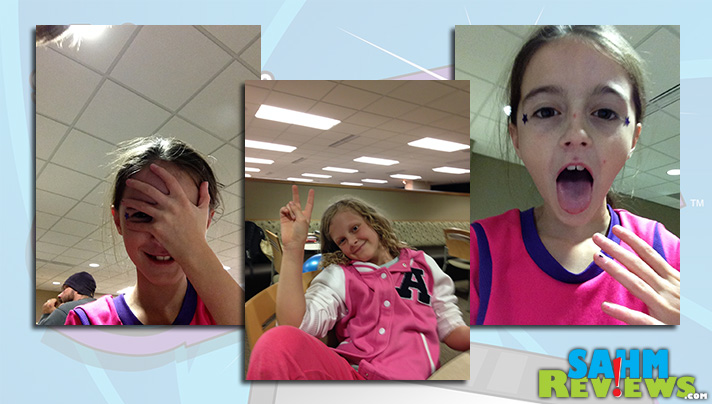 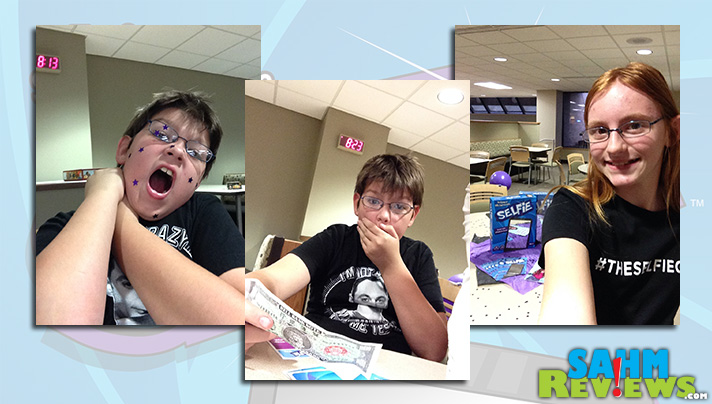 I know a number of you wish the whole Selfie fad would just go away, but history has already shown that it won’t (duck faces have to go though!). If you have a Selfie-obsessed family member, this just might be the perfect gift this holiday season. And at under $15, you’ll get more than your money’s worth in photos you can use in the future to blackmail someone with!

Celebrating their 20th anniversary this year, USAopoly has many other titles in their library that you should consider this Christmas. Stalk them on Facebook and Twitter to see what’s coming next! If you see something you’d like to see a preview of on SahmReviews, drop them a line and tell them! 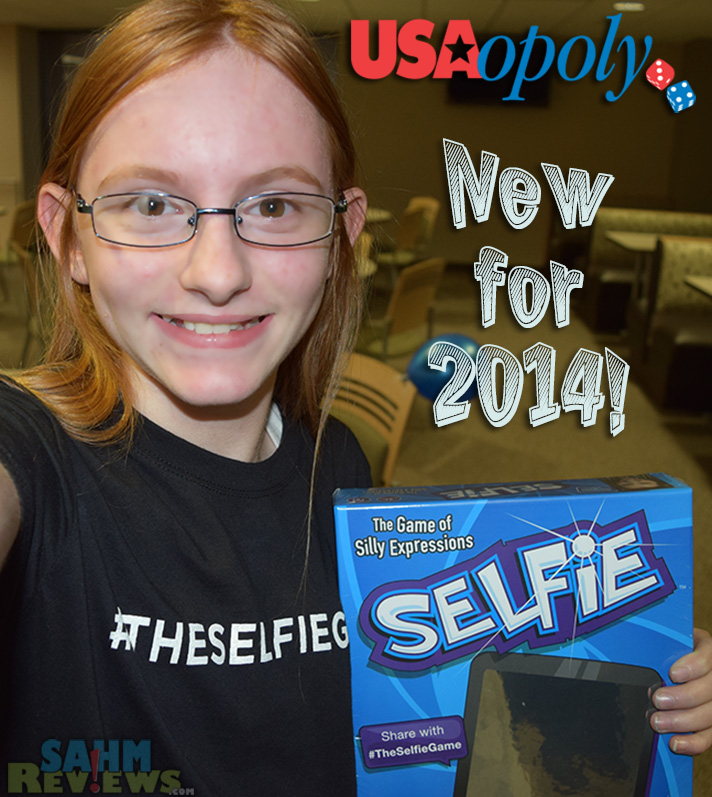