It’s been almost 21 years since I married the love of my life. People often ask what it takes to have a successful marriage. I can’t answer that. We are both retired and freelance from home. We see a lot of each other and I’m pretty sure he SHOULD be tired of me by now. Thankfully he’s not.

I think what does the trick for us is that we have similar interests. We have shared a lot of hobbies over the years from sports memorabilia to blogging. They change; the hobbies come and go. However one thing has been consistent over the years: television!

He introduced me to the Simpsons when we first met and we started watching that together. Since then, we have watched a lot of series like Star Trek, Sliders, Freaks and Geeks, Chuck, The Shield… I could go on and on. We have always recorded shows that interest us then in the evenings, we sit down and watch a few episodes at a time. I love cuddling up next to him on the couch for our little TV marathons.

A few years ago, DH told me that the days of our DVR are limited. He said it was only a matter of time before all the shows are streaming. How prophetic of him… The DVR only has a certain amount of room and can’t store as much as we would like. As an example, we recorded Parenthood when it started but we had other series we wanted to watch first. The DVR got filled up and we deleted Parenthood. Thankfully, we don’t have to worry about space limitations with Netflix.

As a result, we spend a lot of time these days streaming shows on Netflix. While we still record some on the DVR, shows like Parenthood are in our queue to watch when the kids go to bed. We are also are enjoying finding musicals, educational shows and old classics like Dinosaurs to watch with the kids. We are constantly discovering new shows to watch.

Many of our favorite shows were cancelled this season so we are on the hunt for the next one to add to our quality time arsenal. After seeing the acronym OITNB a bajillion times from friends on Facebook, I realized it is going to have to become our next new show. The new season launched on June 6th so we will play catch up on old episodes then start watching the current ones. We haven’t watched it yet but it is there and ready when we are. That’s the nice thing about streaming… 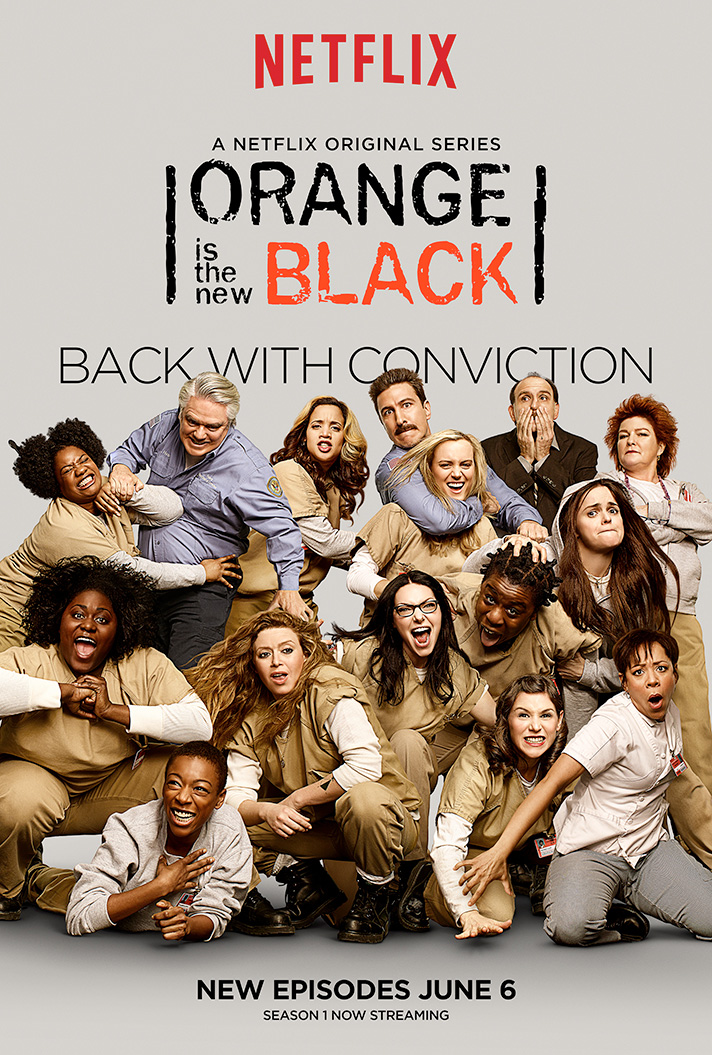 Of course, there are always others to watch: Breaking Bad, Pretty Little Ladies, Scandal and so many more. I think opportunities like this for DH and I to spend time together have been part of what has helped make our relationship so strong. No matter how much I see him during the day, I always look forward to TV time at night!

How often do you take time to chill on the couch and get lost in a few episodes?

14 thoughts on “Secrets to a Successful Marriage”