Back in April we featured Boxcars from Rio Grande Games and told you how much we thoroughly enjoyed it. For our family it was the perfect mix of strategy and luck, and the inclusion of recognizable train lines that we regularly see pass through our town was a welcome bonus. We even went as far to name it our favorite game of the first half of 2014! This week we have another Rio Grande Games offering to present and we’re hoping it lives up to Boxcars!

El Caballero (Spanish for “the knight” or “soldier”) is a true strategy game where you follow Christopher Columbus by exploring the islands he discovered. You ‘capture’ land masses and defend them against other armies, as well as deploying ships to fish the waterways to increase your wealth. 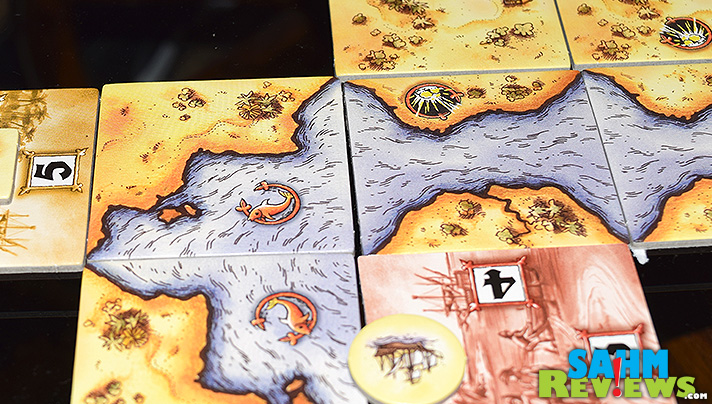 Players take turns adding to the map by playing an area tile on each turn. You also deploy your Caballeros to control the islands, with the player having the most men on a land mass receiving a scoring bonus.

If you recall reading about Boxcars, you know that not only did you need to determine which properties to buy and which route to take, you were also subject to the luck of the dice roll. Not so in El Caballero, all decisions are your own, right down to the order of your turn. This game is definitely a thinker – no distractions please! 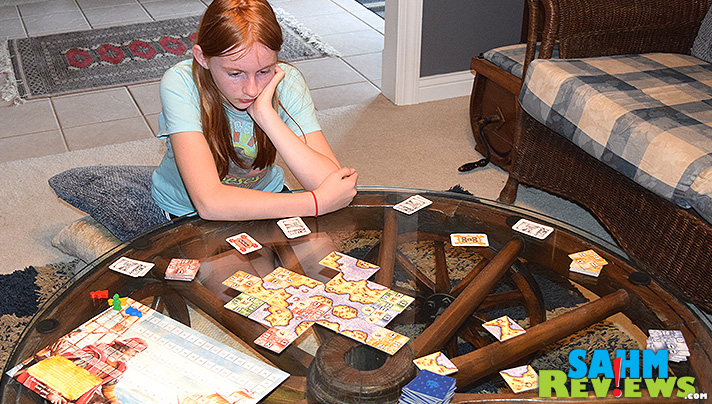 El Caballero is rated for ages 13+, and I would definitely recommend sticking to that age range unless you have someone reading and explaining the rules to everyone. My 9 & 11yr-olds took to it just fine, but only after we read and explained (and re-read and re-explained) the rules. Because the theme is Spanish, it made for some confusion (Caballeros vs. Castillos, etc.), so we ended up calling them by their American names (soldiers vs. castles) so they better understood it. 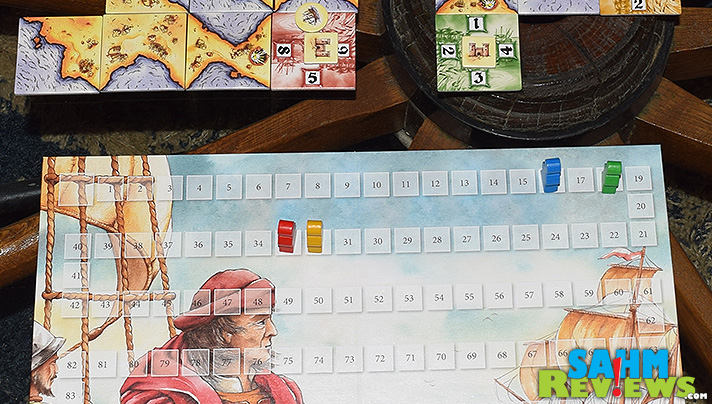 The game lasts only seven rounds, with scoring only occurring after rounds 4 and 7. This leads to some very interesting strategy decisions in those rounds. Do you go last so you can control the outcome? First so you can control the direction of the map? There are a number of other play options to deploy if you can afford them (adding castillos to protect your troops, purchasing ships to fish and even playing a special card that allows you to play two area tiles in one turn instead of the normal one).

There is even an expanded set of rules that add governors and a Grande to each player’s courts. Thankfully, Rio Grande Games publishes their rulesets online so you can determine ahead of time if the game will be a fit for your family and friends, or in case you ‘misplace’ your copy!

This is the first true 100% strategy game we’ve played and have to say it is a lot of fun. The instructions were a little difficult at first since this was our maiden voyage into this type of game, but once we began playing we found ourselves not needing to consult the rules at all until the scoring round. And then, it was only to make sure we were scoring the board correctly.

El Caballero is but one of a great line of games from Rio Grande Games. Pick up a copy for under $30 on Amazon. Drop them an email to let them know you’d like to see more of their products on SahmReviews!

Do you enjoy strategy games? What are your favorites? 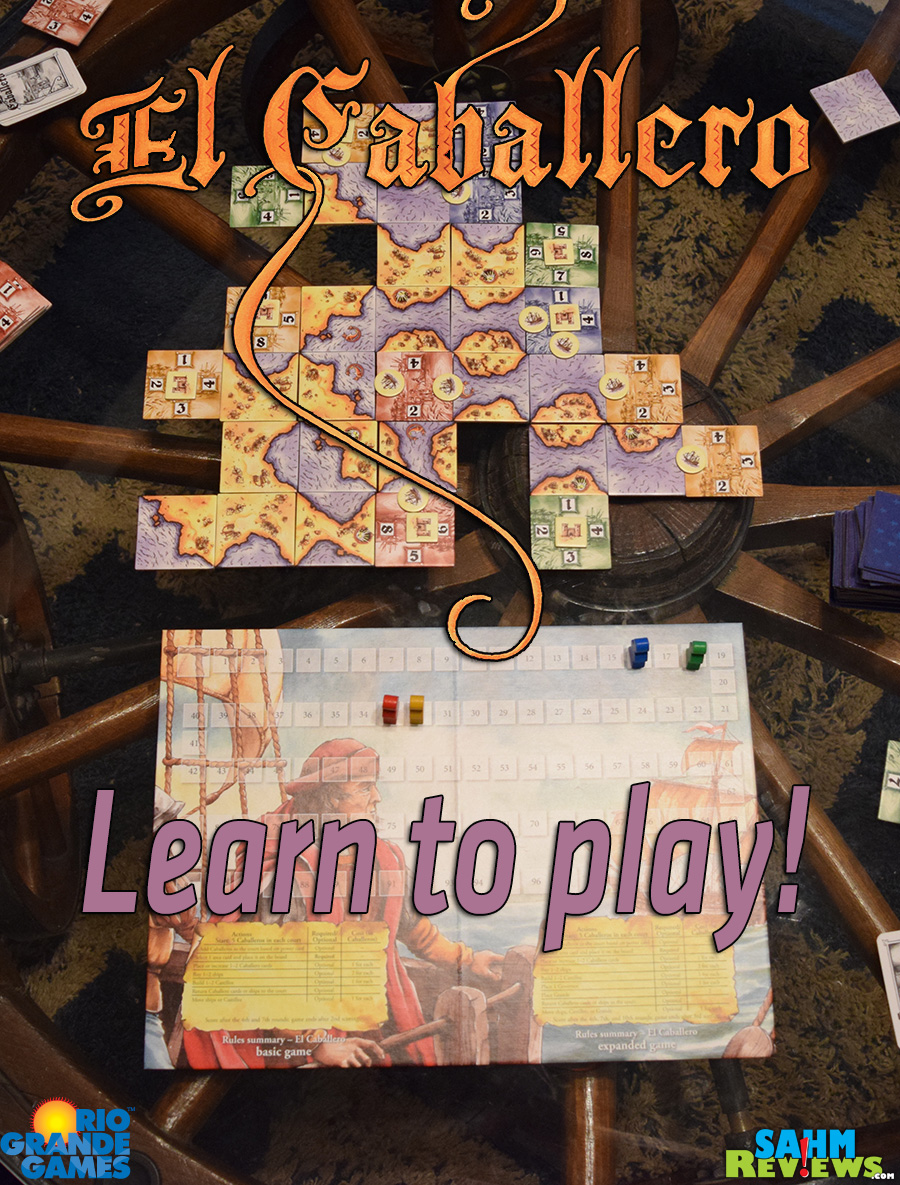