I can’t resist a bargain. Whether it’s an awesome board game picked up at the thrift store or an online discount shopping site, I love the thrill of the hunt – and the find! There have been times where I diligently collected, clipped and organized coupons and ended up with enough toothpaste, cleaners and deodorant to last a really long time.

The one thing I discovered, however, is that some things aren’t cheaper in the long run just because they are on sale. Often, a starter pack is deeply discounted or free via a sale coupled with coupons, but the refills never get discounted that much. Some examples of products that can cost you in the long run: air freshener kits like Renuizit and Glade and cleaning kits like Swiffer or Scrubbing Bubbles. The one we recently realized was a doozie – razors. Through coupons and promotions, we stocked up on several starter razor packages for hubby. We have a variety but he found he preferred some more than others. When he told me he needed to pick up replacement blades, I started searching for coupons. Know what I found? Nothing. No coupons for refills. We ended up paying a whopping $34 for replacement blades for the starter pack that was basically free. Ack. I guess I should have realized it sooner because the drugstores keep the refills in a locked cabinet but the starter packs on regular pegs or shelves. 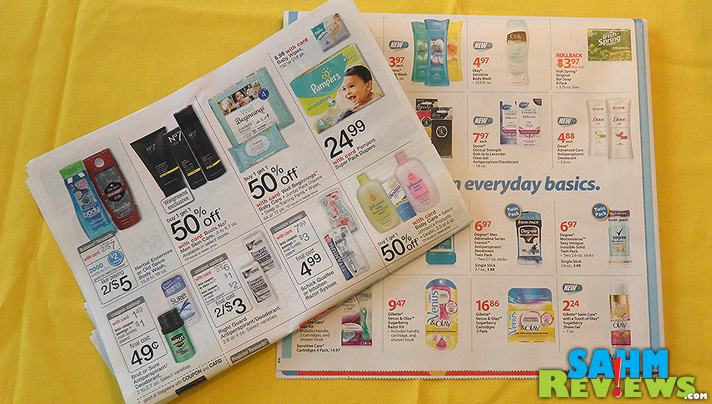 About that same time, I saw a promotion for 800razors.com and was taken in by their marketing. It hit close to home since I just spent a ton on a small package of razor blade refills. I sent them an email with my story and they said that’s a common response that they receive. They offered to send me a package to try out. I figured it would be akin to purchasing an off-name brand and wasn’t sure how we would like them but it certainly didn’t hurt to try.

They were supposed to send razors for my husband to compare to the expensive ones we had purchased but they sent a package of women’s razors instead. They compare their 5-blade razor to a Venus, which coincidentally is what I have been using. Like for the men, brand-name refills are not cheap.

I have pretty sensitive skin and figured I would end up with razor burn from an “As Seen on TV” razor. If so, I would be no worse for wear and decided to give it a try. It’s more common for me to shave in the shower than in a bath so I’m often rushing instead of relaxing. Multiple blade, super-sharp razors scare me (because I’m lazy and rush through it) and I was pretty sure I was going to end up with nicks and cuts all over my legs. To my surprise, the blades gave a close shave without causing any burns or breakouts. The razor refills have a nice aloe strip and some people might forgo soap or shaving cream. I prefer shaving cream but for people looking for that aloe strip, these have it and it hasn’t gotten all gummed up like some do. The blades rinsed off extremely easily, too, which is a problem I notice with some razors. I don’t know if it has to do with blade spacing or what but it wasn’t a concern with the razors from 800razors.com.

Wondering how much they cost? A wallet-friendly 12 cartridges for under $20, a definite savings over the pricetag on brand-name refills at the store. Think of it this way – you can buy ONE package for less than most refills. If you don’t like them, just take advantage of their Burn-Free guarantee – referring not just to your skin but also to your wallet!

37 thoughts on “When a Sale Costs You More”