Part of the fun of being an online reviewer is we get to see a lot of products before they hit the market. Some may never make it due to a number of reasons. Then there are some that make you say, “Wow, I wish I had a part of that product/company!” This is one of those items:  Monster Coats.

I could write and write trying to accurately describe what these look like, but like the old adage, in this case a picture is truly worth a thousand words… 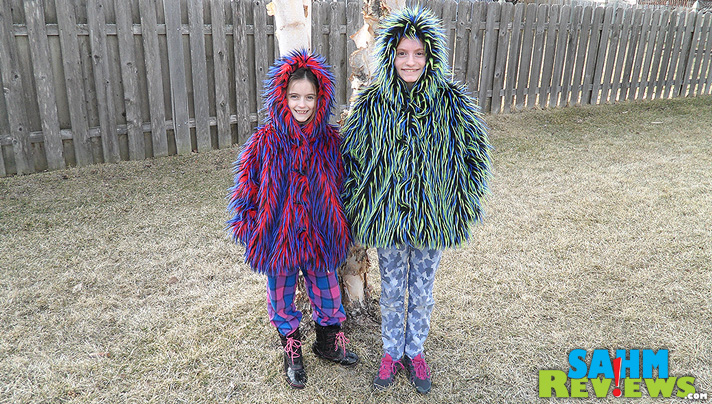 I can guarantee you have never seen anything like this. Ever. And what makes me so excited about these coats are the reactions we get EVERY TIME we go somewhere. You’d think they were rock stars or aliens from another planet; everyone wants to touch them, try them on and wants to know where to get them. I am not exaggerating when I say if I was a commissioned salesperson I could make a good living by peddling these unique coats. But up against the salesmanship of my youngest daughter (who dubbed herself “Pint-sized Fashion”) I may not stand a chance.

These coats are WARM and originally designed as ski jackets. Imagine how easy it would be to see your child on the slopes when they are wearing these bright neon monstrosities. No worries about losing them in the crowd! Of course, we have experienced the opposite as the coats draw a crowd on their own. 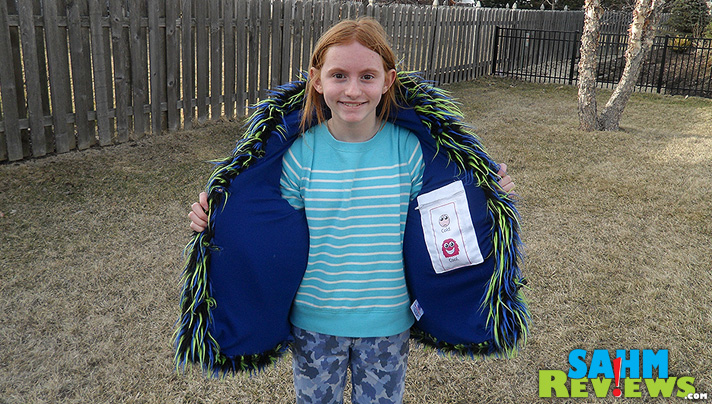 High-quality toggle buttons and a nicely lined interior let you know that this is a serious coat. The most often question we hear is if they will make larger sizes, especially for the teenage to early 20’s market. At the moment they don’t, but I hear that they may be in the works for next season! 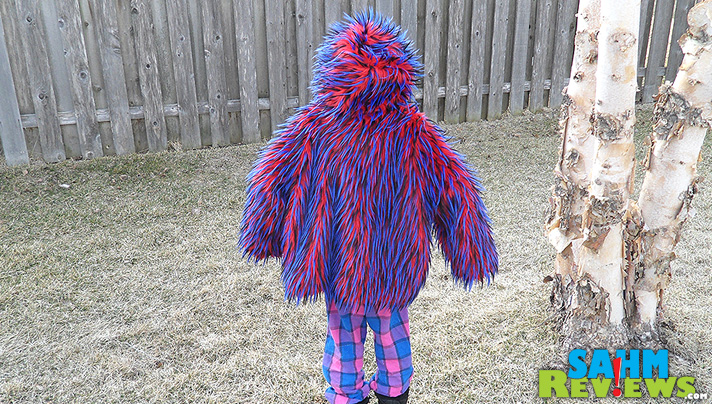 Speaking of seasons, now that we appear to be finally putting winter behind us, MonsterCoats.com has reduced the price of the past season’s line by 67-87%! They even have matching hats available!

While I am not their target wearer, judging solely by the excitement I’ve seen by the general public, this is the first time I find myself saying I wish I had a part of this company in my portfolio. Monster Coats is onto something good here, which shouldn’t be a surprise considering the team of people behind its introduction. I did mention to them that a large pair of googly eyes on the hood would be appropriate, so I’m hoping for a consulting bonus!

Find out when your size will be available by following Monster Coats on Facebook and Twitter! Be sure to check out our oldest daugher’s Monster Coats review on KidzVuz, also.