If I wasn’t opposed to music here, then I would totally have Yellow Submarine by The Beatles cranked up on auto-play and looping.

But I hate music that auto-launches because frankly, it’s just annoying and kind of clues your boss into the fact that you’re surfing instead of working. So you’ll have to sing it in your head instead. I’ll get you started. “We all live in a yellow submarine…” Keep that on auto-play while you read. Thanks.

Last month, I was notified that I had been one of 100 mom bloggers selected to receive a package of K’NEX products to test out and share. The package arrived last week while we were at parent teacher conferences. The kids were so upset that they couldn’t dive in right then and there. Unfortunately, it was bedtime and they would have to wait.

That worried them. They knew as well as I did that their dad was going to be the problem. He was as anxious to dig into the box as they were. The following afternoon, he grabbed the K’NEX Yellow Submarine set and sat down in the middle of the living room. The girls flocked to his side and proceeded to lay claim to the entire set. 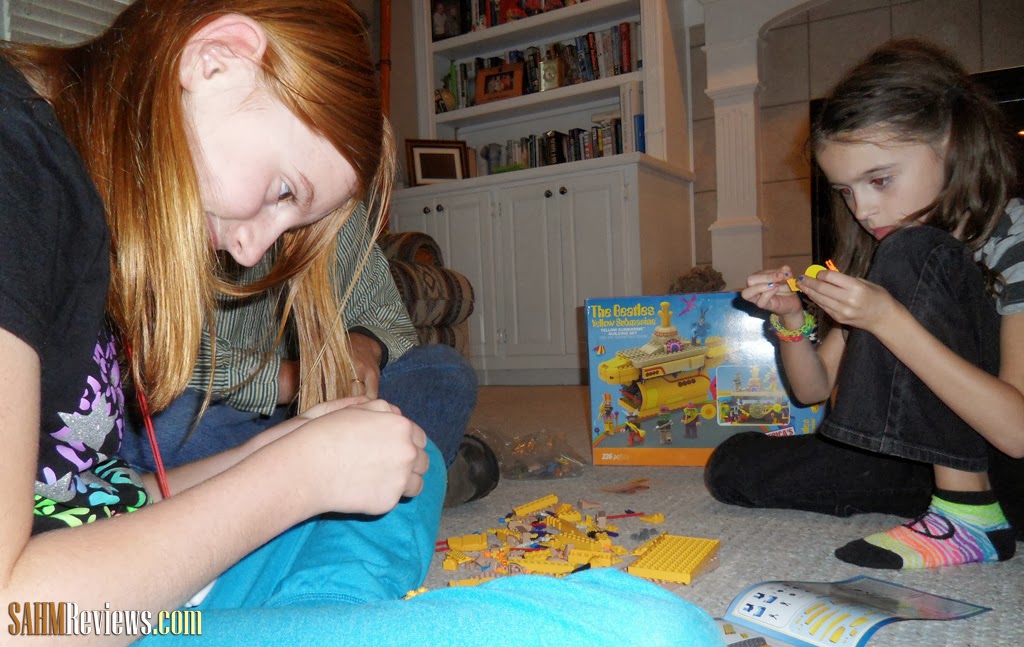 They worked on it diligently occasionally asking for help when they got stuck. Some of the pieces were difficult for them to snap into place. This cool tip would have helped if I had discovered it sooner!

The package says it’s for ages 7 to 12 but it’s really detailed. This actually would appeal to ‘kids’ of all ages and is a great project for a parent and child to work on together. 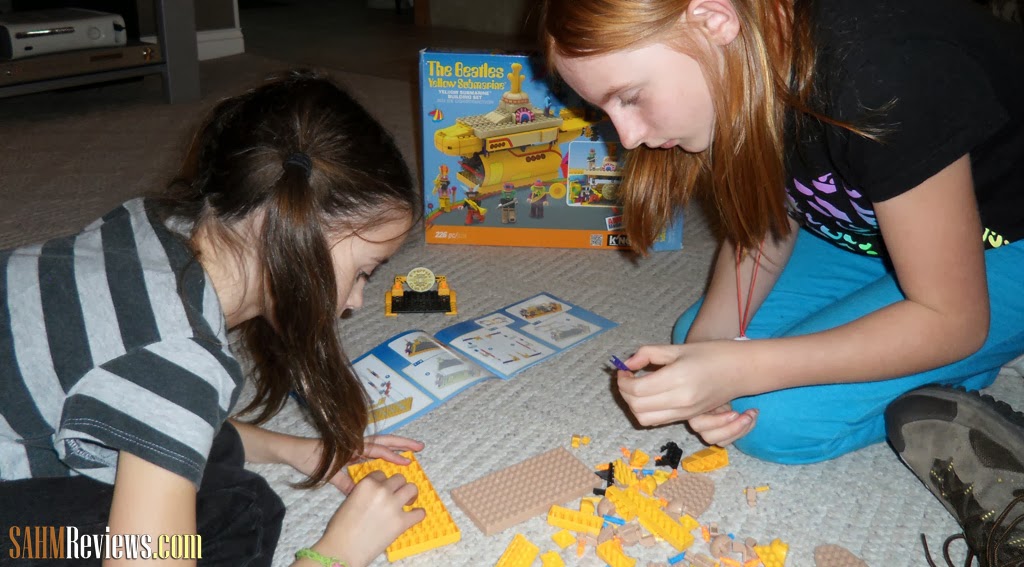 Personally, I figured they would let their dad assemble The Beatles K’NEX kit while they moved on to a different one. I mean, really, The Beatles were before MY generation. It must qualify as ancient to them. Imagine my shock as I sat next to them singing “Yellow Submarine” and they started singing along.  Little did I know that Kidz Bop Gold includes that song. Actually, there’s an entire Kidz Bop Beatles album.

When they were done assembling it, we had fun playing with the miniature figures that came along with it. Imaginative play is always a welcome thing. Family time is even better. 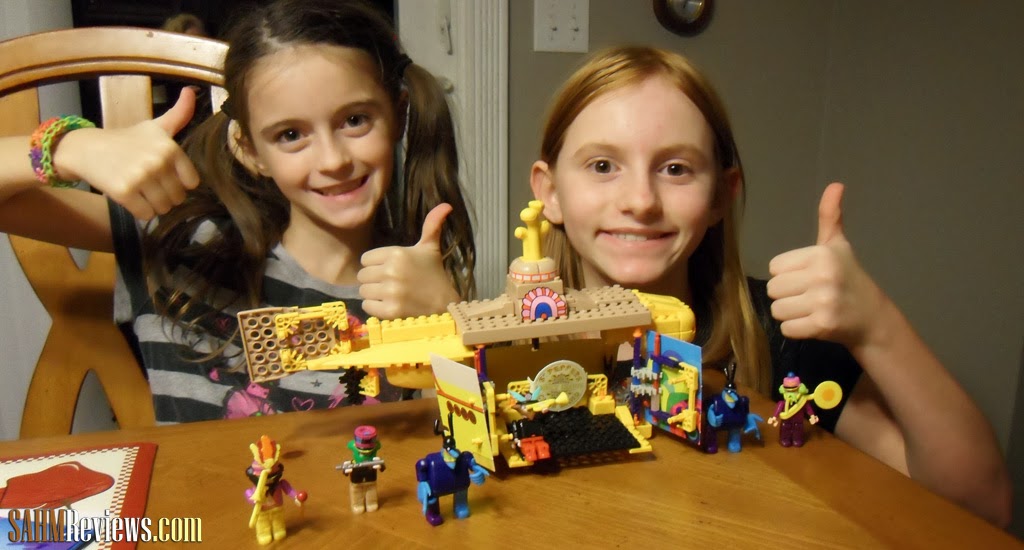 The Beatles Yellow Submarine K’NEX set is a Toys “R” Us exclusive. It’s available in stores and online. For more information on K’Nex products, visit their website or find them on Instagram, Pinterest, Twitter and Facebook. Stay tuned as we share details about some other cool Toys R Us exclusives! (Hint: Anyone a Mario fan?)