My mom enrolled me in dance classes when I was very young.   I’ve never asked why she started me in classes.  Did I show an interest in music or did the class come first and it created the passion?  Actually, until now I have never thought of asking.  Doesn’t matter, really, because the net result is that I love music and dancing and can’t resist the urge to wiggle around in my seat or tap my toe whenever I hear a catchy tune.As a kid, I remember watching West Side Story with my mom and being in total awe.  The charisma of the characters and how the music and dance combination told the story.  Of course, what kid of my generation didn’t love Grease?  No offense to John Travolta, but Olivia Newton-John was the reason I loved to watch it back then. It created role models that some of us followed for years.

As I have said in tons of posts on my blogs, DH and I try to introduce the girls to as much culture as possible in the form of festivals, concerts, hobbies, science, conventions and more.  A few weeks ago, we decided that they are probably old enough to enjoy the music and dancing in Grease, although not necessarily all the story lines behind it. We were right… they loved it an asked when they get to watch it again.  Someday, dear… but there are tons of other movies to watch first.These days, there’s a new “Grease” in town.  It’s the High School Musical franchise.  All that music and dancing!  After seeing the success of our family movie night watching Grease, DH decided the girls are definitely ready for the HSM films.  Our next movie night is already dedicated to the first High School Musical movie and we’re certain the girls will enjoy it as much as they did Grease, Swan Lake and Fantasia before it.

In the meantime, I was presented with the opportunity to talk about High School Musical: The Ice Tour.  It was kind of funny because we had just discussed the fact that we missed Disney on Ice when they came through town last month.  Since we had previously discussed introducing the girls to the HSM franchise of movies, DH and I had also been talking about taking the girls to see High School Musical: The Ice Tour.  Interesting how things just fall into your lap sometimes, isn’t it?

I’m very excited to say that I have a Family Four Pack of vouchers to the March 16-17 event at the iWireless Center in Moline, Illinois.  Yes, I’m bragging that the girls will definitely be seeing this event, but I’m also bragging that I have EXTRAS!  Feel like making the trek to Moline with three of your favorite High School Musical fans?  You guessed it, these extra vouchers are for one of my lucky readers!  What’s the catch?   Well, the vouchers can’t be sold so if you don’t know someone in the Quad Cities or surrounding area that can make use of these then you probably don’t want to enter.  The vouchers need to be redeemed at the iWireless Box Office for any available seat (excluding Front Row and VIP) for your choice of the March 16th or 17th event.

If you’re game to enter my giveaway, the details follow.  If you’re unfamiliar with blogs and skeptical, you can purchase tickets at Ticketmaster! 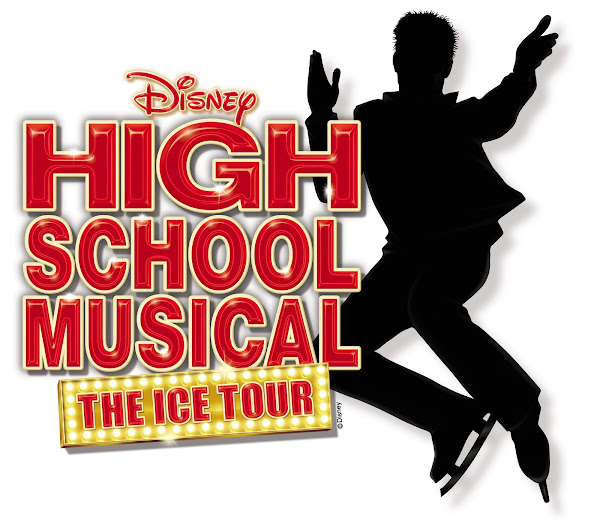 The Prize: 4 Vouchers for High School Musical: The Ice Tour at the iWireless Center on March 16th or 17th.

Participants –
…must provide an email in the first comment, email me directly with an email address or have email accessible from their profile. Winner has 48 hours from posting/notification to respond. If winner cannot be contacted, I will move on to the second random selection.  These are time sensitive!
…must reside within distance to iWireless Center, Moline, Illinois.

Sometime on March 10, 2009, a winner will be chosen at random (using random.org) from all comments left

This is a very exciting giveaway for my local readers.  If you don’t live in the area, you can enter on behalf of someone locally but please leave a note in the comment of who you’re playing for… For example, “My sister lives in the Quad Cities and she would love to take her kids.”

Interested in doubling your chances to win?  Flip over to my personal blog, SAHM Ramblings, for a separate giveaway for another 4 pack!

Don’t fret if you can’t make it to the iWireless Center, High School Musical: The Ice Tour may be coming to your local arena! Check out Ticketmaster for their schedule!

12 thoughts on “Grease for the Next Generation (Contest!)”