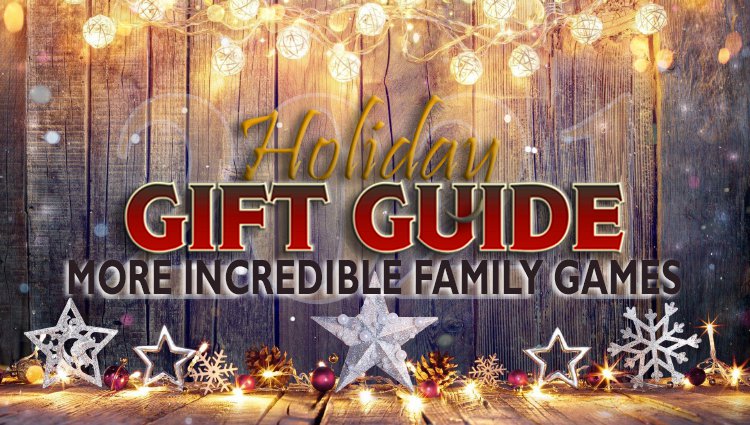 We’ve been hard at work putting together gift guides to help you with your holiday shopping, offering an assortment of gift ideas for a variety of ages and interests. Each year, we kick of these guides with a list of family games, but we always have more than we feel should fit on one list. As we’ve said many times in the past, games create opportunities for bonding, open doors to discussion, get families offline, help with strategic thinking, teach people to win humbly and lose gracefully AND are fun! Hence we created this list of MORE amazing family games. I mean, really, you can’t have too many games. Right? Thank goodness that Scott and I are on the same page with that thought!

As you (should) already know, our

logo is an indication that we’ve highlighted the game in more detail here on the site. If something looks interested, click on that logo next to the brand name and it will take you directly to the article. As an added note, while we classify these as “family” games, that doesn’t mean parents and small children. They’re great for playing with families of any age and friends as well. 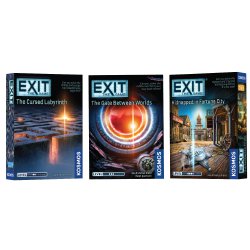 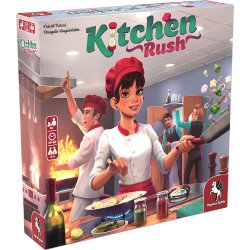 Manage a flourishing restaurant in this dynamic, real-time cooperative worker placement game! A new revised edition, this fresh take introduces a modular game board with campaign-style game play and an easy starting scenario to teach players the rules of the game. Work your way to garstronomic fame in the restaurant biz with Kitchen Rush from Pegasus Spiele! 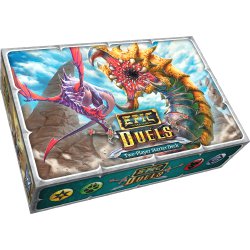 Duels is an easy-to-learn two-player starter set. It’s perfect for inexperienced players, is a complete game on its own, and is fully compatible with all other Epic sets. Duels uses only four keywords and includes a step-by-step walkthrough for beginners. While it focuses on simpler gameplay, it is balanced with other Epic sets and is still a terrific addition to experienced players’ collections. The box includes 60 all-new game cards, 34 token cards, score cards, rules reference cards, “Gold” trackers, and a rulebook. 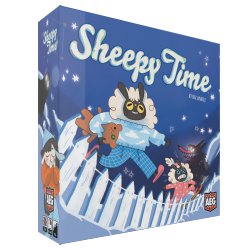 The sheep that people count in order to drift off to Dreamland! Each time you jump the fence, you help everyone fall asleep easier. But beware the Nightmares that haunt these dreams and threaten a rude awakening. Play your cards right, use your Zzzs on the sweetest dreams, and prove you are the dreamiest sheep of All! 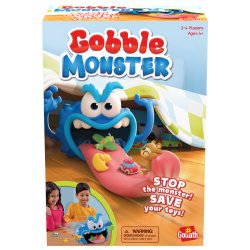 Uh oh! You’ve left your toys out and now the Gobble Monster wants to eat them up! Can you and your friends save them all? Each player draws a card to find out which toy gets saved next. Can’t pick ’em all up? Then this hungry monster’s long tongue will finish the job for you! The player with the most toys after the Gobble Monster gobbles up what’s left is the winner. Requires 3 AAA batteries, not included. For 2-4 players, ages 4 and up. 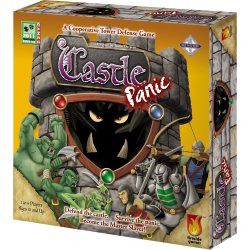 Castle Panic is a cooperative tower defense board game for 1 to 6 players. Players must work together to defend their Castle from almost endless waves of attacking Monsters! The co-op element makes Castle Panic a great family game, and the perfect kick-off for your weekly game night. 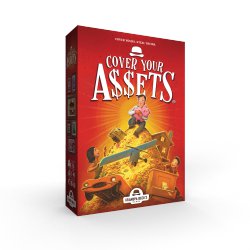 Cover Your Assets has a brand-new look!

Battle to become the first millionaire by collecting sets and building an alternating stack of matching asset pairs! Be careful, the top set on your stack can be stolen by other players! This new edition includes new art, assets like Comic Books, and action cards for new ways to play. 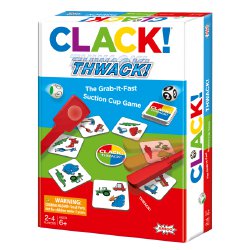 One red image? No animals? Thwack!–use your suction-cup swatter to pick up matches as you race to collect the most tokens. Watch closely – if no tokens match, thwack the center tile to win them all! 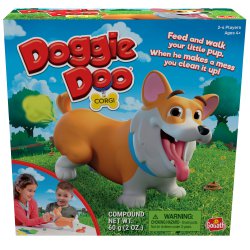 It’s the dog that doos – Corgi style! Don’t be fooled – this adorable little dog packs a poopy punch! Feed your Corgi, and then squeeze his turkey bone. After he makes some gross gassy sounds – plop! Don’t forget to clean up! Be the player with the most doos when the food is gone to win! For 2-4 players, ages 4 and up. 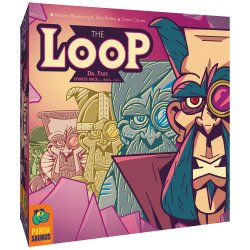 The LOOP is a quirky cooperative game where everyone must unite to battle the evil Dr. Faux. In the game, players are Temporal Agents tasked with gathering powerful artifacts, defying the Doctor’s clones, and sabotaging his maniacal machine. 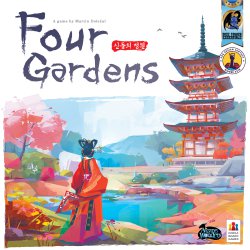 Long ago, in a beautiful Eastern kingdom, a queen and her people pleased their Gods by building a mystical pagoda. The pagoda housed the four Gods and towered strong over the magnificent kingdom. As time passed, the queen fell ill, and she summoned her people to compete for her crown. The crown would be passed to the person who could build the best garden around the pagoda. 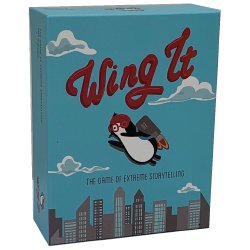 Wing It is a hilarious storytelling-themed party game. First, a judge reads aloud a Situation, then each player chooses 3 of their 5 resources to tell a story about how they’ll resolve it. You and your friends dream up ways to overcome each funny Situation (e.g. you’re being chased by rare carnivorous rabbits…) using Ridiculous resources (one pound of leg hair, a snobby orangutan, and a magic flying dish towel…). Leads to many laughs! 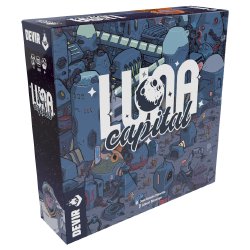 The dream of maintaining human life on the surface of the moon has now come true. The project to build cities on Earth’s beloved satellite is under way. Things are moving full speed ahead too, the possibilities are enormous because this is 1977, the year when lunar living becomes reality. The most enterprising companies have decided to sponsor teams of scientists, builders, publicists, and freelance nightlife entertainers to set out to construct the best client base in the galaxy. On top of this out of the world chance, the Lunar Colonization Authority shall assign the capital of the Moon to the best of the projects! 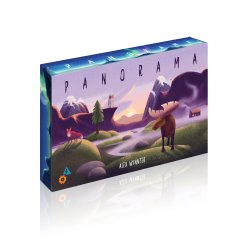 Panorama is easy to learn with elegant rules! Choose a card from your hand, add it to one of your panoramas, then pass the rest to your neighbor. Cards score based on other cards in your panoramas!
• Work together to build an awe-inspiring horizon
• Cooperate with your neighbors while competing for highest score
• Two beautifully illustrated decks with unique scoring mechanics 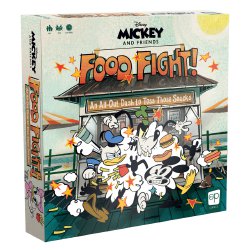 A nostalgic invitation to play inspired by the Mickey Short “No Service”! It’s a carefree day at the beach with your favorite Disney friends, until a lunchtime food fight ensues! Get in on a chaos of concessions by tossing different dishes and treats from the Snack Shack to clear your tray the fastest! Simultaneously roll dice and follow what types of food to toss, how many, and in which direction… while avoiding others’ food! Empty your tray and be the first player with three Mickey Medals to win the Mickey and Friends Food Fight!

I would be remiss if I didn’t remind you to keep watch for our holiday giveaways. Some of these items will be participating! So use the links above to order these games in time to gift for the holidays then return daily to check out the giveaways and enter to win copies for yourself.

49 comments on «Unplug and Reconnect Offline This Season With More Amazing Family Games!»