If you’re looking for a game that brings the family together, you were probably searching through our guide to family games that kicked off our holiday content. We appreciate your faith in us to provide you with a checklist of gift ideas for your entire family. But we also know that families with older kids or adult children need games that are little more complex, sophisticated or time-intensive. For that reason, we like to create a list of games for teens and adults that you can gift to older kids and friends!

We hear you. Below is exactly that: 20 games of various themes, price, player count, age range and length. We’ve featured a few of them in more detail, identifiable by our clickable

logo behind the brand. Tap through the logo to get a more in-depth explanation of the game! If it sounds like a good fit, click the “buy” button to easily find it online. Whenever we craft these types of shopping lists, we always encourage you to grab the ones that are of most interest to you. I cannot stress that enough this year since so many more people will be shopping online. Finding the right gift for older kids and adults is always difficult so we hope you’ll find something for someone on your list! 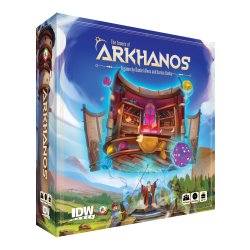 Become wizards and help build the mystical Towers of Arkhanos! Roll and draft dice that become part of the towers themselves, learn and cast powerful spells to alter the dice, and rise above the competition with strategic moves in this family game of 3D tower building! 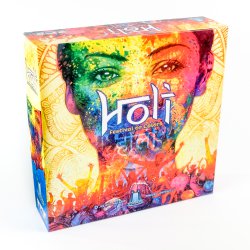 Spread color and joy during one of India’s most vibrant festivals. Climb up a stunning 3D board, covering the crowd with colored powder by playing puzzley pattern cards. 2-4 players, 30 minutes, 13+ 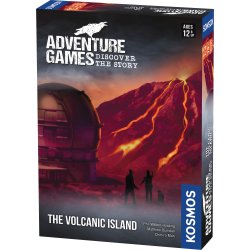 In this cooperative game, you take on the role of four students traveling together on a remote and mysterious island. You are looking into some strange events that have been happening — incidents that the police believe are natural occurrences, things to be expected on a volcanic island such as this. But is everything really as normal as it seems? Or is there something else behind what is happening at the volcano? How the story ends is entirely up to you.

Aquatica is a deep, but easy to learn family engine building game about underwater kingdoms. Take on the role of one of the mighty ocean kings and bring glory to your realm! Capture and buy new locations, recruit new characters and encounter plenty of mysterious ocean creatures!

Slice your way into the fourth deck of this incredible, best selling series! Zombies & other creatures will have you changing up your direction trying to outsmart your opponents and strengthen your strategy! A new private deck option adds another secret weapon to your master plan at taking the victory – Check out Silver Dagger for this new array of adorable roles!

Gloomhaven: Jaws of the Lion

You are a member of “Jaws of the Lion”, one of the most infamous mercenary groups in this run-down backwater city of Gloomhaven. When a sinister cabal starts disappearing the less fortunate of the city, it somehow falls to you to get to the bottom of it….so long as you get paid for your trouble. 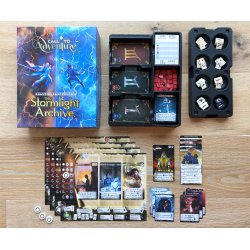 In a world torn by storms and war, only the Knights Radiant can face the wrath of Odium! This is the official board game of Brandon Sanderson’s epic fantasy series, The Stormlight Archive®. Using the Call To Adventure game system, it challenges you to build original characters in the world of Roshar. Over the course of the game, you will acquire traits, gain allies, and overcome challenges. Play competitively with 2-4 players, or face Odium in solo or co-op mode. Win or lose, every game creates a unique story! 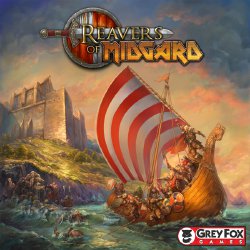 Reavers of Midgard is a single worker placement game with elements of set collection, dice combat and engine building set in the Champions of Midgard universe.

In Reavers of Midgard, you’ll be looking to gain glory by raiding nearby villages for their riches, sacking well-fortified castles and battling both man and monster on the open seas. You’ll not only need to take your rowdy crew of vikings and the food needed to keep them happy along for the ride but you’ll also have to recruit a crew of elite warriors – the Reavers. 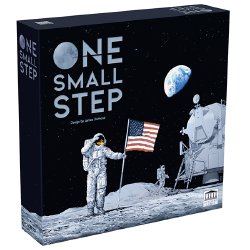 One Small Step challenges players to lead the US and USSR Space Agencies in an engine-building, worker-placement “race to the moon” Eurogame for teams of 1-2 players each. 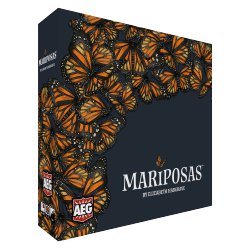 Every spring, millions of monarch butterflies leave Mexico to spread out across eastern North America. Every fall, millions fly back to Mexico. However, no single butterfly ever makes the round trip. Mariposas is a game of movement and set collection that lets players be part of this amazing journey. Mariposas is played in three seasons. In general, your butterflies try to head north in spring, spread out in summer, and return south in fall. The end of each season brings a scoring round, and at the end of fall, the player with the most successful family of butterflies wins the game! 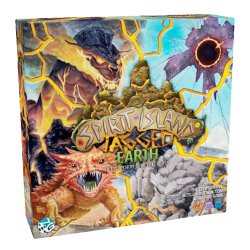 Peril racks Spirit Island. The invaders are more numerous and more capable than ever before. As hope begin to fade, defense of the island falls to those spirits more in tune with the danger and chaos of the natural world. Will you be able to harness their power to protect the island or will it fall to the persistence of the invaders?
Whatever the outcome, Spirit Island will never be the same after the time of Jagged Earth!

A set of 218 custom, wooden tokens including Energy, Fear, Beasts, Wilds, Disease, Strife, and even the new Badlands tokens! This set of tokens comes packaged in a full-color box roughly the size of the Branch & Claw expansion. 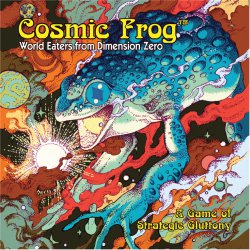 Use your 2-mile-tall, overpowered, cosmic frog to harvest terrain from a crumbling piece of a shattered planet before the other frogs can grab all the best stuff! 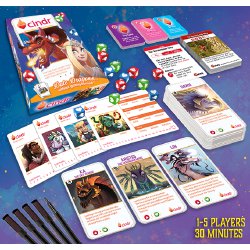 Date Dragons, Without Getting Burned!

Are you a dragon looking for companionship? Or just the adventurous type, looking to join the exciting dragon dating scene? Cindr is a ‘push your luck’ dice game that allows players to set up a dating profile and then thumb through potential matches, seeing if a given dragon sounds compatible. But watch out, just 3 Flames will leave you burned, scoreless and searching for love all over again. 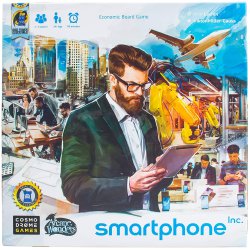 In Smartphone Inc., you become a CEO of one of the largest smartphone-producing companies in the time when smartphones were only beginning to conquer the world. Research technologies, develop your factory, build your worldwide office network, and outprice your competitors. 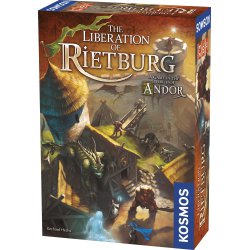 In this stand-alone title set in the fantasy world of The Legends of Andor. The creatures of Andor have taken over King Brandurs fortress. During the game, each player takes on the role of an Andorian character in this Cooperative Andor Game. However, only by working together and using each of their character’s unique abilities will the heroes of Andor be able to accomplish four of the six tasks needed to free Rietburg and win the game. 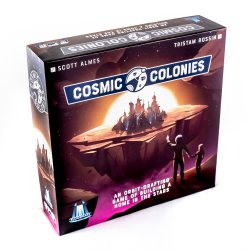 In Last-Second Quest, you and your opponents are adventurers in a rush! With a gridded board representing your backpack and a big pile of random items, you have only seconds to pack as many items as you can!

Each round, you get a new quest with a unique set of required and forbidden items. Pack the required items and avoid the forbidden ones! Once everyone is packed, take turns defending your choice of items, then score based on how well you prepared, and how few empty spaces are left over. The best prepared adventurer wins!

Legendary: Into the Cosmos 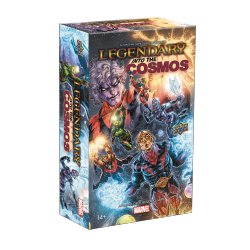 If you have a large family or host get-togethers, check out our list of party games. This list of toys and games for younger kids should come in handy if you have kids in that age bracket. Use our Home and Electronics guide to find ideas for yourself and your household. Pick up a few card and dice games to give some variety to your game night, too! Of course, we also encourage you to keep tabs on our current giveaways for a chance to win one of the many, many items we’re giving away to our readers! 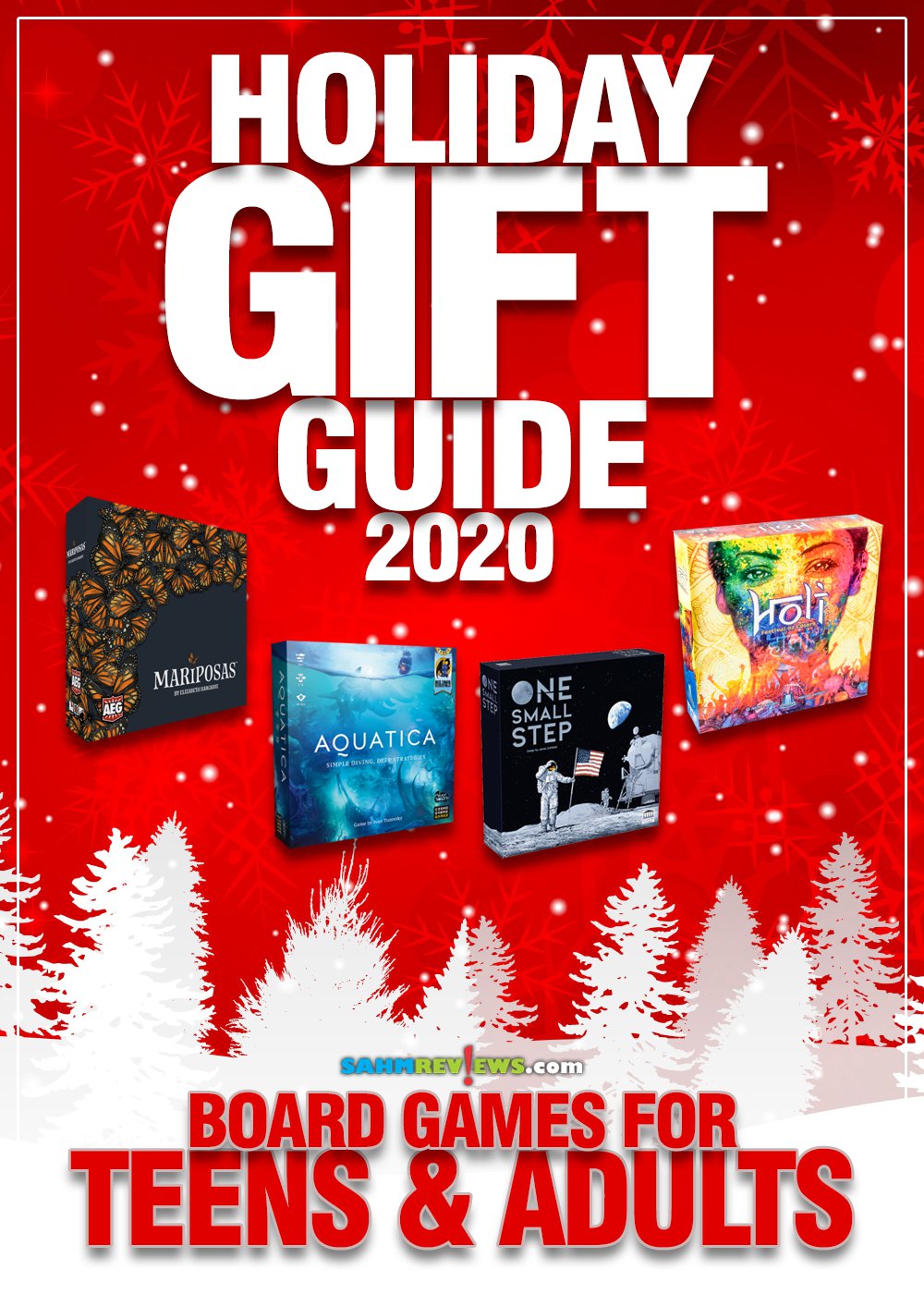 33 thoughts on “Older Kids and Adults Enjoy Games Too! Reference This List While Shopping!”