One of our favorite series of games is the Exit line by Kosmos. If you haven’t played, it’s an ongoing string of escape room games that are filled with puzzles, challenges and brain teasers. You really have to be able to think outside the box to successfully complete one in the allotted time. In a year where real-life escape rooms aren’t a thing, they’ve been a great escape from reality (pun intended).

We’ve recently discovered another series of games from the same company. Kosmos’ Adventure Games: The Volcanic Island is the third issue in the line and has us wishing we had discovered them earlier! The best thing to compare them to is those old choose-your-own-path set of books from decades ago. Each turn you will decide where to move, what locations to explore and what to do with what you find. All along you’ll uncover more of the story, eventually leading to a final chapter to close out the experience. 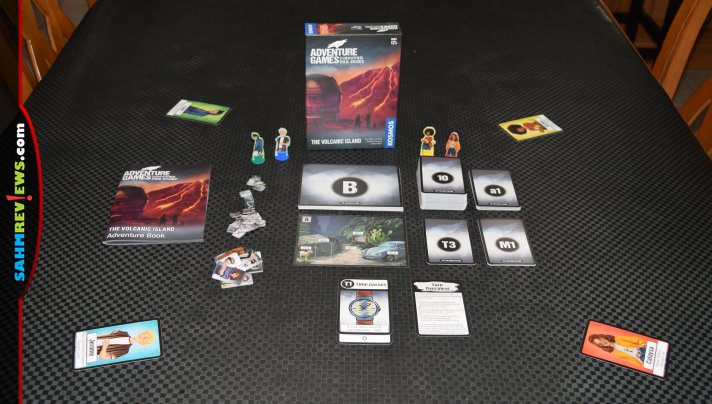 Much like an escape room game, it is next to impossible to tell you a lot about the gameplay without spoiling parts of it for you. Inside the box you’ll find a large deck of location cards, four smaller decks of different-numbered adventure cards and various tokens and player standees. All cards are kept face-down and are not revealed unless the game tells you to. Additionally, an adventure book will guide you through the story and game. Resist all temptation of thumbing through it! 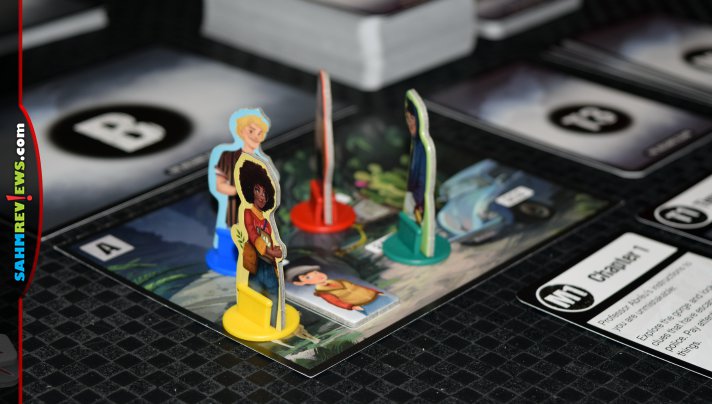 At the beginning of Adventure Games: The Volcanic Island you will reveal the “A” location card as a starting point and the T1 and T2 cards which help you track your team’s level. This is a cooperative game and it is highly suggested you take notes as you go along to help you keep things in order. The game is broken up into four chapters, with three of them taking about 75 minutes each and one nearly 2 1/2 hours! Fortunately, every item and card is numbered so you can easily take a photo and/or write down where you are in the game so you can save your progress and pick up at a later time. 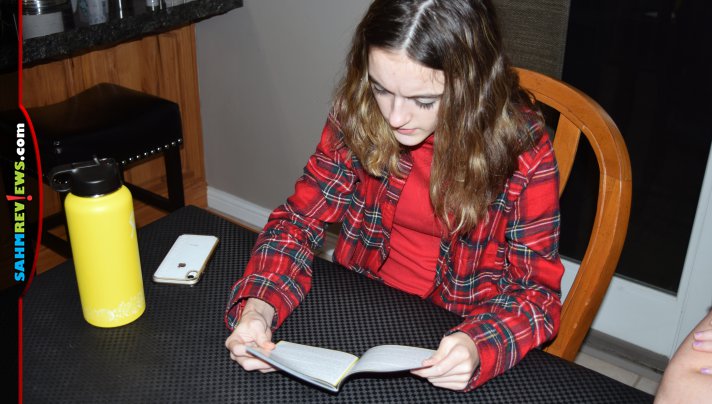 Turns happen in clockwise order and you will always do the same things. First, you’ll move your character to a face-up location card or to another location on the same card you are on (or remain in the same spot). Next, if you moved to a location that has not been revealed as of yet, you’ll do so and read the corresponding entry in the adventure book. If already revealed, you may re-read it at any time. 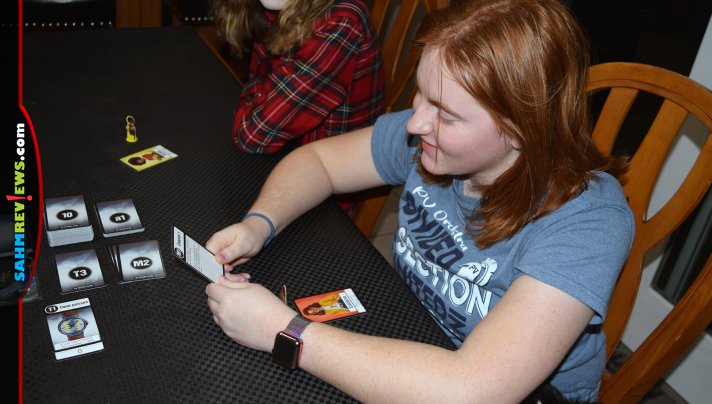 You’ll then take one action and only one action. You may explore a location, read the matching entry of the same three-digit number in the adventure book. This could unlock new adventure cards and/or give you more information about the story. Some locations change over the course of the game, so you may need to travel back to one you already visited to get the updated information!

Adventure cards are sometimes items that you carry. As another possible action, you can combine two cards, or a card and a location, to unlock something further. Usually their usage is obvious (like using a can opener to open a can), but other times it can be quite vague. Items can be combined at any location, but if using an item with a location card, it must be done at that specific spot. To find out the results of a combination, append the highest number to the end of the lowest number on the cards and look up the entry (four- or five-digits) in the adventure book. 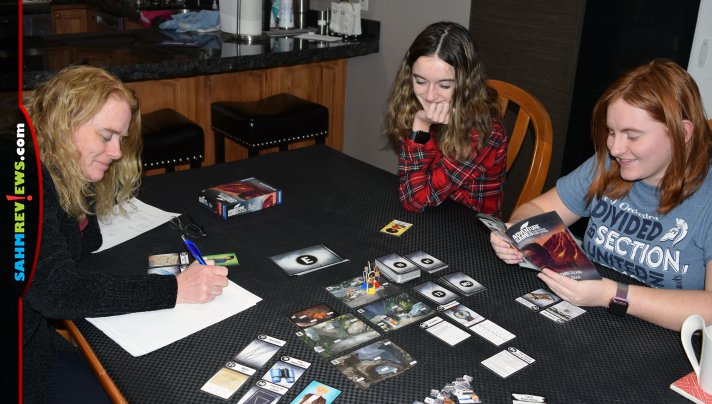 To cut down on reading you could elect to use the Kosmos Helper App (iOS, Android) to immerse you into the game and keep your team on track. If you ever find yourself stuck, you may choose to look up the number of an adventure or location card in the last pages of the rulebook to get a hint that won’t spoil the story for you. Here’s a free one – the story has two complete endings so you’ll want to play through a second time (at least) so you can experience both scenarios! That’s a full 750 minutes of entertainment in one box! It’s one of the many reasons we suggested it in this year’s gift guide of games for teens and adults!

You can find in-stock examples of Adventure Games: The Volcanic Island at your local game store, direct from Kosmos on their website or via Amazon with free Prime delivery. We’ve already heard there will be additional titles in the Adventure Games line, so keep track of them by following Kosmos on Facebook or Twitter!

Have you played any of the other Adventure Games scenarios?