I starting playing the Pokémon series when I was about seven or eight years old. I had a neighborhood friend who introduced me to Pokémon and helped me learn the mechanics of the games. The first game I had played was the original Platinum version. My favorite Pokémon started on that game and ever since I got the newer versions, I would transfer them with me. When a new game in the industry was released, I made sure to buy one. It has been about seven or eight years since I started playing and I don’t plan to stop anytime soon.

Back last November, my family was invited to travel to the Nintendo Headquarters up in Seattle. I never thought that dream would become a reality until then. Nintendo, the birthplace of Mario and Luigi, Zelda, and Pokémon! It was an experience of a lifetime. When my sister and I were there, we got to meet Pikachu, hug and take pictures with him. My inner self had to keep from going wild. I was so excited! In preparation for the trip, Nintendo gave my sister and I new 3DS consoles so we could play some of the newer games that the older 3DS consoles couldn’t handle. Two of those games that our old DS consoles couldn’t handle were Pokémon Ultra Sun and Ultra Moon. 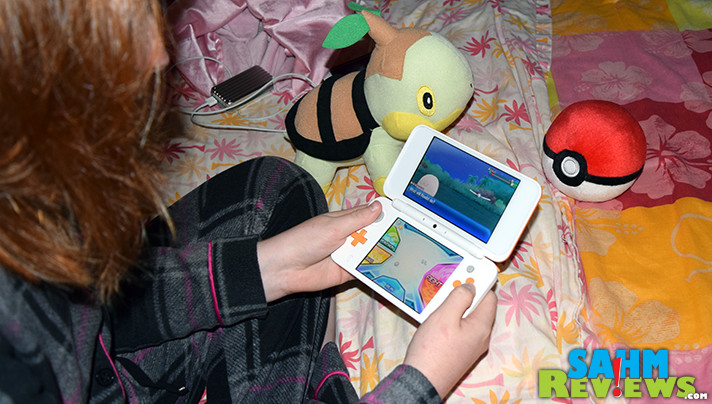 I typically begin the Moon games with the same starter for the Alola region, which is the place you play for all Sun and Moon games, which is my proud fire-type Litten. But for my new Ultra Sun version, I decided to change my game play a little. I started with a new beginning character and tried to raise the best team possible. So far I’ve been doing decently well. 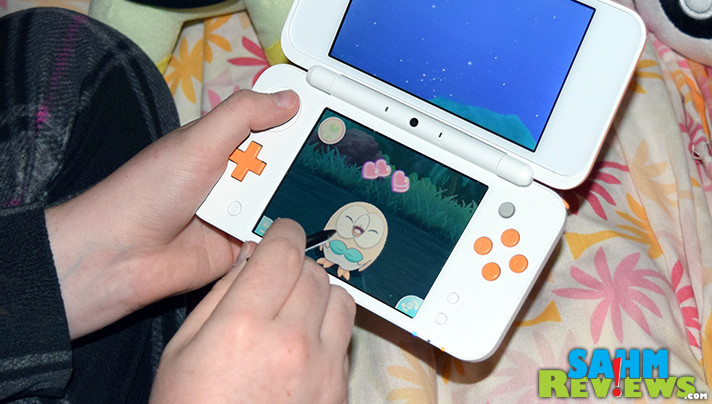 One of my favorite things about the newest Pokemon games is the fact that after a battle, the owner can choose to care for their Pokemon in their team. You can brush them, clean them, feed them tasty beans and increase their friendship level! The better of a relationship you have with your Pokemon, the more likely it is that your Pokemon will evade or avoid an attack from an opponent. That way, there is a higher chance that you could win the battle.

After playing both the Sun and Moon games, and having different experiences with both, I have decided that the Moon games are my personal favorite. I’m a huge fan of everything dealing with the stars because I want to become an astrophysicist when I grow up. The Pokémon Moon games are straight into the heart of dealing with stars. I’m not saying that the Sun games aren’t, but I just tend to gravitate toward the Moon games more. Sometimes, the reason I float towards specific games is because I think that the Legendary Pokémon sponsored in that particular game looks cooler than its counterpart. As an example, Lugia is in Soul Silver and Ho-Oh is in Heart Gold. I picked Soul Silver because Lugia looked cooler than Ho-Oh. 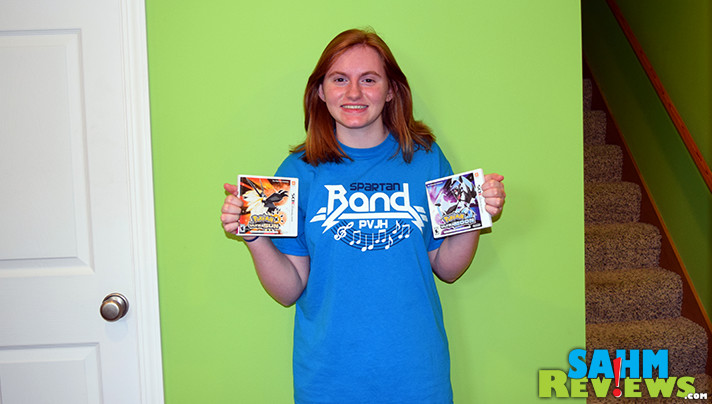 Just like me, I can see why someone would choose one game over the other. Pokémon games always release in corresponding pairs, whether it be Sun and Moon, X and Y, Soul Silver or Heart Gold, and so forth. That way, people can choose which of the games they want, even if they are practically the same game. The Ultra Sun and Ultra Moon games have the same story line, but different skins, so it is more practical if someone just buys one of the two and not both.

I highly recommend playing the Pokémon games if you haven’t already. There are tons of different versions, dealing with different regions, and sometimes, different dimensions. There is a huge variety in every single game and every person of every age gets to choose how they want to play. There’s currently 802 different Pokémon to collect and with six on one team, there are tons of different ways to play. If you’re looking for an exotic adventure, this is the place.

You can find Pokémon games at electronics retailers such as Gamestop or Best Buy as well as on Amazon. Keep up with the latest Nintendo news by watching Nintendo Minute or following the Nintendo Twitter and Facebook social channels. Hopefully we’ll be able to share about the products they announced last week at E3!

Who is your favorite Pokémon character?