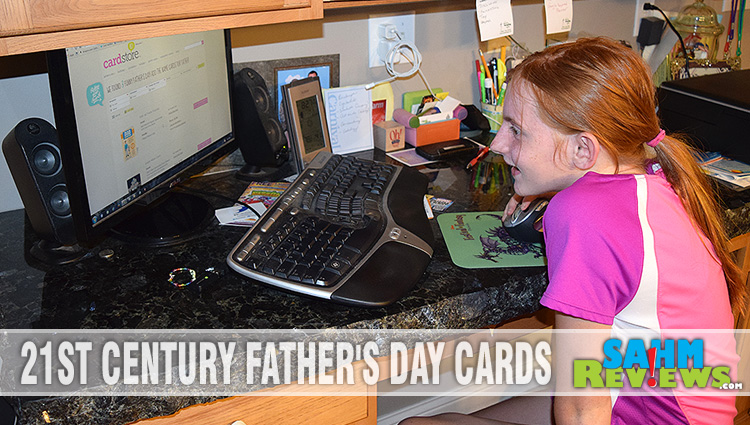 As a mom fortunate enough to have a stay-at-home-dad in her life, I see every day how difficult the job of fatherhood really is. We’re already approaching the days where “Mom doesn’t know” so the girls often question my answer even to the simplest of questions. Rather than arguing over something trivial, I find myself frequently responding with “Go ask your dad.” As the girls get older, I suspect it will only get more difficult. Fatherhood is a job filled with love, tenderness and compassion as well as sacrifice, financial burden and emotional hardship. It’s filled with priceless memories but most of the time, it’s thankless.

It’s a tough job filled with unscripted moments and that’s what Cardstore successfully conveys in this #WorldsToughestJob video:

It’s difficult to buy something for the man who has everything. Each year for his birthday, we add to his journal and it has become a great recurring gift. Emotionally rewarding. This year, we’re taking the time to create cards for him. The process was remarkably easy! The girls were able to do it by themselves.

Here’s how it worked with Miss K, our 9 year old:
After I logged her onto the webpage, I navigated her to the Father’s Day section. From there she was able to select which category she wanted. Some choices were “Dad”, “Grandpa”, “Funny”, “Photo” and “From kids”. She found one called “from daughter.” 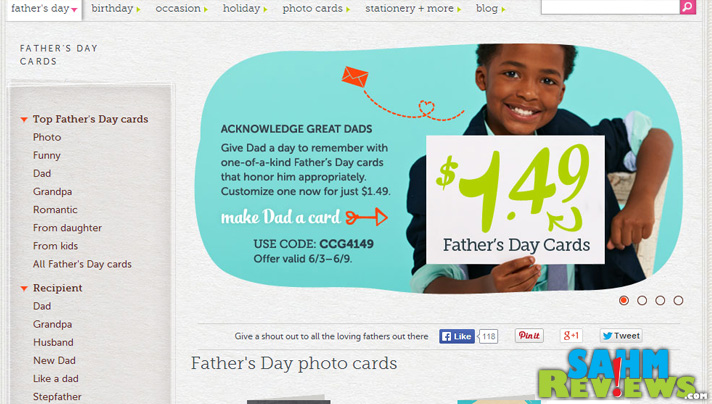 After that, she scrolled through the various cards looking at not only the cover but also what it said inside. One card showed a picture of a donkey and on the inside it referred to a “smart ass”. She pointed it out to me then said “Mommy, I like the cover of this one but I don’t like what it says inside.” It didn’t take long for her to find one that she liked the outside and the inside. 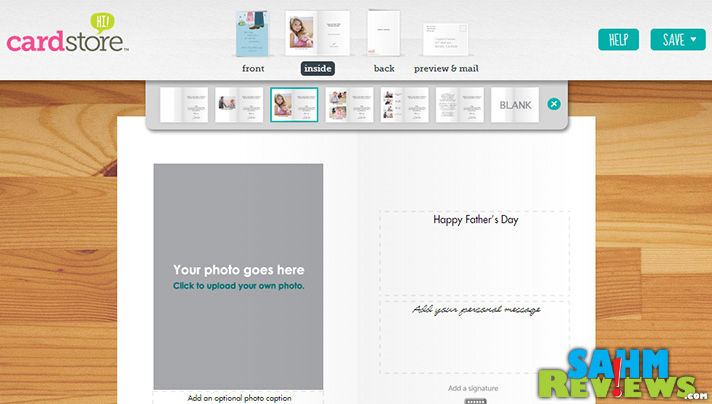 After selecting her card she was able to personalize the inside by changing the font, the color and the text size. She wrote a personal message then realized there was also an option to include a photograph. We found one that we both really liked and it was just as easy as drag-and-drop. Kids these days are doing that type of stuff with PowerPoint in school so it was not difficult for her to create this card herself. When she was done we proofed the card, I typed the address to ensure it was correct and that was all.

I think part of what makes me so happy about this opportunity is the ability to empower my children to use their creativity. The fact that they get to do that for someone they love very much is a bonus. They were creating cards for the person with the World’s Toughest Job: their dad.

Since it’s so easy, are you ready to create a card for the dad in your life? From now until June 9th, use the code “CCG4527” for a Father’s Day card at the discount rate of $2.49. If you have a chance, be sure to swing by the #WorldsToughestJob Twitter party this afternoon at 1pm ET.