We’ve played so many games over the years that we often see similarities even in the smallest of details. As Scott explained yesterday in his Dragonscales game overview, there are times when it is intentional. Other times it is simply a game mechanic that we’re familiar with from a prior gaming experience. When we were playing Sovereign’s Chain from WizKids, I honed in on something that reminded me of a key rule in a game of Fluxx. That familiarity made learning the game even easier. If you’re hesitant to try a new game, keep this idea in mind and it will be less intimidating. Let’s take a look at Sovereign’s Chain to learn more about it. 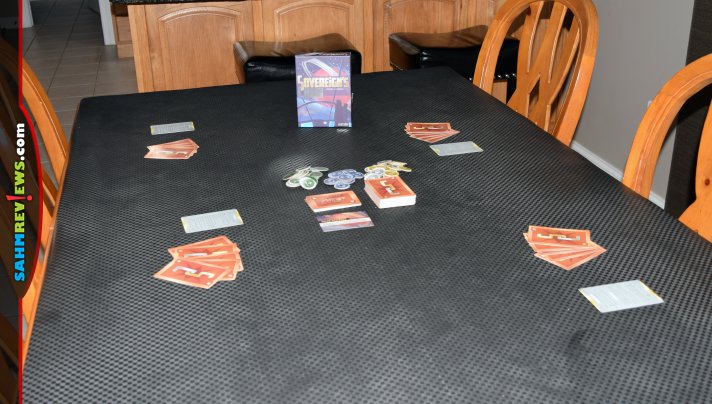 As with most card games, setup for Sovereign’s Chain is pretty simple. Select a player to be the dealer and have them shuffle the Class cards, dealing five facedown to each player. The remainder of the deck is placed in the in the center of the table as a draw deck. Create a general pool of suit, shield and modifier tokens. Shuffle the deck of Event cards and create a draw pile. Draw one to determine the Active Event to start the game. Each player takes a reference card and you’re ready to go. The object of Sovereign’s Chain is to have the greatest value difference between the two suits of cards when one player chains together their seventh Class card. At the start of the first round, each player will look through the hand of cards they received from the dealer and select one to be the first card in their chain. This card is set alongside the reference card on the far left of their personal play area. 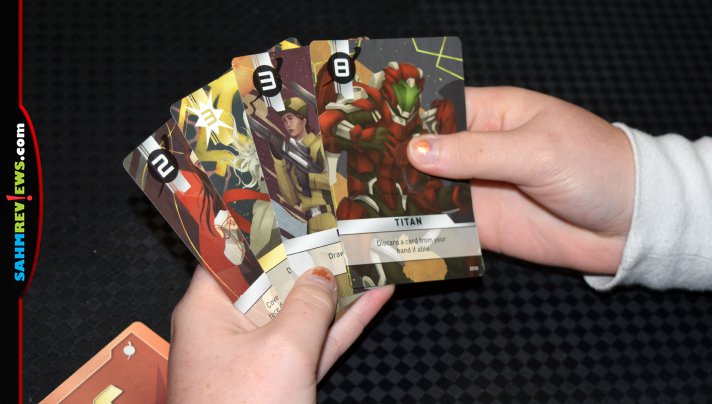 As mentioned during the setup, there are two types of cards in a game of Sovereign’s Chain: Class and Event. Class cards make up your hand of cards while Event cards are temporary rules. There are two suits of Class cards, as displayed at the top of each card. The lower portion of each card identifies the card’s ability or effect. It also indicates whether to draw a new Event card.

Much like in Fluxx, Event cards change the rules of the game. However, only one Event card will be in play at a time. So if a Class card triggers a new event action, then it replaces the one that was previously in play. Event cards affect all players, but only the topmost “in play” card in each of the various chains. 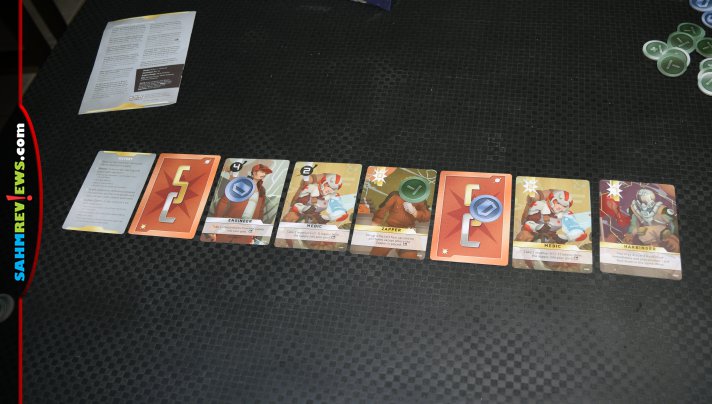 On your turn, you must play one Class card from your hand, resolve the ability, trigger an event when instructed then draw one new Class card into your hand. Unless there is an Event card the prohibits it, the card you play from your hand may be added to your own chain or an opponent’s. You’ll play the card faceup and to the right of previous cards in the chain. There are some cards that either flip cards or instruct them to be played facedown. 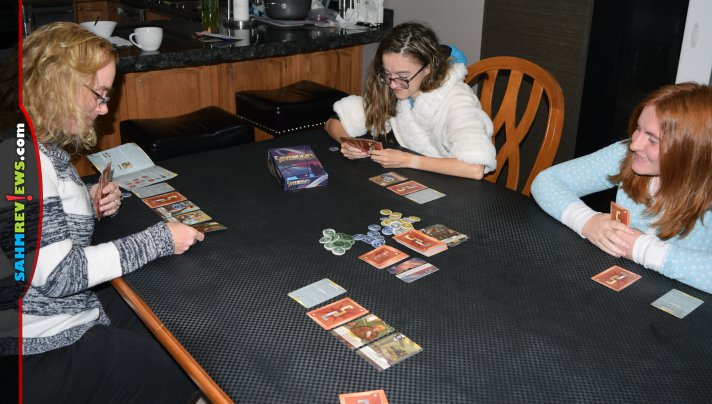 Abilities are triggered either as a card is placed faceup or when a facedown card is revealed. If you’re the person playing the card from your hand then you take the card’s action. However, if a card is revealed from the facedown position then the owner of that chain earns the right to take the ability. 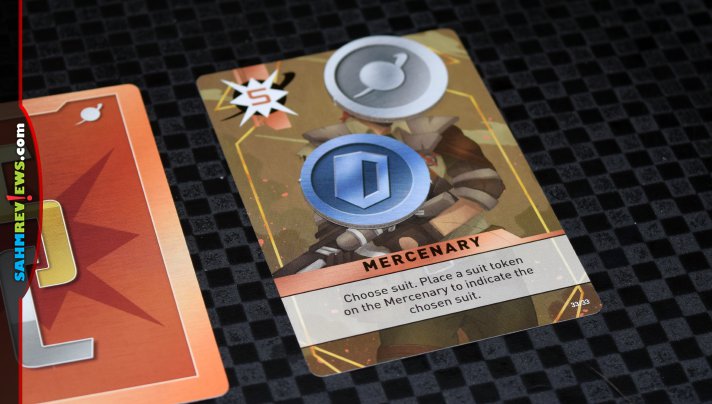 Tokens modify the suite and value of cards or protect them from abilities and effects. If you have acquired tokens, you may play them during your turn or save them for a future turn. Tokens are discarded at the end of the game though so don’t save them too long!

You’ll continue playing until any player has reached seven Class cards and then the game ends immediately. Before scoring, players take turns revealing any cards that are still facedown in their chains. Calculate the totals of the two suits in your chain. The difference between those values is your final score. In the event of a tie, those players create their own personal chain using the cards remaining in their hands.

The idea of Soveregn’s Chain is very simple, but there’s a lot of strategy behind what and where you play cards. Knowing when and where to modify cards with suit or numerical modifiers is very important as well. It may only take around 30 minutes to play, but there’s a lot of depth of play in each game. Chain-ge up your game night by picking up a copy of Sovereign’s Chain for a very affordable price on Amazon or direct from WizKids. Prefer to shop local? Use the store locator feature to find a store near you. Link up with WizKids on Twitter and Facebook for news, announcements and details about other games in their lineup.

Do you feel more confident learning new games when you see a familiar game mechanic or rule?