A little over a year ago I was asking for recommendations for an abstract game in a Facebook group. We were looking for something unique and new. At the time a couple people suggested a game called “Element” by Rather Dashing Games. We looked for it at our local game store but couldn’t find it. At the time Amazon was showing it as out of stock, so we ended up buying something completely different.

Right as the quarantine hit this year we discovered a new game by the same company set in the same thematic world. ALDR: The High Sage had just been released and I wanted to make sure we had a copy before everyone ran out. It isn’t an abstract game like Element, but a card game that continues the story line set in the previous title. 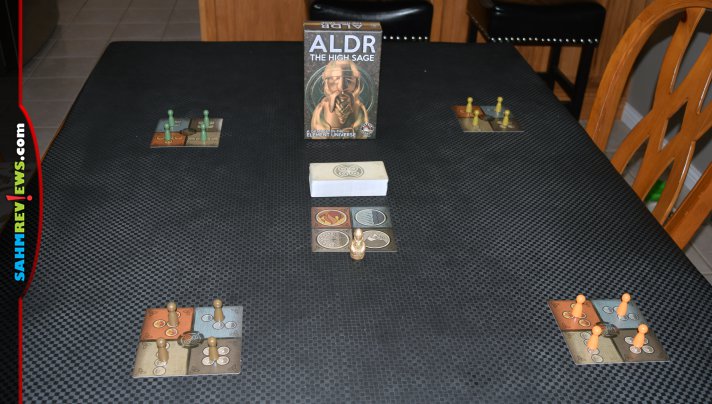 ALDR is a high sage who has mastered the elements and has established a school to pass on his wisdom. He created a game for his students to sharpen their minds and reinforce his teachings. As you might have guessed, this game is ALDR: The High Sage. 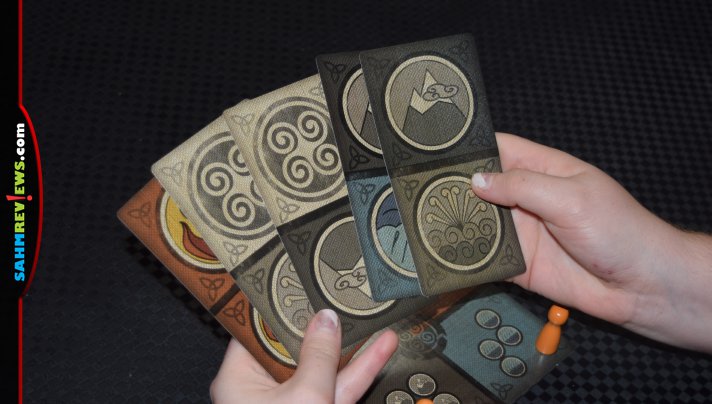 Inside the box are 100 oversized element cards, a square start card, four player tapestries, sixteen sages in four player colors and ALDR himself. Each player takes a tapestry and four matching sages, which are placed on each of the four sections of the tapestry. The deck of element cards is shuffled and a hand of five cards is dealt to each person. Four additional cards are dealt face-up next to the deck to form a draw pool. The start card is set in the middle of the play area between all players (ALDR: The High Sage supports up to four). 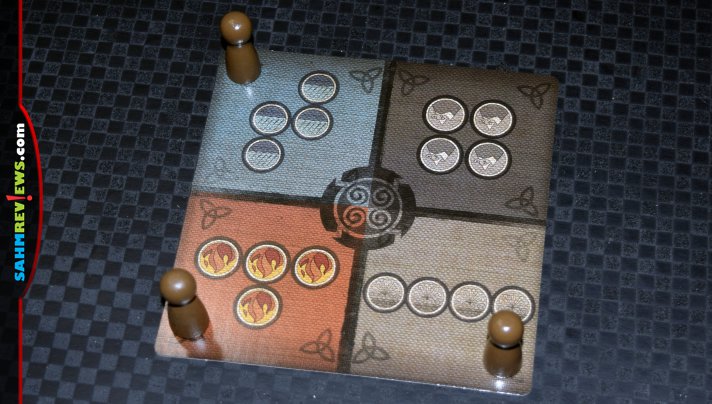 Each element card depicts two items. This may be one of the four elements, a void space or the Seal of ALDR. On your turn you will play two of these from your hand onto an ever-growing tableau rooted on the start card. A card must cover one or two elements by matching the symbol or following the rules of replacement – water covers fire, fire covers wind, etc. You are trying to create a pattern for each element shown on your tapestry. If you successfully create one with the cards you played, move the sage from your card onto the tableau. This blocks other players from using that element in their patterns. 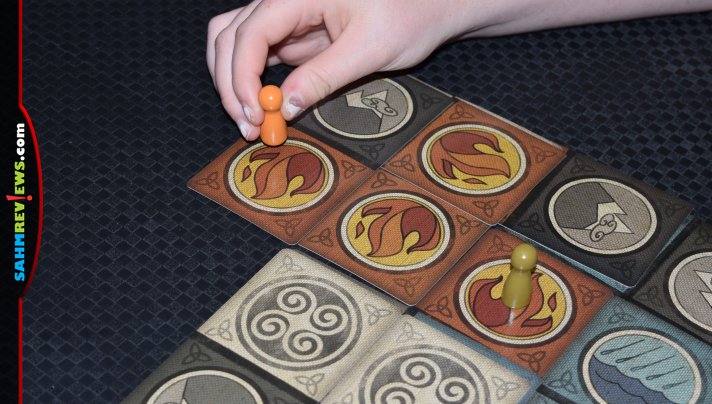 You will also move the ALDR figurine to any vacant element icon. This also limits your opponents ability to form a pattern or play a card since that space is now locked. ALDR may not be placed on Void or Wild spaces. At the end of your turn, draw two new element cards from the draw pool, immediately replacing each with a new card from the draw deck. The next player in counter-clockwise order (that took a while to get used to) takes their turn in the same manner. 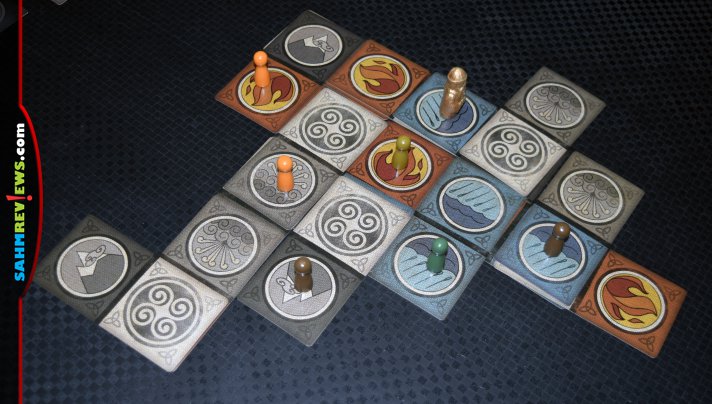 Other than the four elements, there are two additional special icons that may appear on the element cards. The Void icon “deletes” an element from the tableau. It may be placed on top of any element symbol and clears the area for any element to be put in that location by future cards. The Seal of ALDR acts in much the same way, except instead of leaving an empty spot, it is considered wild for both placement and resolving patterns (and may be treated as a different symbol at any time). Turns continue until one person is able to finish all four elemental patterns by placing their sage figures onto the tableau. That player is the immediate winner of ALDR: The High Sage! 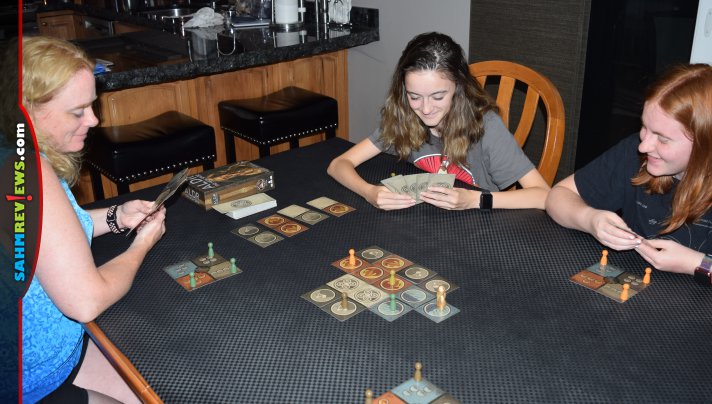 As a bonus, if you already own a copy of their previous game, Element, ALDR: The High Sage can also be used as a mini expansion! Ask for it at your favorite local game store, buy it direct from Rather Dashing Games on their website or grab it on Amazon for under $30! Make sure you follow Rather Dashing on Facebook or Twitter to find out if they’ll be publishing more in the series or if they’re working on something completely new!

Do you enjoy titles that continue the story from game to game?