It certainly didn’t take long to find a near-new copy of Fantastic Gymnastics at a local thrift store. We couldn’t escape Hasbro’s commercials for this challenging dexterity game during the holiday season. Its popularity was right up there with Pie Face Showdown and Pimple Pete! 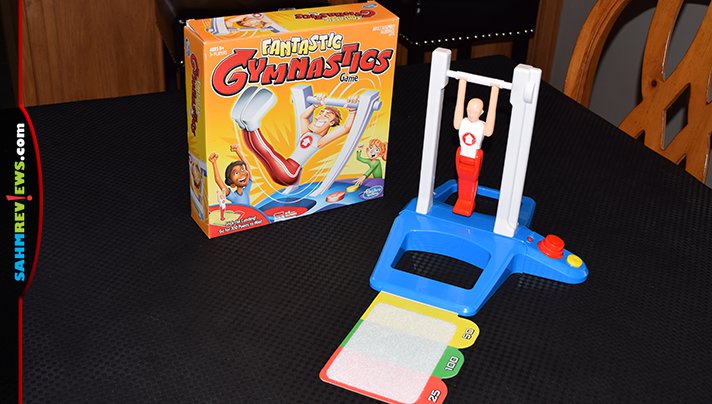 It’s hard to call Fantastic Gymnastics a game – it seems to be more of a toy. The components are well made and work outstandingly, but you’ll need to supply four of your own AA batteries. Assembly is quick – getting it back into the box when you’re finished is another story! 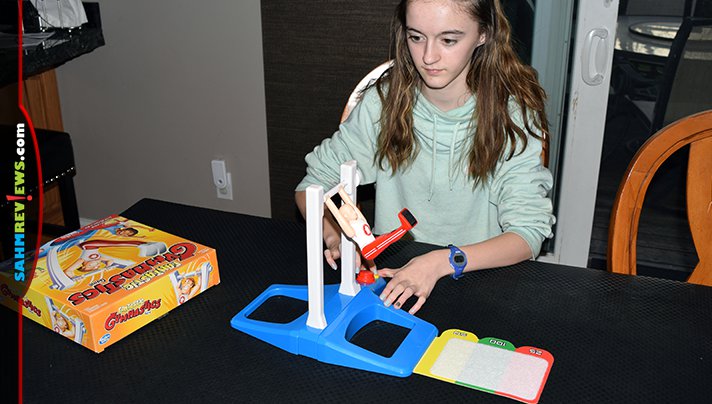 In Fantastic Gymnastics, your goal is to swing the gymnast until he is ready to dismount and make a landing. A yellow button is pressed by the player that pushes the gymnast’s legs forward, causing him to swing. Timing the button with the swing, you eventually will make him spin all the way around the horizontal bar. 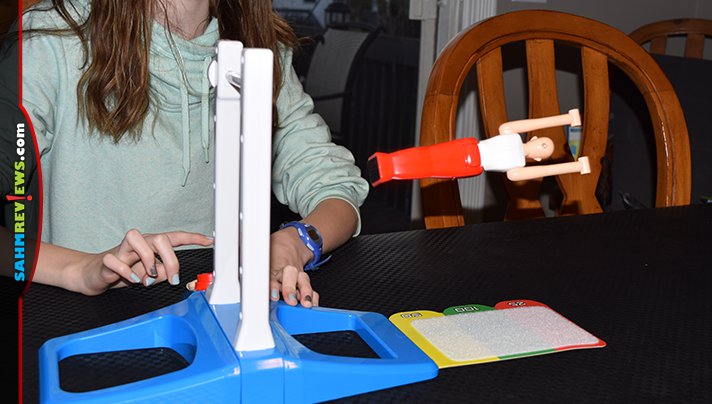 When he has gathered enough speed, press the red button and he’ll release from the bar, spin through the air and hopefully land on the included hook-and-loop landing pad. There are three marked areas on the pad, each worth a different value if hit. 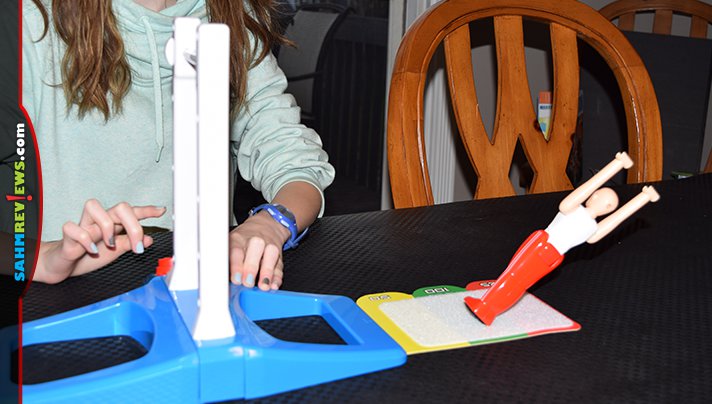 You can only score by making a successful landing. If the gymnast falls over, you receive no points. Fantastic Gymnastics can be played in solo mode where you simply practice your skills, trying to land a perfect 100 score. Or, grab a bunch of friends and have an elimination tournament! One copy of a standard tournament bracket is included in the box. 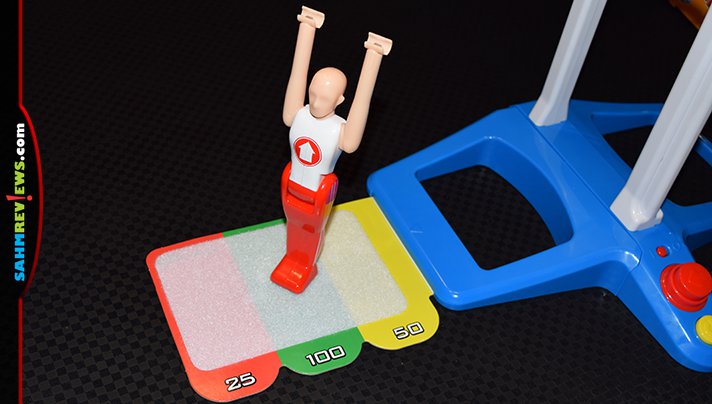 Fantastic Gymnastics is a game you have to try once just to say you’ve experienced it. It probably won’t have a long shelf life in your collection as there is not much game play to be seen. Younger children will enjoy just spinning the gymnast and making him land rather than get caught up in an official game.

Originally featuring an MSRP of over $20, you can currently find copies of Fantastic Gymnastics on Amazon for under $14. The box has an age recommendation of 8+, but we think it’s more appropriate for the 5-9 crowd, as long as mom or dad helps with the assembly and batteries.

Have you ever played Fantastic Gymnastics?