It’s difficult watching our kids grow up. I recently wrote an open letter to my daughters as they prepare to get their first teenage drivers licenses. So many things have changed since they were little and we first started documenting their lives digitally and through our blogs. There was a time when Madison didn’t care if she matched because it was more important to wear one of every color of the rainbow. She wanted to be able to jump into line when the teacher allowed anyone wearing that color to assemble. For the longest time, she had no interest in shopping for clothes or makeup. She was perfectly happy in a t-shirt and whatever shorts or pants were clean-ish. Then last Friday morning, our resident shopaholic, Kennedy, said that she wanted to go Black Friday shopping with her sister. Scott and I knew we had nothing to worry about as there was no way that Madison would agree to such madness.

I was wrong. So very wrong.

And with that, I came to the realization that it’s another phase of her life that she’s outgrown. We went to the mall and she actually wanted to try on clothes. It’s funny how we bury our heads in the sand when there’s something we just don’t want to acknowledge. I should have seen it coming when she wanted to go try on dresses at the outlet store just a few days prior to that.

Or I should have been clued in when she attended the All-State Music Festival as a guest of a family friend and she opted to wear her new Lugz Tambora 6″ boots. She wanted something that looked nice and also kept her feet warm during the long walk to the arena where the performance was taking place. That fine line between fashion and function is where she was walking – literally. 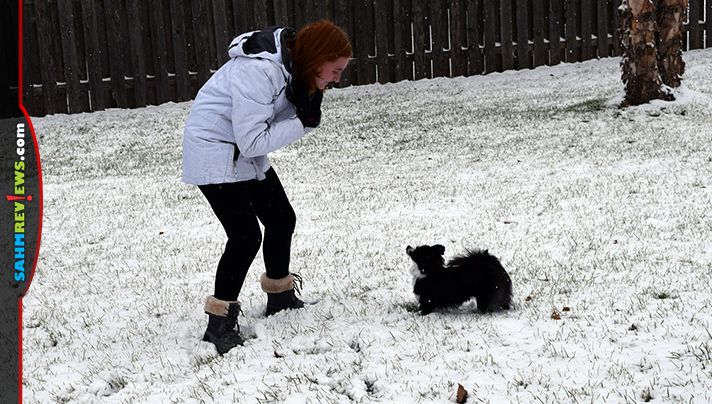 Where has my little girl who didn’t care about matching go? Oh, I long for the days where the teacher asked them to line up based on color. But I cannot complain about a child who is sensible enough to seek out a pair of boots that can serve multiple purposes.

The original idea was to ensure she owned a pair that was safe on the slick and hilly walk to and from the student parking lot each day. She had been wearing her Lugz sneakers but we both knew those weren’t reasonable for wearing outdoors in the winter. Outside of school, they had a purpose also. She wore them to play and help shovel the driveway. They worked nicely with leggings for the music festival and jeans for a less formal activity.

She’s certainly maturing with the way she makes decisions while also taking more of an interest in her appearance. I guess that explains why she wanted to go shopping! I’m a longtime fan of Lugz boots so it comes as no surprise that Madison found something she liked on their website. I should be thankful that she didn’t take mine… And perhaps that’s even more important that the fact that she wants to go shopping or find boots that serve multiple purposes. Yes, I’m a bit selfish when it comes to my Lugz boots. And guess what! I’m excited that she has her own pair of Lugz Tambora boots AND that you can get YOUR own pair by entering to win them. They make great gifts for yourself or for someone else! Come back daily to increase your chances of winning!

83 thoughts on “As Kids Age, So Do Their Fashion Tastes”