I’m going to start off by saying I’m struggling to find a really good description for a card game we played recently. LUPO: The Space Adventure by LUPO World falls somewhere in between the categories of card games and role-playing games. And it really is hard to classify it as a game since there are no real goals to achieve or points to be earned. It really is something different. I’ll try my best to explain. 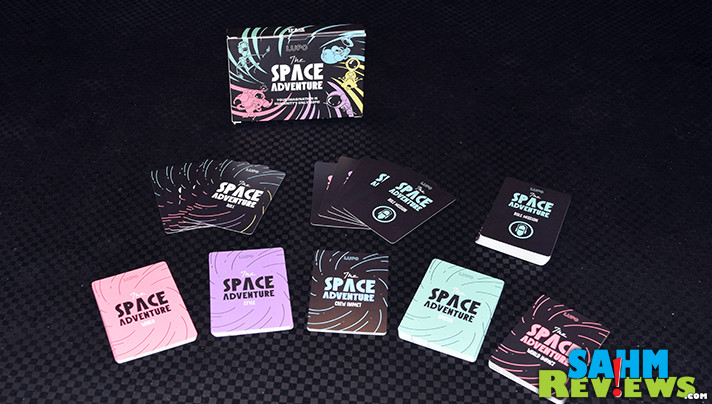 Inside the travel-friendly tuckbox you’ll find 120 standard-sized cards depicting nicely illustrated aliens and space travelers. LUPO: The Space Adventure supports from three to twenty-five players (!) ages 8+ and a typical adventure lasts anywhere between an hour and 90 minutes. In reality, each ‘game’ of LUPO: The Space Adventure is for 5 players, but the box includes enough cards to support five simultaneous teams each playing their own version of the game.

LUPO: The Space Adventure requires you and your friends to use your imaginations to save the human race after the Earth implodes and turns into a raisin. Your team must build a spaceship and travel to another planet. There you’ll find another alien race which you must coexist with and overcome random (and sometimes hilarious) challenges. Only after you have built your ship, traveled across the galaxy and faced the scenarios head-on will you be able to regale your friends and family with the tale of your travel. 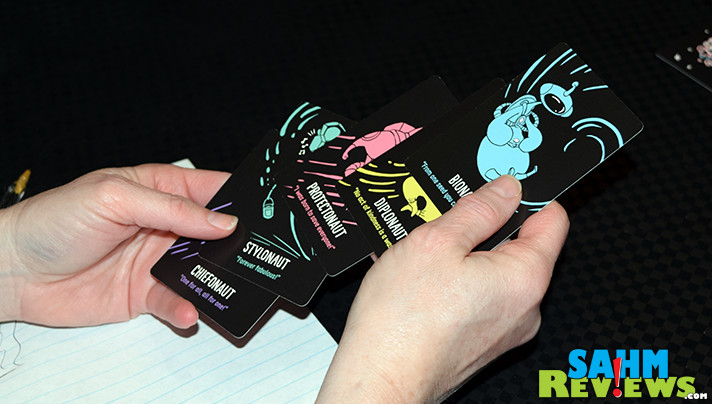 After viewing the briefing video from the Intergalactic Committee (also shown at the top of this article), everyone grabs a pen and paper and agrees upon one person to be the Ambassador who will report back to the Committee at the end of the game. All players receive one Role card and give their character a name, which is written on their paper. A team name for the entire space crew should also be decided upon at this time.

Now it is time to build your spaceship. Let your imagination run wild and draw out the craziest and probably least-effective transport ship you can come up with. Three engines with a huge sauna in the middle of the ship? Just fine! Sails to travel on the solar winds and an unlimited buffet? Also fine! In LUPO: The Space Adventure there are no right and wrong answers! 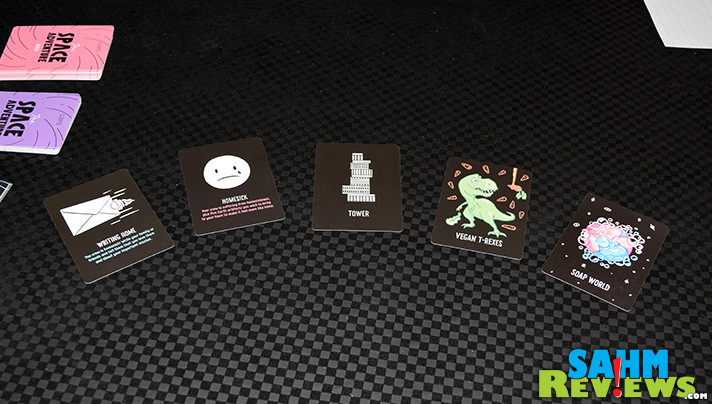 Once the ship is drawn and completed, it is time for liftoff. Each player now receives a designated mission card corresponding to their role. Players discuss their mission and then the entire crew receives a World card depicting the planet type they will ultimately arrive at. A Species card is also paired up with the World card and informs the crew of the aliens they will encounter (Fitness Obsessed Penguins anyone?). Lastly, a Style card sets the scene for life on this new world. 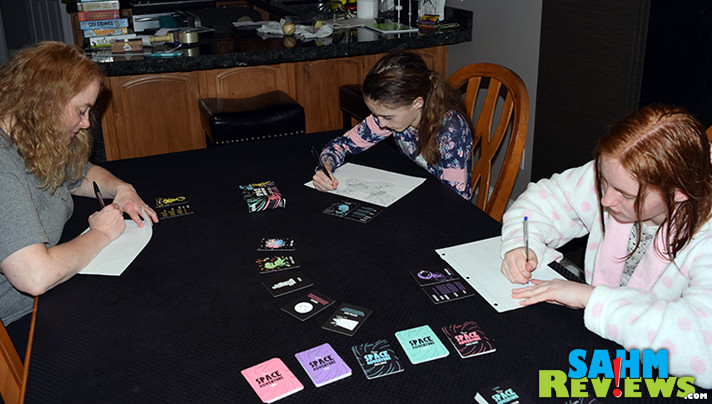 After everyone is familiar with the entire mission and what to expect, it is time to start building your new homes on the planet! Again, your imagination is the only limitation and players are encouraged to actively engage with each other as they draw out their ideal home away from Earth. Nothing is too ridiculous, and nothing is off-limits!

Twist things up by introducing a World Impact card to their experience. Are aliens using your new planet as a trash dump? Maybe there are gravity abnormalities! If your crew needs more challenges, there are additional Crew Impact cards which add a physical element to a game. Dance for 60 seconds, blindfold yourself for 2 minutes or take a selfie of your crew!

Ultimately the story is up to the crew, who will tell it back to the Committee when they feel they’ve accomplished everything thrown at them. The crew will present their creations (ship, home, etc.) and tell stories about how they overcame all the obstacles. You may challenge their decisions or reward them for their creativity. Suggest methods that may inspire them to think further. LUPO: The Space Adventure should spark conversation and discussion about a wide variety of topics!

As you can see, there is no winning or losing. Players work together as a team to be successful and save the human race, peacefully. Perfectly suited for a classroom setting or a sleepover party, the game also includes detailed backstories about each species and planet type to help players engulf themselves in the adventure.

You can pick up LUPO: The Space Adventure on Amazon for around $25, a small price for the hours of enjoyment for so many people. We’re excited to see if they come up with expansions or new installments! If you are too, follow them on Facebook and Twitter to find out if/when they come out!

If you had to leave Earth, what type of planet would you want to move to?