There have been an uncountable number of games that are similar to UNO. That should be no surprise as success breed imitators. Many times it is the exact same game with different art or a unique theme. Other times it introduces a new feature which makes it unique enough to warrant publishing. Such is the case with this week’s Thrift Treasure find, Cuckoo Zoo by Gamewright. 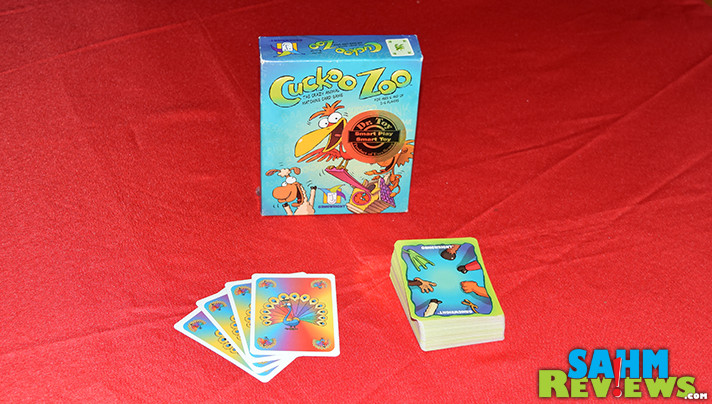 Designed for up to six players aged 6+, Cuckoo Zoo’s goal is the same as UNO – to be the first to rid your hand of all of your cards. Each person begins with eight cards in their hand and on their turn must play a card to the top of the pile that matches either the color or animal (instead of number). 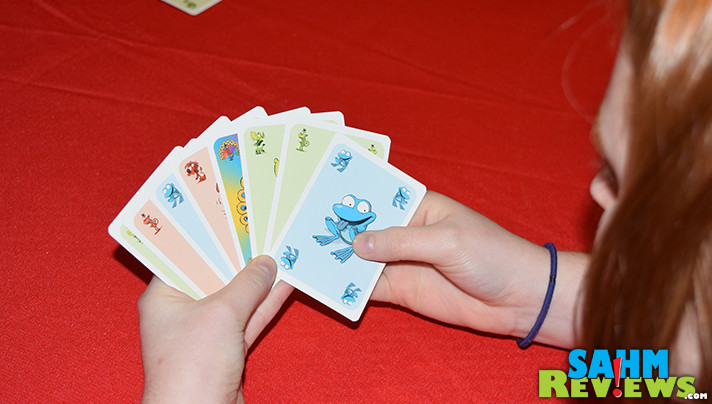 Here’s where things take a unique twist. There are no “Draw Four” or “Reverse Direction” cards. The deck is made up of seven different animals in four colors along with four wild peacock cards. All of your favorites are included – sheep, donkeys, lions, frogs, cuckoos, pigs and monkeys. What makes Cuckoo Zoo so different is what you must do EVERY TIME you play a card! 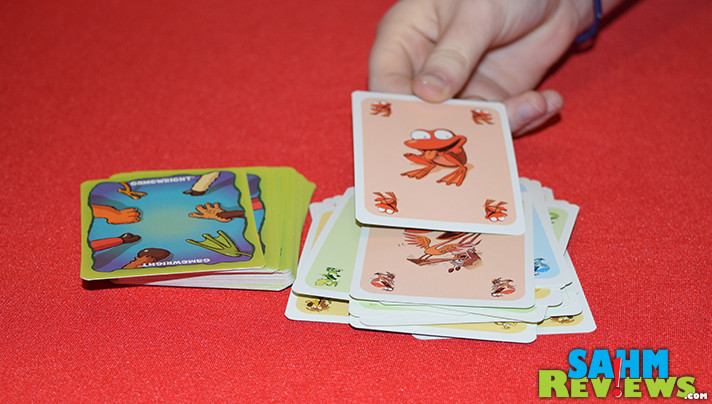 If you play a green, blue or yellow animal you must immediately make the sound that animal makes or be penalized by drawing two cards. Play a red animal and you must remain completely silent (or again be penalized). A Cuckoo card forces the next player to be skipped, while a red Cuckoo must be accompanied by shouting “Cuckoo Zoo!” 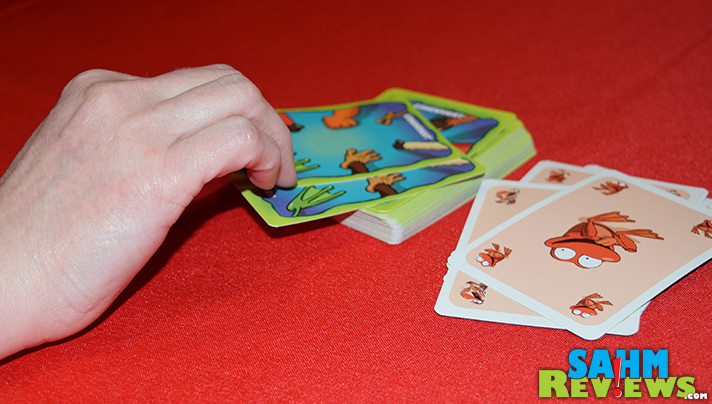 Donkey cards act a bit differently. When played, all following players must play donkeys until one player cannot. That person must then draw a number of cards equal to the total number of donkeys in the pile! As mentioned earlier, Peacocks are wild and can be played on top of any card and change to a different colored animal, even a donkey. If you have additional cards that match your chosen animal, you may discard them from your hand (but don’t forget to make their noises if they’re yellow, blue or green)! 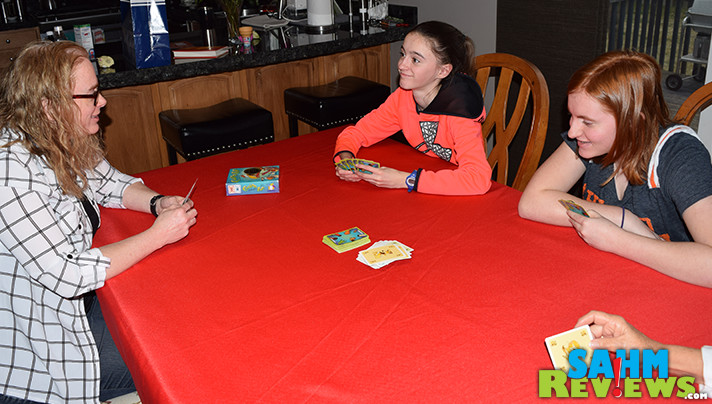 The winner of Cuckoo Zoo is the first player out of cards. There is no requirement to call “UNO” when you’re down to one card – when you’re out, you’re out! You have to pay attention to the card type and color to make sure you’re following the rules exactly, or you’ll find yourself with a hand full of cards and no way to catch up!

Cuckoo Zoo is a unique twist on the UNO theme and is available on Amazon for around $15. A nice travel-friendly card game that has a lot more interaction than other games of this type. Perfectly illustrated and very easy to learn and teach, keep an eye out for a cheaper copy at thrift!

Do you enjoy games that require you to say funny things?