When we spotted a copy of Deception by E.S. Lowe Company at our local Goodwill, the photo on the cover of the box reminded me of a trend in games from decades ago. At one time you could slap on nearly any license or photo of a current television show and sell games. I grew up with games like The New Adventures of Gilligan and the Yogi Bear Game in our game closet. 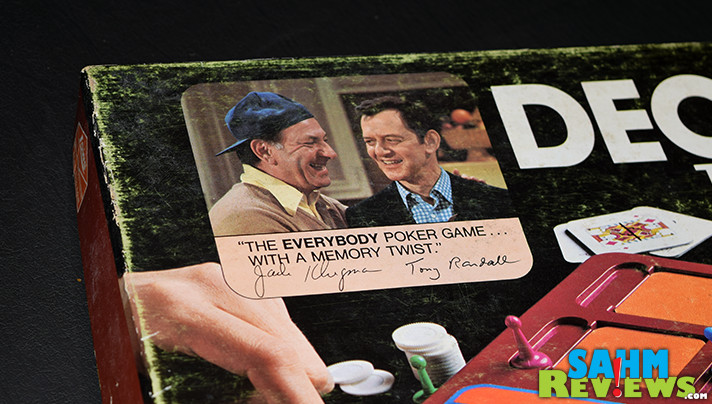 Other games like this copy of Deception didn’t even try to make the game about the characters they portrayed on the cover. I’m sure that today’s generation won’t even recognize Jack Klugman or Tony Randall, much less recall the show they starred in together (The Odd Couple). Ironically, that TV show name fits the theme of Deception where they try to mashup two classic games, Poker and Memory, into one board game. An odd couple indeed, and unlike the very successful television series, this one just doesn’t work for us.

The basics of the game are all poker. You’re trying to build the highest poker hand and will bet in rounds, just as in a traditional game of poker. The publisher tried to mix things up by turning it into a board game which holds a limited number of cards. Each player is dealt two cards face-up, which are printed on thick, square stock and form a custom deck containing only 28 cards. The numbers 9 through ace are represented in the four suits along with four wild cards. 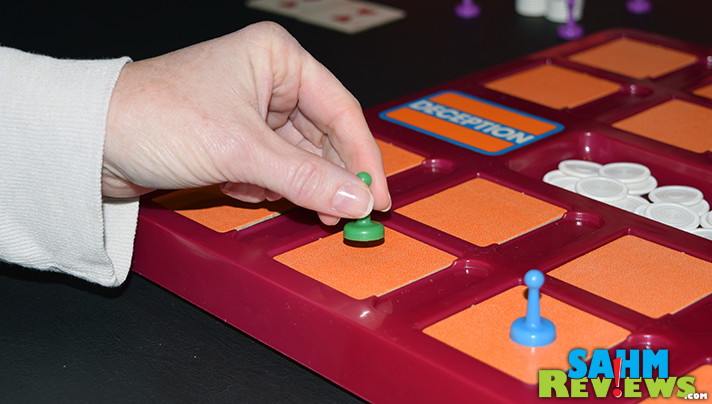 Sixteen of the cards are dealt face-down into the custom spaces on the included tray and five chips are bet as an ante by each person. On your turn you will look at two of the face-down cards and place one of your color markers on one, with the card still remaining face-down. Obviously you are trying to build the best poker hand you can, but so are your opponents, who are also peeking at two and putting their marker on one.

If you elect to peek at a card that has one or more markers already on it, you must pay them each a fee of two betting chips to do so. The maximum number of player pawns on one card is limited to the number of players, less one. This process of peeking and selecting continues for five rounds until each player has a pool of seven cards (the two in their hand plus the five they claimed on the board) in order to build their hand. 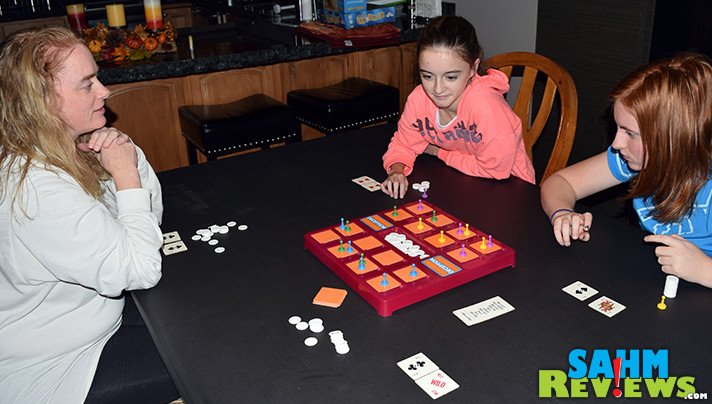 Now everyone bets on their hand with folds, calls and raises until the high bid is determined and a pot is established. You may establish house rules affecting the number of raises, etc., to keep the game moving. 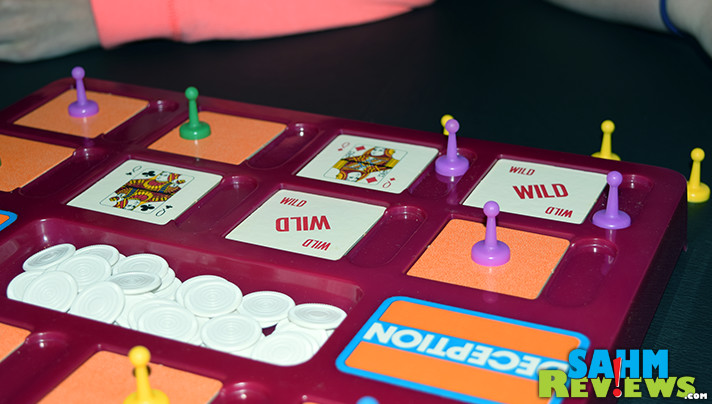 Here’s the kicker. At this point everyone must declare what they have as their hand without looking at the turned-down cards. Hope you remembered what you selected in that first round! The player who declares the highest hand now must turn over ONLY the exact five cards needed to make their hand. If successful, they win the pot. If not, the second-highest declared hand takes their turn at turning over cards. The pot winner is the person with the highest declared hand who also correctly reveals their cards. 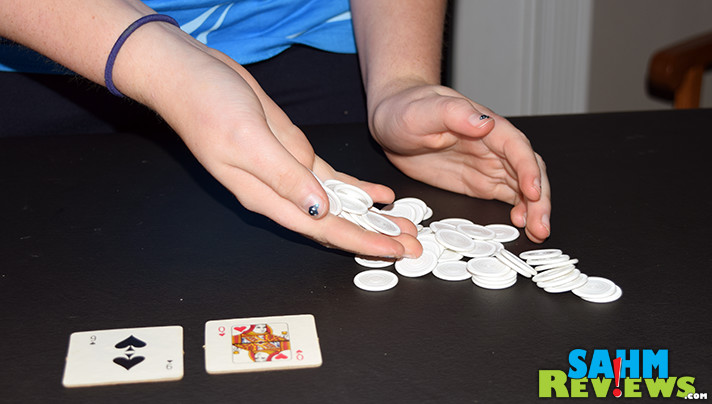 This is where the game fell flat for us. We appreciate the effort of combining these two games into one, but the addition of Memory to Poker inadvertently forced the removal of one key mechanic from poker – bluffing. Only the highest hand wins (when correctly selecting their cards) so there is zero strategic reason to bluff, a key aspect of poker. And while memory plays into your success, you chances of winning are much more heavily rooted in the luck of the draw rather than your card-playing ability.

While probably not a game that will permanently reside in our collection, if you think it is one for you, you can easily find inexpensive copies of Deception on eBay for under $10. Until then, we’ll keep looking for other themed games that play better and do the license justice!

Did you ever have a chance to watch an episode of The Odd Couple?