I’m one of those people who isn’t afraid to let people know what I am passionate about. I own shirts indicative of the latest movie, have plush dolls sitting around that I won’t let the kids play with because they are mine, wear jewelry with cartoon characters represented and I even go a little nuts when I see characters in person. 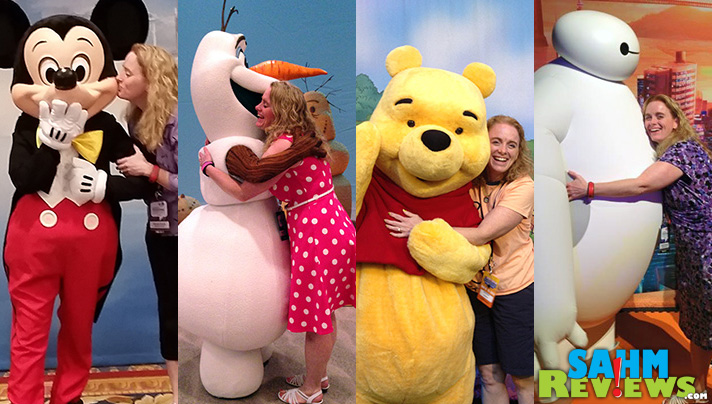 That’s normal, right? Everyone acts like a kid when they are given the opportunity. Given the choice between something average and something fun, it’s normal to want to pick the fun one. 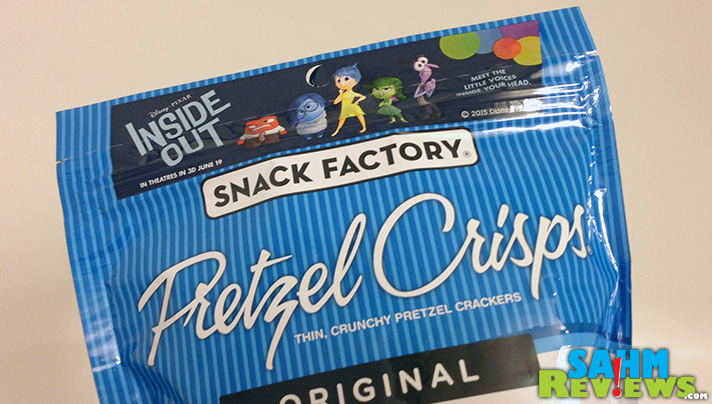 Take, for example, a bag of Doritos, cereal or fruit snacks. Would you pick the plain bag/box or one featuring Avengers? Me too. I always pick the non-boring one. When the package has a movie that I’m already fascinated with then the decision is even easier. When I saw this bag of Pretzel Crisps featuring the characters from Inside Out, I giggled. It gives new meaning to the phrase “emotional snacking.”

Of course, with every hit movie, there’s bound to be a lot of merchandise available for fans of all ages. There are the traditional plush dolls and action figures, costumes and clothing options, foods and more. Having already screened Inside Out (which opens this weekend in theaters everywhere) I know there will be people beating down Disney’s door to allow these lovable characters to appear on their packages. There are even cleaning supplies to make housework more enJOYable. 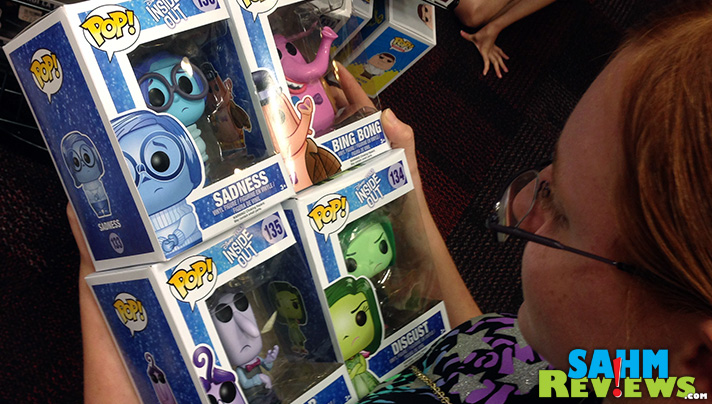 I think what is most interesting is that these characters can appeal to such a variety of people and at a variety of times. At first, my favorite was Anger; he’s hilarious. And spot on. I wanted a whole bunch of Anger merchandise. The square mug totally cracked me up! Then I watched the movie and fell in love with Sadness. I want a plush of her to cuddle when I’m feeling blue. Joy is a natural. Everyone loves bubbly, positive and happy… most of the time. Disgust and Fear have total personalities of their own, too. Fear was my traveling partner on the airplane. I found it quite appropriate considering we were flying through storms. The flight attendants all loved him. He stayed buckled in and never complained. 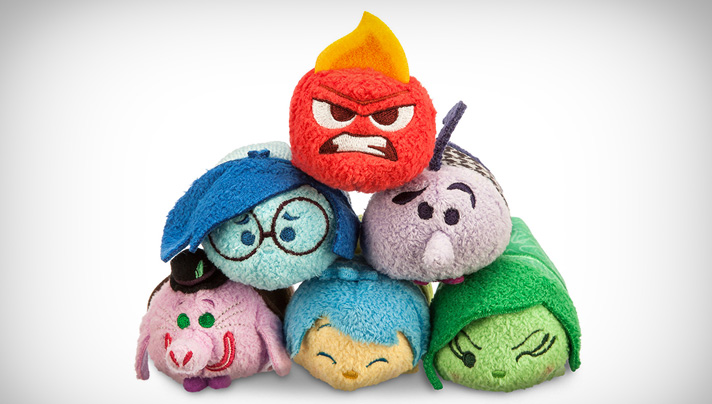 While attending the Inside Out premiere, we had the opportunity to see first hand some of the new merchandise that is available or soon to be released. Here’s a heads up: If you see something you like on the shelves that you *think* you might want, grab it. This stuff is going to sell out or in some cases, already HAS sold out. As an example, the Tsum Tsum Collection has already made the shelves at Disney stores. Someone in my family (cough, me, cough) may or may not have summoned her inner Anger upon discovering that the Inside Out Tsum Tsum Collection were sold out. They’re seriously adorable AND they don’t take up a lot of room should someone want to display them on her desk. It’s the one thing I would say I was buying for the kids but really knew I was getting for myself. I’m sad. Guess I’ll have to keep my eye open for them to show up at stores. I won’t hesitate to grab them when (if) I find them!

I’ve seen some pretty cool licensed products, but this is the first time I’ve seen a Disney Pixar film license UGG footwear. My shoe-fanatic of a daughter is going to want one of each. Each pair of shoes depicts an emotion. Which pair are you most likely to wear to school, work, a sporting event or a night out? Me? Depends on my mood, duh.

Of course, we can’t forget about the play things, right? There is a lot of fun Inside Out merchandise that the kids will love including plush toys, action figures, playsets and board games. Add journals and scented pens, headphones and even bedding sets to the list of things for engulfing yourself in emotion! Big kids (aka adults) shouldn’t be discouraged. The Inside Out merchandise available for adults includes clothing, hats, iPhone cases, mugs and tote bags.

So let yourself go on an emotional shopping spree and take some Joy in what you find. What Inside Out merchandise are you most excited about?

26 thoughts on “An Emotional Shopping Spree”