As a kid of the 70’s, there weren’t many things to do. Play outside, read, do crafts, talk on the phone, participate in sports or hit the neighborhood or club swimming pool (if you were lucky enough to have that option.) By today’s standards, childhood in the 70’s was pretty boring. For those of us that lived in the country, our options were even less. We couldn’t run to get a Slurpee at the 7-11 at the corner. We couldn’t go for a quick trip around the block on our bikes. We didn’t have blocks and the nearest convenience store was a 25 minute drive away.

One of the things I did to entertain myself was learn various crafts. Based on my current home economic abilities, you would never guess that once upon a time I was able to create beautiful needlepoint, embroidery and crochet work. I made a few pieces that my mom framed and we hung on the wall in my bedroom. It may sound silly but it was a big deal to me. It was something I created on my own and was proud of. One of my favorites was one I made for my brother who was headed off to college. It was Paddington Bear holding an umbrella with the famous tag “Please look after this bear.” I stitched it and then my mom helped me turn it into a pillow. I loved Paddington and thought the pillow would help my brother think of me when he was so many states away.

Between then and now, I didn’t hear much about Paddington. But last fall when I started seeing previews for a new Paddington movie, it made my heart melt. The plan was to take the kids to see it in the theaters but that just didn’t happen. We’ve been patiently waiting for it to come out in digital form so we could sit down and watch it. We were excited that we managed to grab a digital copy of it almost two weeks before it was scheduled to release in stores! 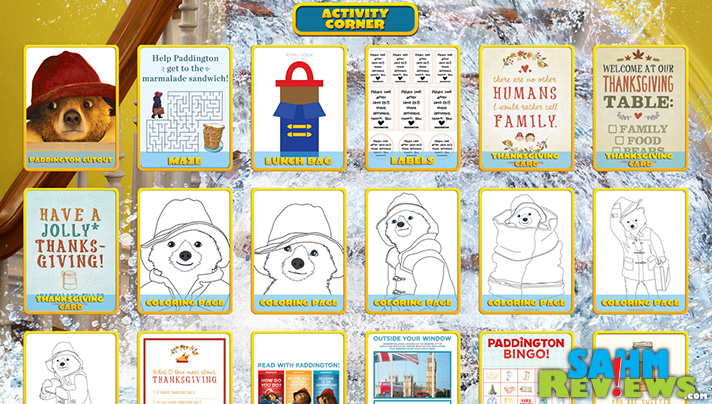 The girls were really excited to see the movie. We spent some time preparing for our viewing party. The copy I had was from iTunes so it was just the girls scheduled to watch it together. Nonetheless, we decided to make it a party for plenty even though it would likely only be the two of them watching. After visiting the PaddingtonParties page and going through the Paddington Party Planning Kit, we were filled with inspiration. We cut out flags for a banner, decorative wraps for cupcakes as well as printed some fun games. The girls were looking forward to the challenge of playing Paddington Bingo during the movie. Miss K grabbed one of her Build-a-Bear stuffed bears and dressed it up to look like Paddington. She used a messenger bag and a stuffed dog to recreate one of the scenes that she had seen on the previews. Her attention to detail never fails to impress me. She finished off the outfit with a hand-made tag that said “Please look after this bear.” 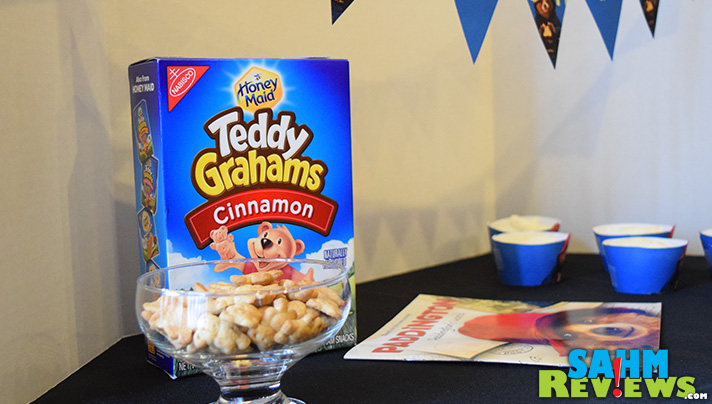 What is a movie without snacks, right? Cupcakes look fancy but they’re pretty easy when you use a box. Who says you have to slave away in the kitchen for hours? Not me! I made a batch of cupcakes then frosted them and wrapped them in the Paddington decoration. Some Teddy Grahams and popcorn rounded out the snack bar. 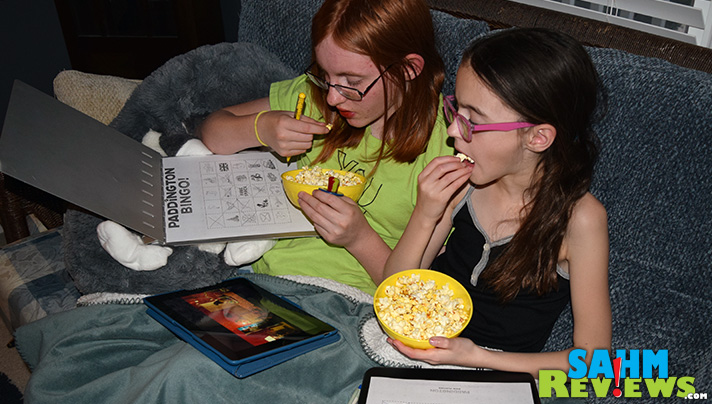 The girls cuddled up on the couch to watch the movie. It sounds silly but it was nice to see them getting along so well. No bickering about who had the best spot on the couch or who was holding the iPad. For us, those little arguments have become the norm and this sibling bonding experience seemed to wash it all away – at least temporarily. It made me seriously think that downloading movies for them to watch together was something we should do more often. Just them. Quality sister time. 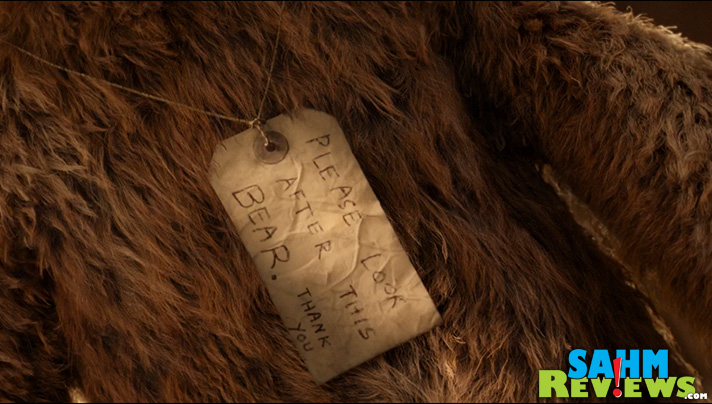 When they were done watching the movie, I asked them what they thought of it. Was it happy? Sad? What ages would they recommend? They unanimously agreed that it wasn’t a movie for little kids. Miss M said “Maybe my age or a little younger would be okay. Anything younger than that and they probably wouldn’t understand it.” Miss K chimed in that there are sad parts. Probably not good for little kids. Once we got past that, they said they really enjoyed the movie. I know they did because I heard them constantly giggling during it. Of course, the Paddington Bingo was a hit as expected.

Part of me is actually very happy we didn’t make it to see this movie in the theaters. Watching the girls share this experience together reminded me of making the pillow for my brother all those years ago. I guess Paddington inspires sibling bonding. Download the Paddington movie on iTunes or Amazon, check out the activity center then create some smiles in your home. You can follow along on the Paddington adventures as well as get some cool party ideas on Facebook, Twitter and Pinterest.

What inspires sibling bonding in your family?

16 thoughts on “Bonding With Paddington”