Most of the treasures we have demonstrated on SahmReviews are flat and two-dimensional. This week’s Thrift Treasure literally takes board games to a new level by featuring a pop-up playing field. The good people at Goodwill know a unique game when they see one and price it accordingly – this one was $3.38! Relic Raiders: Treasure of the Lost Pyramid is one of two games in the Relic Raiders series by Basic Concepts and is probably not a game you’ll see carried at your local discount store. 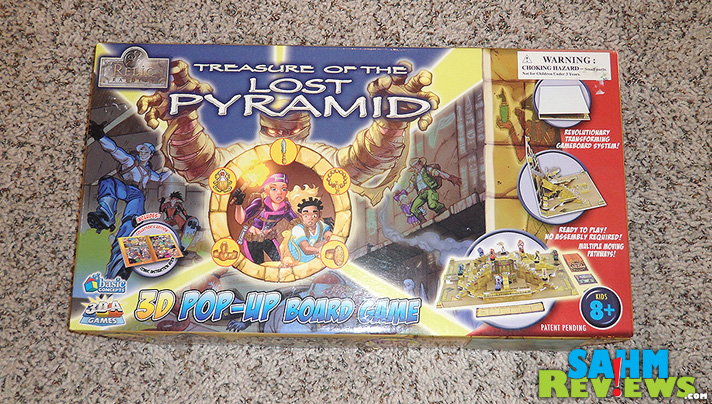 Relic Raiders: Treasure of the Lost  Pyramid comes ready to play right out of the package. Just unfold the board and the game begins. With moving pathways that can change the flow of the game, players can use personal strategies to their advantage for themselves or to make it difficult for others to advance. 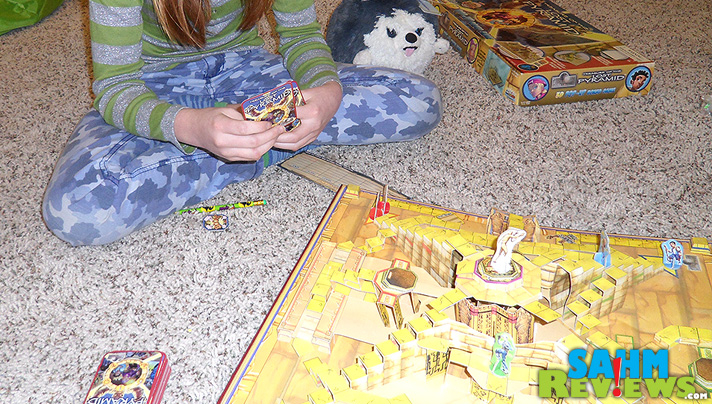 A unique feature of of the game is that each person gets 2 players each as a team to move around the multi-level board. You can choose to move one player or divide the number of spaces between the two playing pieces. The object of Treasure of the Lost Pyramid is to be the first individual or team to determine what the treasure is at the top of the Lost Pyramid as well as navigating their way around the constantly adjusting game board, avoiding the Mummy, and trying to discover the nature of each of the other treasures hidden in the four Pharaoh’s Tombs.

Once completed, each player takes his team to the top of the pyramid and correctly states the identity of this final treasure! Memory isn’t an issue as you keep track of the treasure locations on the included score sheets. You can also keep track of where your opponent has visited so you know how close they are to winning, and whether or not to block them from a particular tomb. 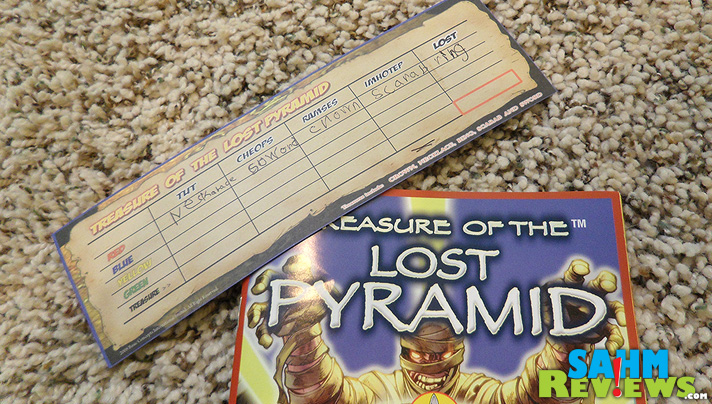 Definitely a unique game experience with a decent amount of replay value. You’ll have to be a little careful of the game board since it is made of nothing more than thick card stock. Being a used game, ours did have a couple condition issues due to long storage, but nothing that a little tape couldn’t overcome. As always, there are winners and losers…

Originally issued in 2008, Relic Raiders: Treasure of the Lost Pyramid was listed at one of Dr. Toy’s 100 Best Products of 2009. Finding a copy now might prove difficult, but we did find one seller on Amazon as well as a couple on eBay. Of course, always keep your eyes open at your local garage sales and thrift stores!

Basic Concepts does have many other game offerings so be sure to follow them on Twitter and Facebook. And kids, if you’re playing this game, don’t let your mummy get you!