This past winter has been ridiculously harsh. I’ve experienced some cold winters but this one was exceptionally bad. We’re already past tax day and the weather is just now getting to the point where we can wear something besides winter coats, warm hats and boots. I was thrilled with the chance to wear my new Sandgrens clogs even for just a day before the next round of snow hit us.

Now that we’re finally starting to see some warmer weather, the last thing I want is to have the house all closed up. Spring is a time for opening windows and screen doors, for letting the wind whip through the house and fresh air replacing the stale air that has surrounded us during the frigid cold. In addition to having some fresh air, it is also an opportunity to adjust the HVAC and have some reprieve on the gas and electric bill for a few months. Along with opening the doors, we turn on ceiling fans and run other room fans. We recently received the Ozeri Brezza III Dual Oscillating 10″ desk fan to try out. 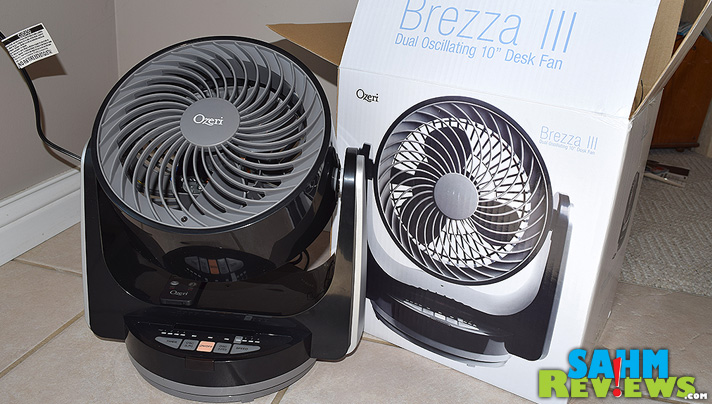 When it arrived, I decided to unbox it and check it out. Based on the size, there is no way it would fit on my desk. Even if it DID, I’m certain it would blow papers all over the place. I love the idea of being cool but not at the risk of having papers shuffled. Instead, I placed it on the floor. Since it comes with a remote control, it isn’t like I need to have it within reaching distance anyhow. 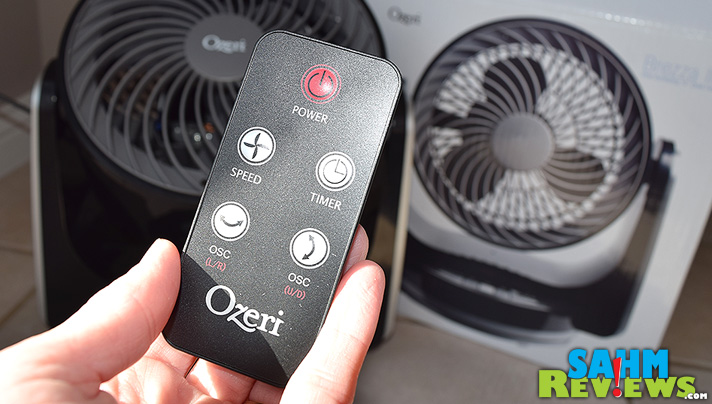 Another unique feature that made this conducive to being on the floor versus on the desk is that it is multi-directional. Every oscillating fan that I have owned has always moved horizontally so having it set at a height to get the most out of it was important. Not with the Brezza III unit from Ozeri – it oscillates not only left and right but also up and down. This allows for a good rotation of airflow whether standing alone or in a corner of a room that uses a ceiling fan. As with most fans, it has different strength levels as well. This one has a “quiet” feature along with three normal airflow speeds.

I find myself resisting the urge to say “and my favorite feature is” because seriously, there are so many great points for this. We started the list with a remote, multi-directional and variable speed but I’m adding another feature to the list: a timer. Our Ozeri Brezza fan is in our bedroom at the moment and I’m not sure I want it to run all night. I can easily set the timer to have it go off part-way through the night. The programmable timer offers the following increments: 1 hour, 2 hours, 3 hours, 4 hours and Off (meaning there isn’t a timer and it keeps running.) 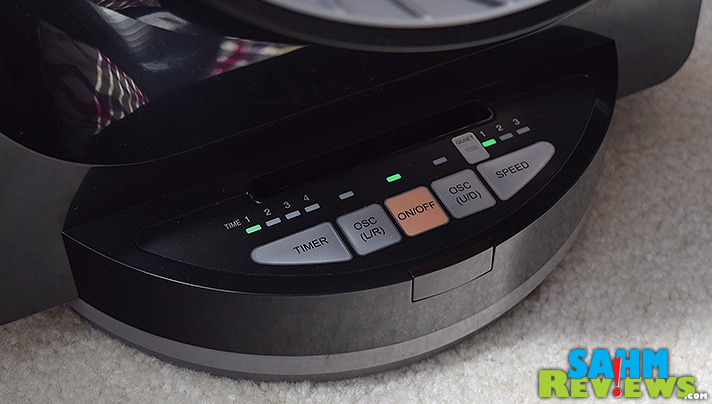 What I found interesting is that the fan doesn’t have to oscillate at all. It can be set to a stationary position either horizontally, vertically or at a random angle. The owner’s manual actually provides details for utilizing it in both the summer AND the winter maximizing airflow of cool or warm air.

Overall, I’m very happy with Ozeri’s Brezza III Desk Fan and look forward to keeping cool with it. You can be an Ozeri fan too on Facebook or Twitter (whether you choose to oscillate or not is up to you). Do you usually run fans in your home to help circulate air and/or keep the energy bills in check? 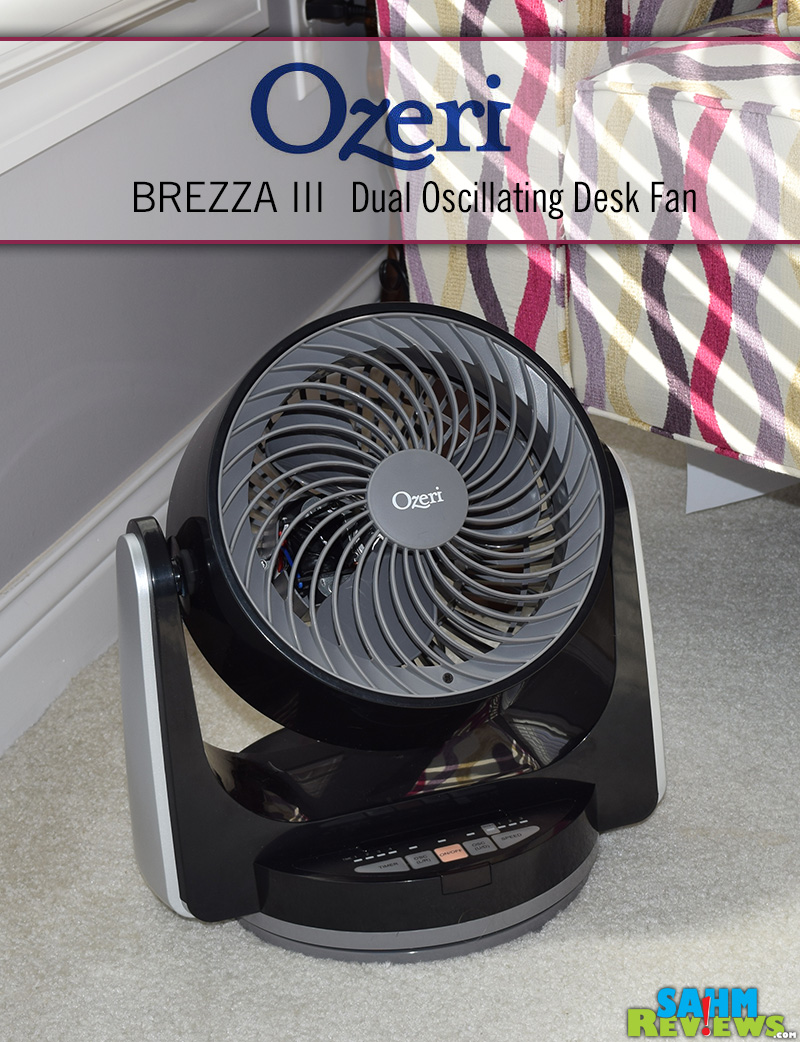 33 thoughts on “Get the Air Circulating”