We never used to be Apple freaks.  Well, maybe I was – my first computer was an Apple II+ back in the late 80’s.  But after that, it was all Microsoft products from DOS 3.1 though Windows 7.  Then I received an iPod Touch for Christmas one year…

It didn’t take long before it came time to upgrade our Motorola RAZR phones (the old flip kind) and we entered app-heaven with our brand new iPhone 4’s.  We were hooked – and when the first iPad hit the market 2 1/2 years ago, we knew it was the perfect upgrade for our broken laptop.

We have continued to upgrade our Apple products when new ones arrive as the features are worth the upgrade price to us.  Fortunately the older models do a good job of retaining their value, so the bite isn’t so bad.  But for our iPad, when we got the latest version this spring, the original iPad became the sole domain of our girls.

At first we tried to dictate how they were to use it.  I downloaded appropriate books and comics, and they did a good job of using it as a learning tool.  But eventually they discovered TV apps from their favorite channels and began using them as a remote television!  I’m sure our ISP isn’t too pleased with the additional bandwidth usage, but the girls are sure happy to catch the latest episode of iCarly without fighting with dad for the living room.  (I must admit, I’m happy to not have to hear it either!) 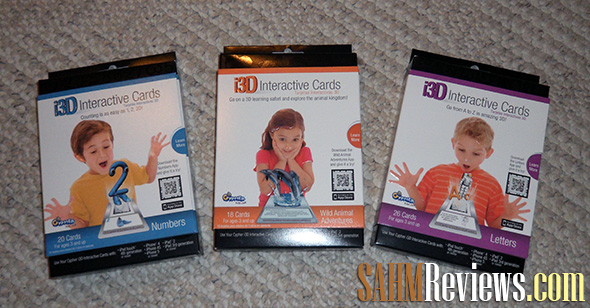 But, they began playing too much on the iPad and not using it for educational opportunities – so the time had come to bring back some balance.  Enter these new flash card products from Cypher Kids Club!  Targeted at kids ages 3 through 10, these should be a good distraction from not-so-happy birds and made-up-words-with-acquaintances.  Their associated apps are a free download from iTunes, but consider yourself warned – because of the technology and animation involved, they are larger-than-normal downloads – over 200MB each!

The premise here is very simple – using the camera on your iPad or iPhone, you experience an ‘augmented reality’ by pointing it at a special barcode on the learning cards.  This in turn activates an activity or informational session with animation to capture their attention.  There are 18 cards in the set and by matching it up with the corresponding card in the app, you unlock a wealth of information about the item you are scanning.  Because of the age of my daughters, the alphabet and numbers modules were below their capabilities, so we elected to test out the Wild Animals Adventure version. 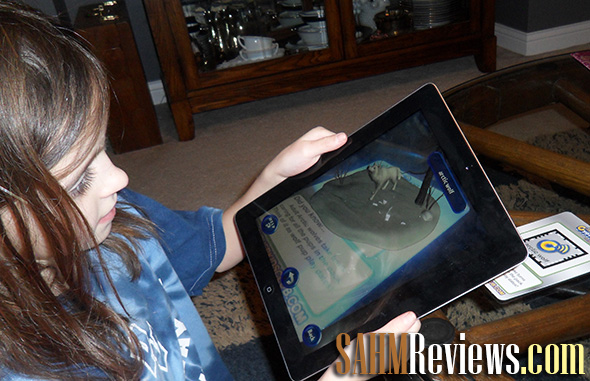 My youngest took to it right away and really enjoyed seeing the animals in action while listening to a narrative giving facts about that particular animal.  I consistently heard her comment, “Wow, I didn’t know that!” 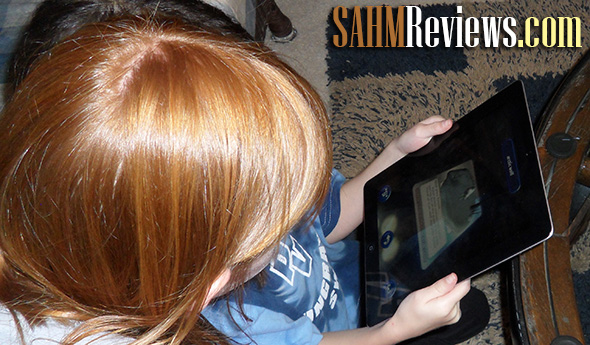 Of course, if she’s having fun with it, her older sister has to see what’s up… 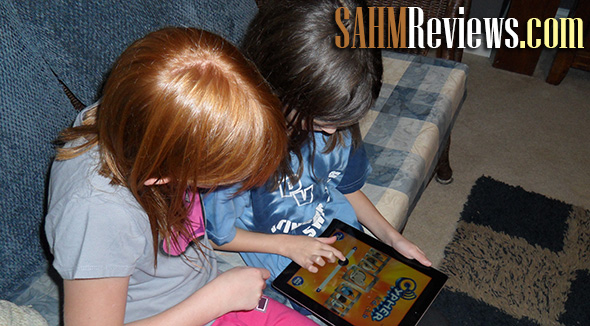 The software was so engaging they actually ‘played’ together and went through the entire deck to learn about all the different species.  At half the price of a typical video game I think this is money well spent – and they’ll even learn something!  So maybe, just maybe, we can get back to using the iPads more for learning and less for entertainment.  With apps like these I guess we CAN have it both ways!

If you’re looking for a good Christmas idea for a young learner, these would make a great stocking stuffer.  You can find them online as well as at your local Target stores.  Be sure to check out Cypher Entertainment on Facebook and Twitter!

1 thought on “Is That a Frog in Your Pocket?”