At the beginning of January, I sent a goal for myself. Not a resolution, just small steps. As we wrap up our #31Days and move on to the next, I wanted to give you a recap.

While we still ate out quite a bit, I tried to rethink what I ordered. Yes, mashed potatoes and gravy would be we tasty but green beans are a better choice. (and since the kids were ordering mashed potatoes, I could always sneak a bite of theirs to satisfy my taste buds.)

Despite the horribly cold weather, I made it to the gym when I wanted. But I supplemented the exercise with Your Shape: Fitness Evolved and Dance Central for the Kinect. And while I wanted to spend some time on the treadmill, I just didn’t make that happen… Maybe in the next month. DH made me realize that I spend a lot of time reading blogs and sites when I could be writing. So for times I’m going to read, maybe I should just commit to doing it on the treadmill, using my iPad… that’s one of the reasons he bought it for me in the first place! 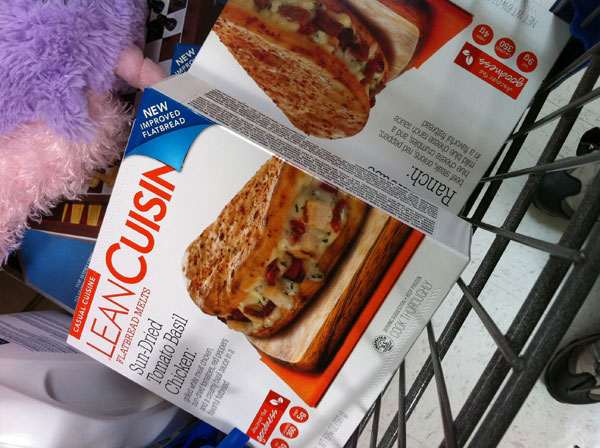 For some lunches (and one dinner for a night meeting at work), I enjoyed Lean Cuisine meals and sandwiches. I think previously I kept referring to my favorite as a panini but it is actually a flatbread. Yum. On other days, I opted for a large salad with extras like sunflower seeds, carrots and peppers. Even sometimes, I added a hard boiled egg for extra zip.

Here’s a tip if you have a love/hate relationship with salads: I always build my salads backwards with the lettuce coming last before the dressing. If allows what I consider my least favorite part of the salad (the greens) to end up with the bulk of the dressing. Ultimately, I add less dressing than if the greens are on the bottom of the pile. 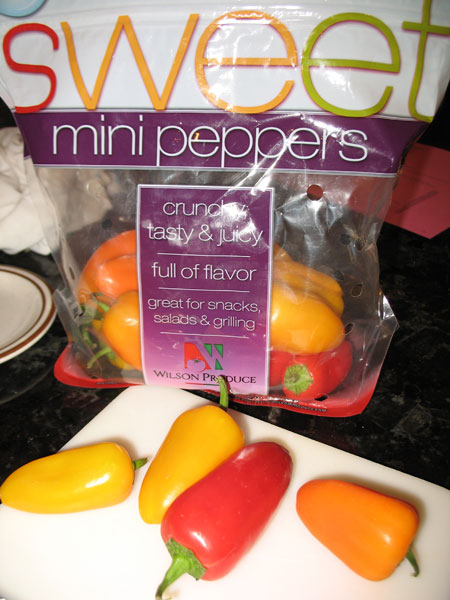 Snacks were still a downfall for me. I love snacking but found some alternatives to offset some of the junk. There’s a stock of carrots in my fridge that I snack on without ranch or dip.  I also picked up a bag of sweet mini peppers from Sam’s Club that were a great treat while watching TV. Those extra veggies also made a great addition to my salads.  To satisfy my sweet tooth, I snacked on Skinny Cow ice cream sandwiches despite there being a container of Blue Bunny Peanut Butter Panic in the freezer. Sam’s carries a variety pack of Skinny Cow sandwiches while Walmart has a new value pack. 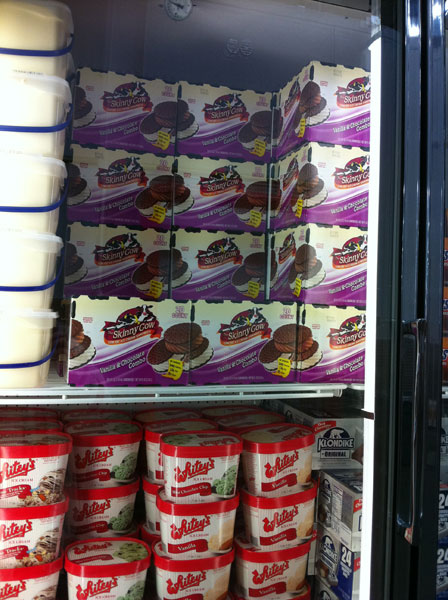 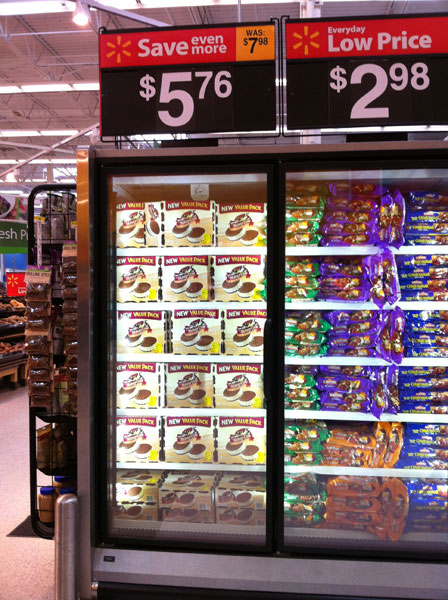 We celebrated my daughter’s birthday during the month and instead of getting or making a cake, we picked up enough mini cupcakes at Walmart that everyone would get two and there would be only a few left.

When I weighed myself yesterday, I was at 182, down a full five pounds from the beginning. That’s about a pound a week.  Down.  Not up.  That’s progress.  It isn’t a lot, but it was achieved naturally doing things that I could continue to do for the next #31Days – even though the sponsored program is over.   Small doable changes throughout the month have set me up to succeed.  The goal is to continue this effort and get healthier for myself and my family.