Well, the kids are officially wearing their winter jackets every day now.  And the snowpants will be making their annual debut shortly.  I’m swearing up one side and down the other that I hate winter.

Funny thing though… When I lived in Los Angeles, I missed having seasons and was anxious to return to Iowa.  Somehow, I failed to recall how horrible winters are here.

But we make the best of it.  If the kids are out playing in the snow, they know when they come back inside that I’ll fix them up a cup of hot chocolate. Usually with marshmallows, too.  They even have their own special mugs.  As I recall, there were times last year that they went outside for about 2 minutes… just so they could come inside and have hot chocolate.  I guess I can’t blame them.

This year, I’ll be serving up something new.  Cold Stone Creamery branded hot cocoa.  Yeah. Too cold outside for ice cream so they converted it into hot cocoa form so you can enjoy the delicious chocolate flavor throughout the winter. I bought it when I first found out about it and tried it. So when Collective Bias offered up a campaign for it, I was all over it.

However, this isn’t just a standard review campaign. For this one, Collective Bias asked us to share it. You know, buy it and sit with other people while they drink it. I opted to bring along all the fixings to introduce it to my extended family during our Thanksgiving festivities. 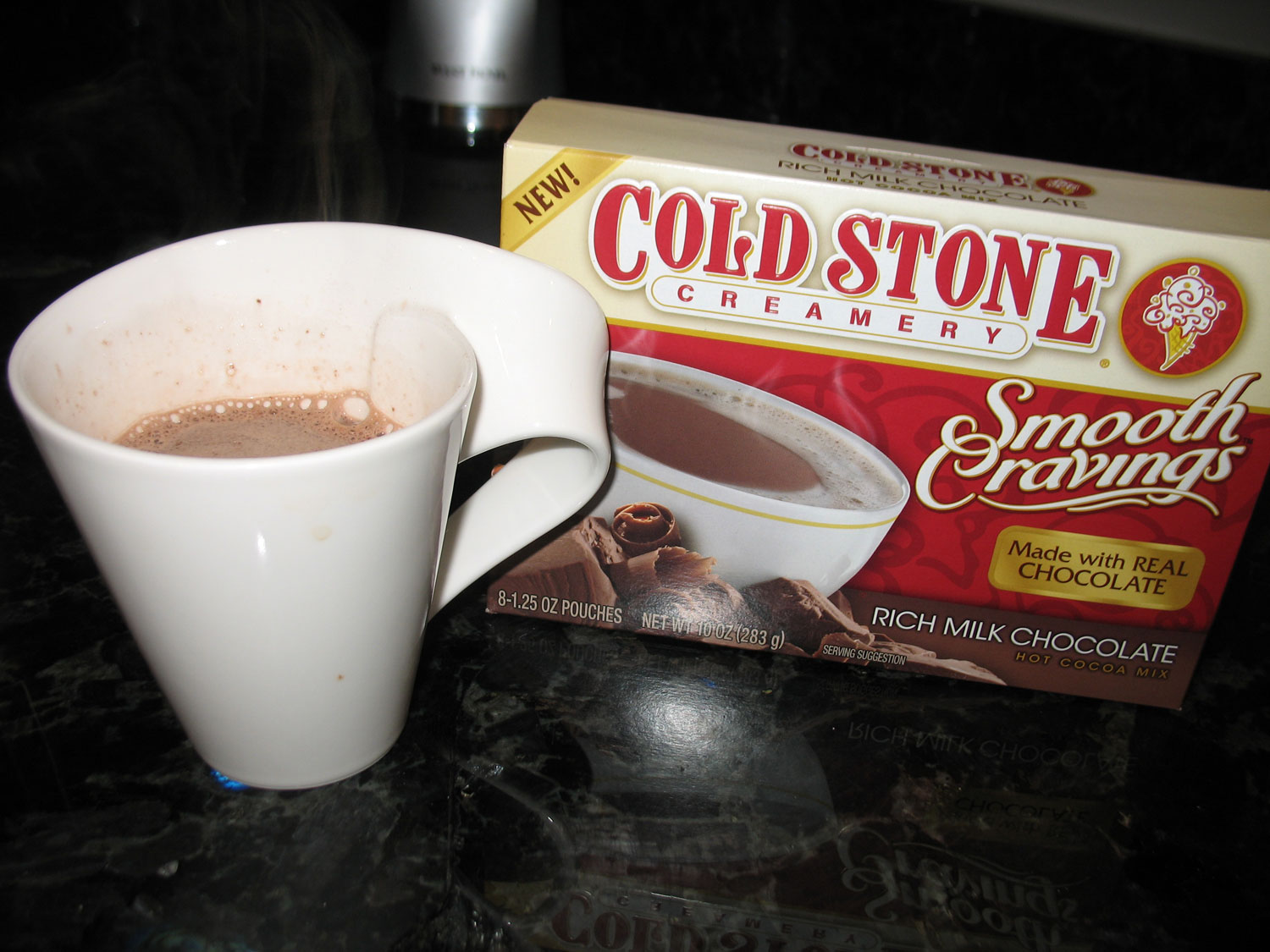 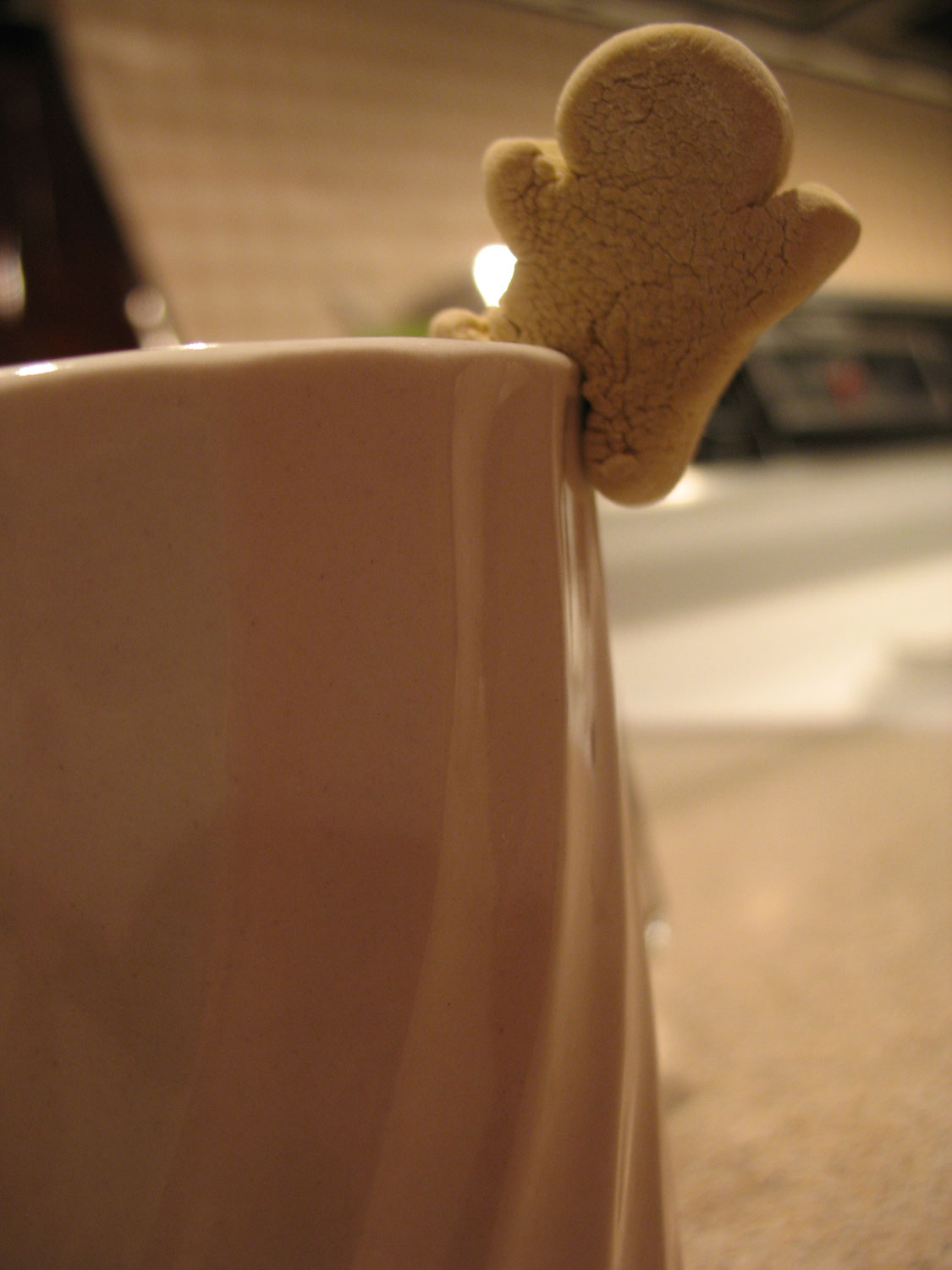 We started off the project by shopping at Walmart. We picked up some Cold Stone Creamery Hot Chocolate, Gingerbread marshmallows and heavy whipping cream for making a batch of fresh cream to top off the cup. There are a lot of options and I considered purchasing some flavored creamers to give the hot chocolate a more mature taste. But I decided that the focus needed to be on the hot chocolate and not all the extras. 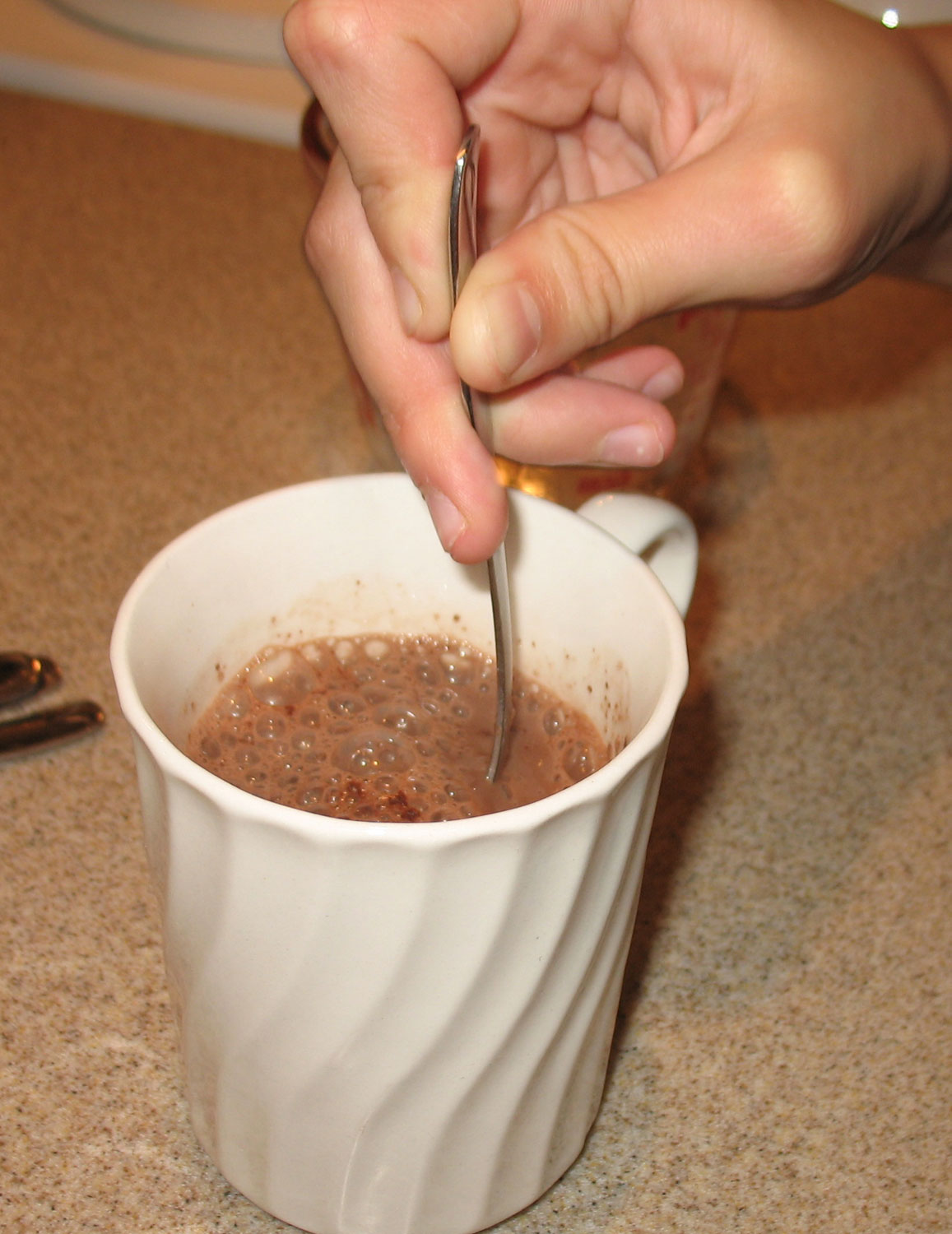 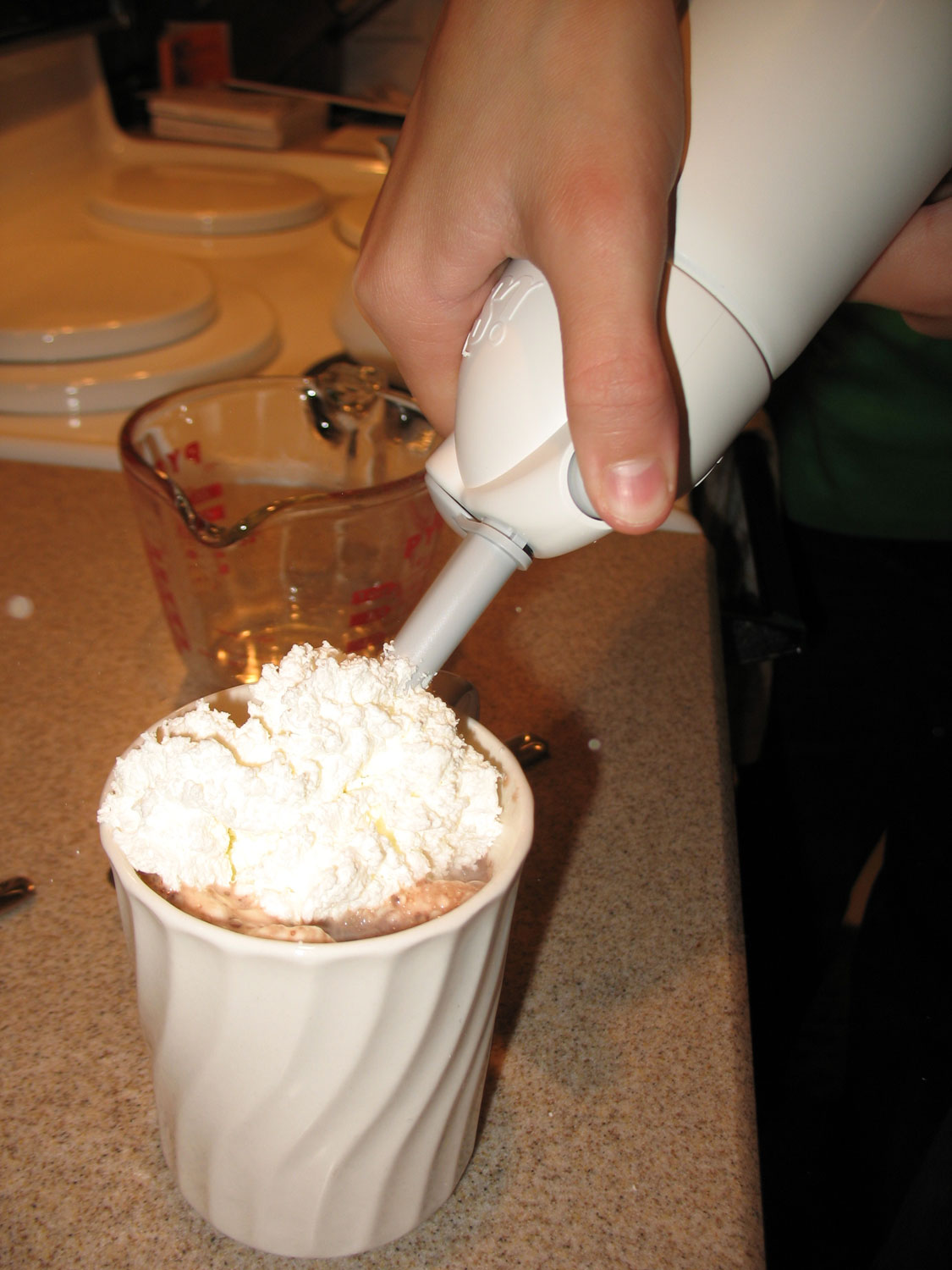 Thanksgiving was the focus event. My niece was my designated helper. Was pretty cool being able to have her work along-side me… we’ve never done anything like this before. She was in charge of everything from measuring the boiling water to topping the cups off with whipped cream. 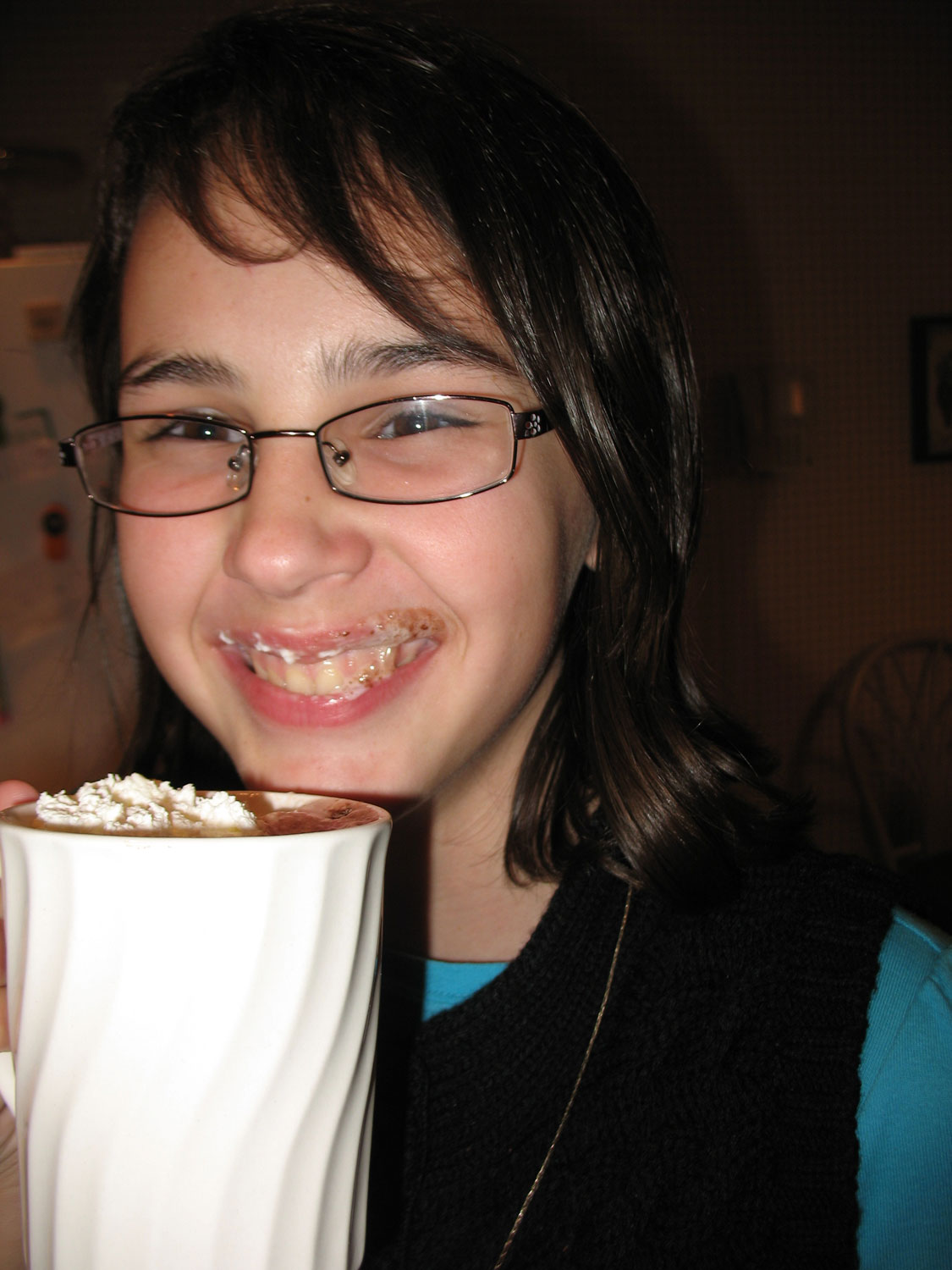 Her only condition, of course, was that she got the first cup!  MY only condition is that I got to take a picture of her with her whipped cream mustache!

The Cold Stone Creamery hot cocoa was a hit with everyone that had some. One guest insisted she wasn’t going to have any but after everyone else started enjoying it, she changed her mind and asked for a cup. 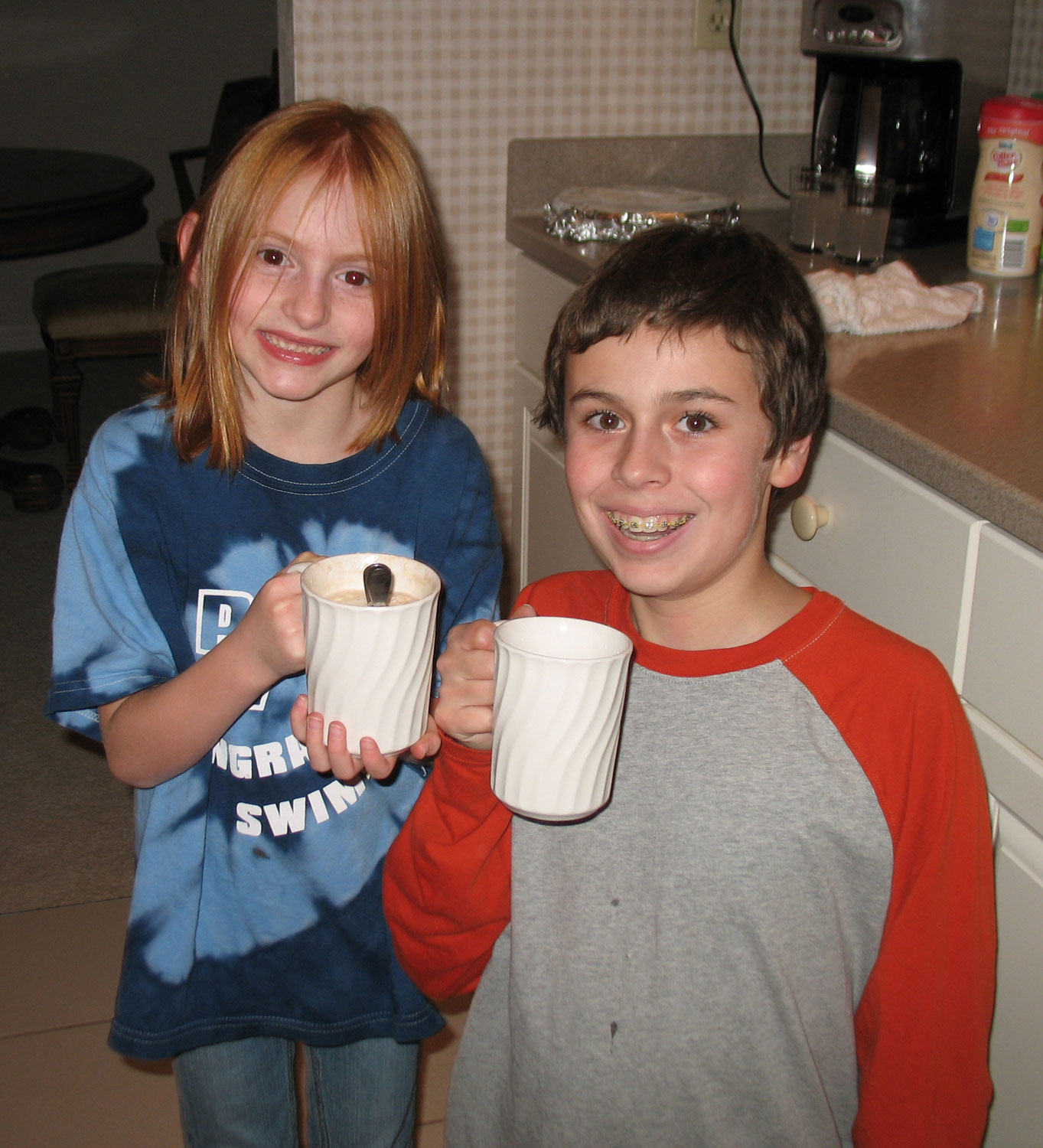 My nephew surprised me by asking for the Dark Chocolate flavor… I always thought dark chocolate was something only adults liked. When he tried it, he said it was THE BEST hot chocolate he had ever had. DH said to me later “It probably tasted really good because you made it with milk.” My reply to him… “I made it with water.” Even DH was surprised by how creamy it was with only water!

Although they didn’t really ask for a review, I will tell you that it is creamy and tasty and (in my opinion) much better than what we had been purchasing. AND if you use their current coupon, you can pick up a box at Walmart for 98¢ after coupon and rollback. For that price, it’s worth giving it a taste, right?!

Be sure to stop by the Cold Stone Hot Cocoa Facebook page to read about other experiences people have put together for this fun campaign!

1 thought on “Warming up from the Inside Out”