Our wedding ceremony set the tone for how my marriage would be – simple and thrifty with hints of humor in unsuspecting places.  Father Ken, the priest who married us, shared a tidbit of information that DH had shared with him…  Once upon a time, I burned some grilled cheese.  As he told the story, I bowed my head and shook it knowing this was neither the time nor the place to slug my husband.  The congregation laughed and so did we.  And we still do.I’m not a total failure as a cook.  I have some killer recipes.  Err.  Scratch that – probably not a good choice of words. I make some awesome recipes – like Rotisserie Chicken Salad  and Stuffed Mushrooms.  I’m also very open to letting my girls get some experience in the kitchen just like my mom did when I was young.  Sometimes they help me bake, other times help chop vegetables or tenderize meat.  They enjoy helping in the kitchen so it made perfect sense that when they saw commercials for the Girl Gourmet Cupcake Maker they were all over it.  Then we were given the chance by Jakks Pacific to test one out and they could not wait until they got to use it. 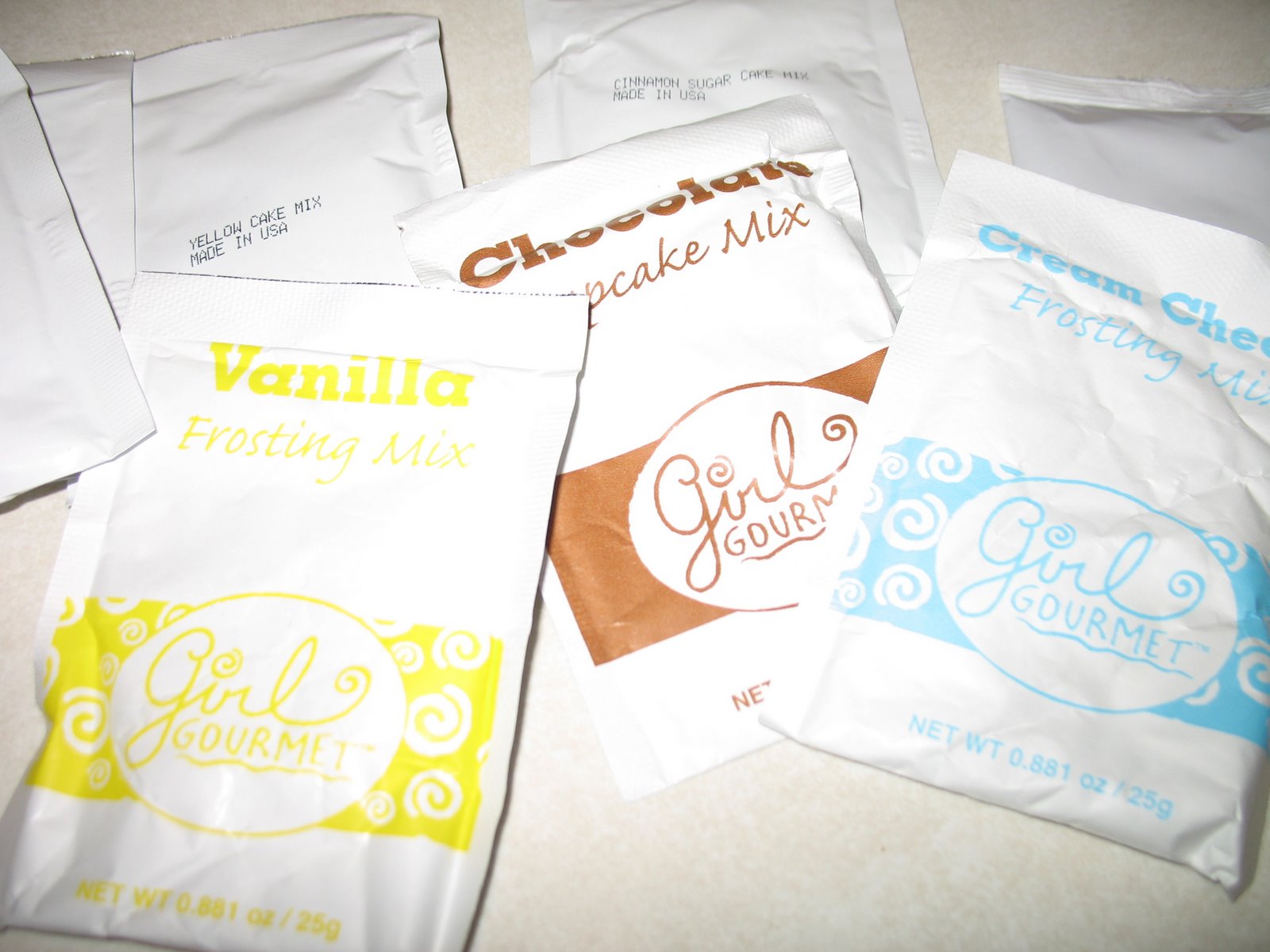 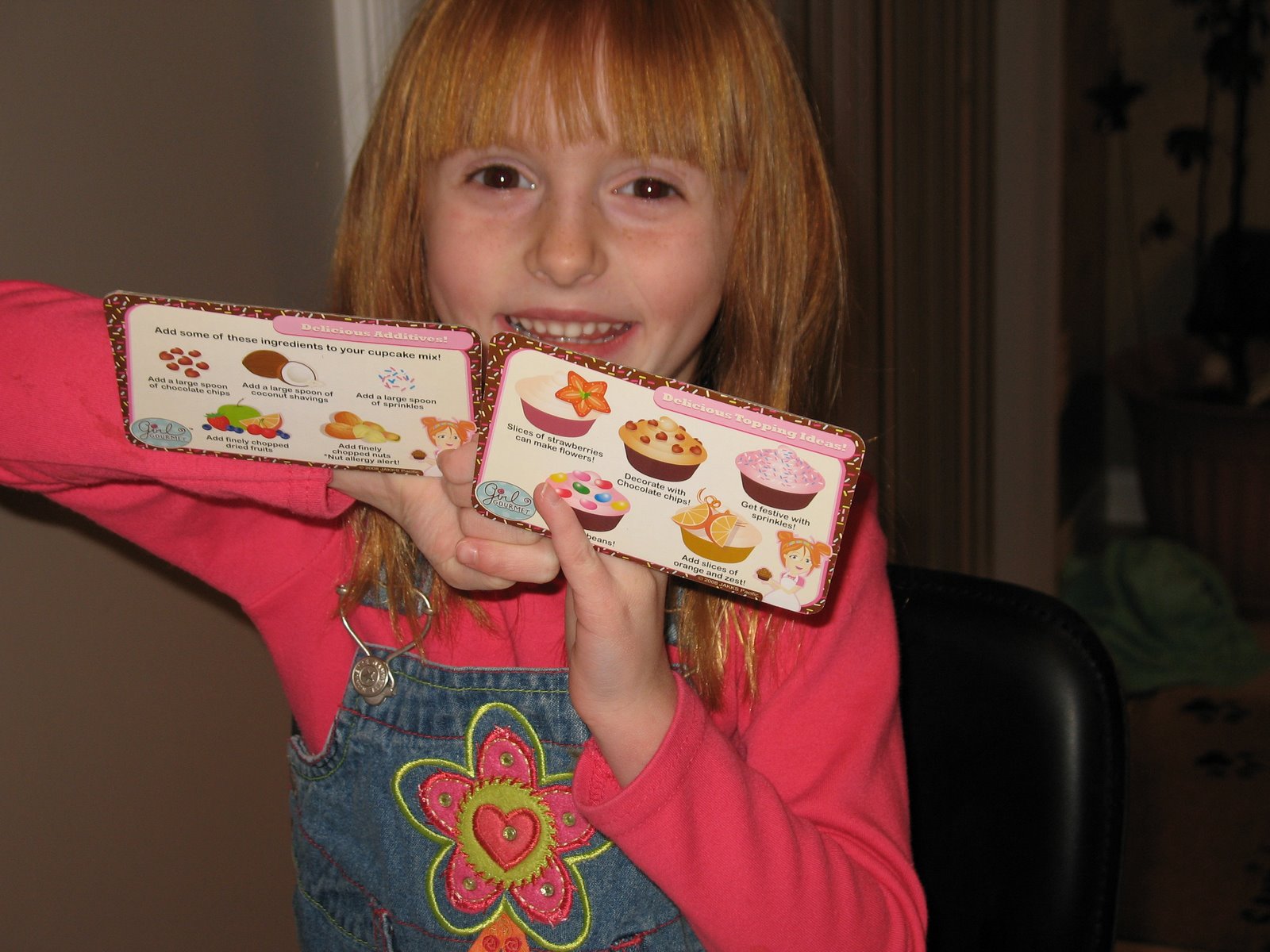 With recipe cards in hand, the girls picked their cupcake and frosting flavors.  The recipe cards provided examples of what extra could be added to the mix for custom flavors.  We opted to forgo any of the additives since it was our maiden voyage on the cupcake maker.We stirred the mix in the miniature bowl then added extra water for consistency.  I poured it into the paper cupcake mold then placed it inside the child-sized steamer to microwave.  When I was later recalling this for a friend, she scoffed at the idea of steaming or microwaving a cupcake with concerns for safety.  First, I told her that even my adult steamer has recipes for desserts like pound cake.  I further reminded her that we turned out just fine after repeatedly consuming pint-sized desserts cooked using only a light bulb.  She smiled and I knew her worries had disappeared. 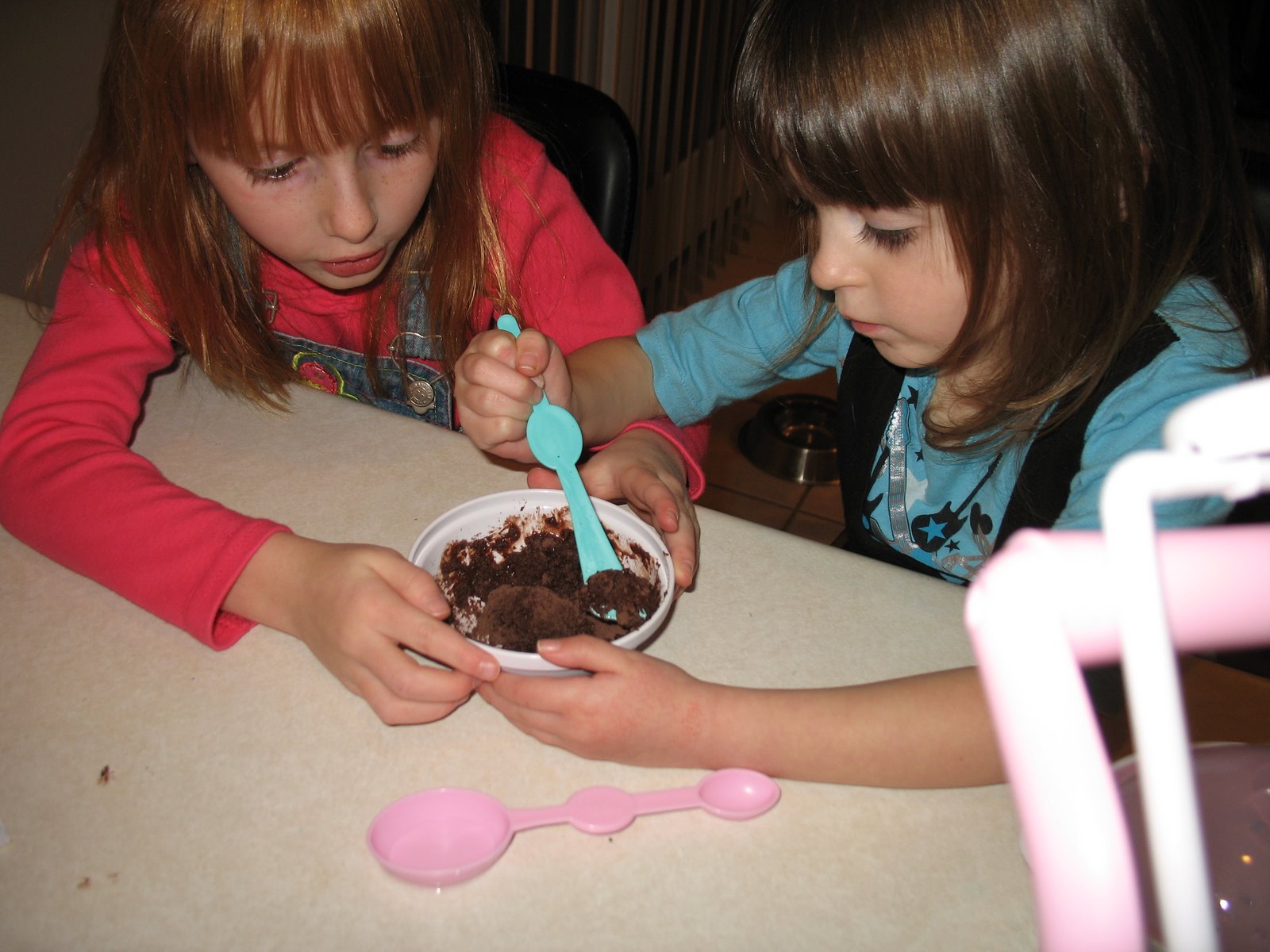 While the cupcake was cooking, I washed the bowl and mixing spoon then we made the frosting.  The cupcake maker has a very narrow frosting tube and would have been very difficult for my 5 and 4 year old girls to do themselves.  It was time consuming to fill – and resulted in me needing to lick frosting off my fingers.  Oh, the woes of being a mom. 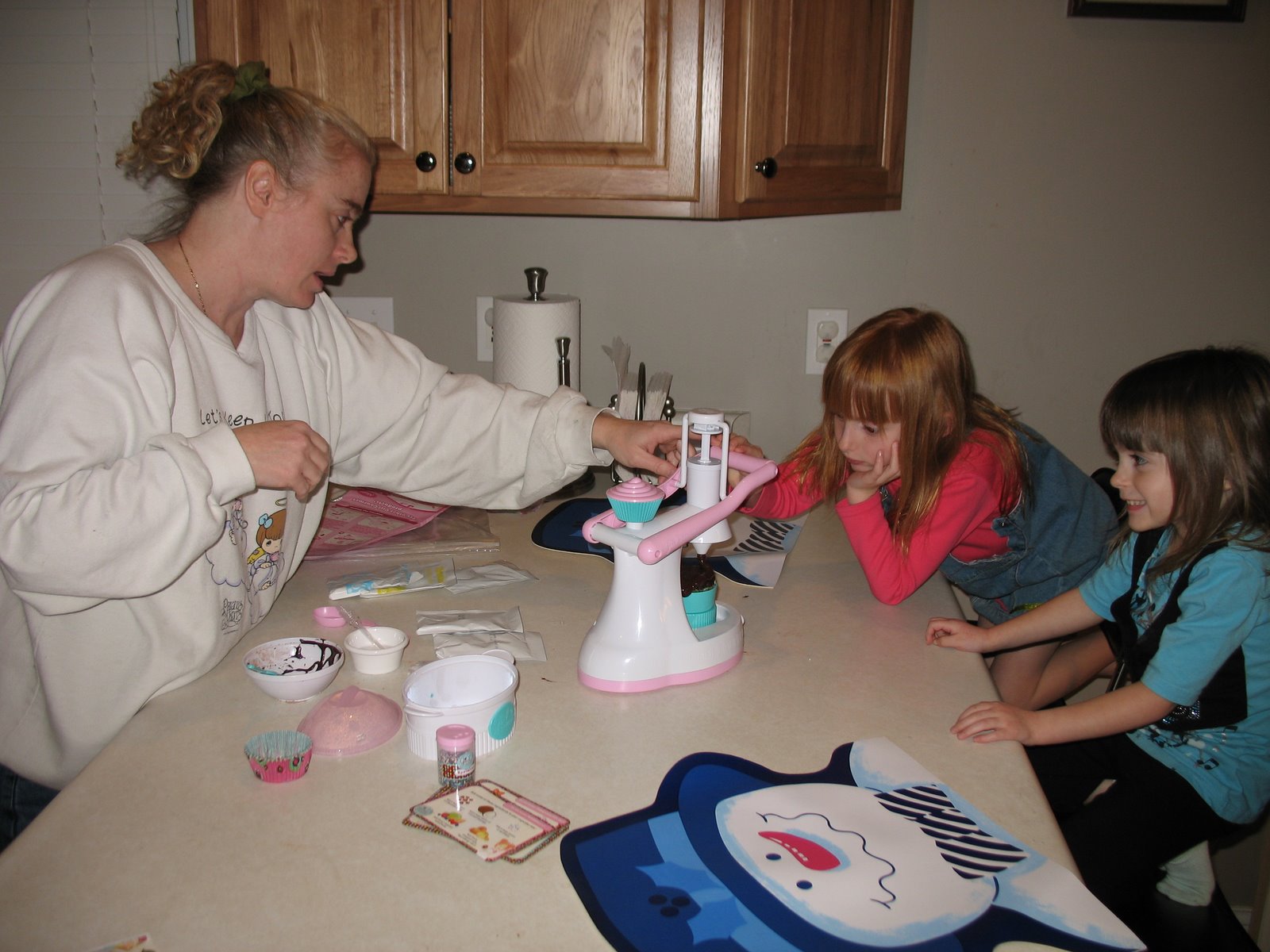 The process of actually decorating the cupcake was very quick and easy but the girls really enjoyed it.  That’s really what counts with things like this.  My biggest mistake was in not letting the cupcake cool before frosting it.  As with any dessert, frosting tends to get runny when applied to a heated cake.  I won’t make that mistake a second time. 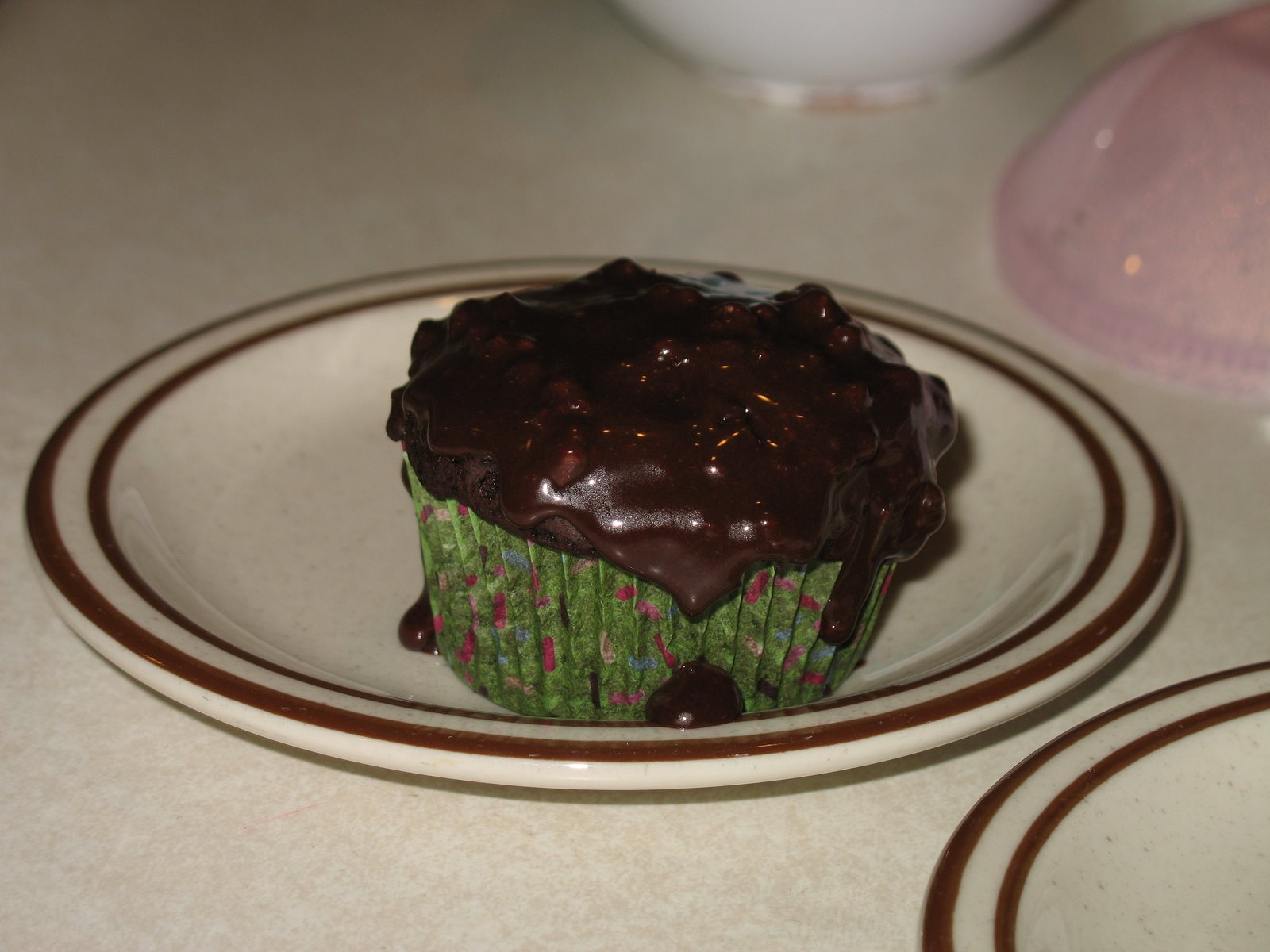 Thanks to my frosting snafu, the cupcake was not the prettiest thing.   So much like real life, as you may recall from the wedding homily.  But the girls proclaimed that it tasted great!  And for parents of children with food allergies, ingredients for Girl Gourmet Cupcakes are gluten and wheat-free, trans-fat free and produced in nut-free facilities. 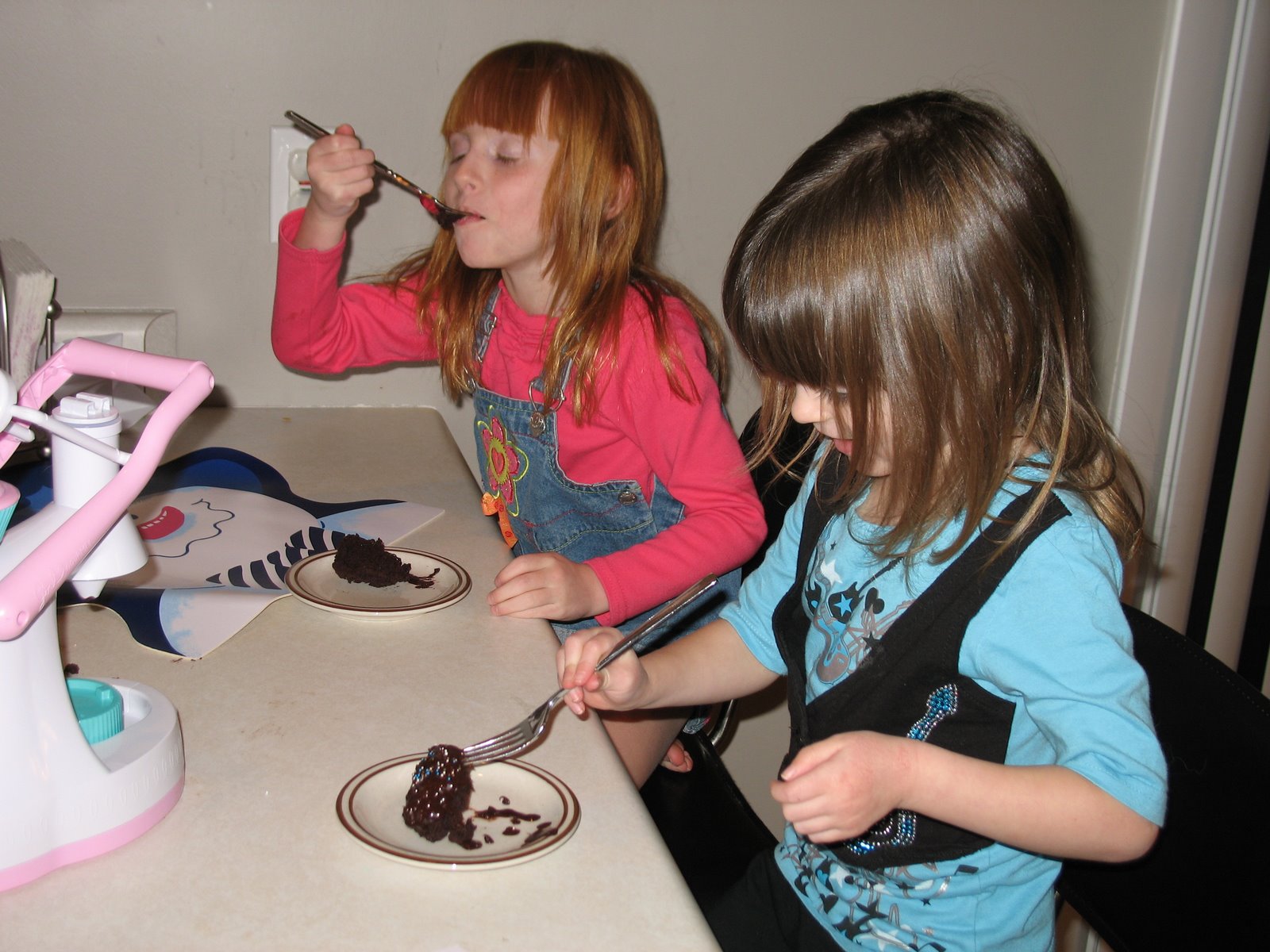 The Girl Gourmet Cupcake Maker is geared toward young bakers ages 8 and up but also makes a great mother/child project for younger kids. The girls and I had a great time and I hope they carry wonderful memories like this along for years to come.

1 thought on “Look out Food Network. Here We Come!”