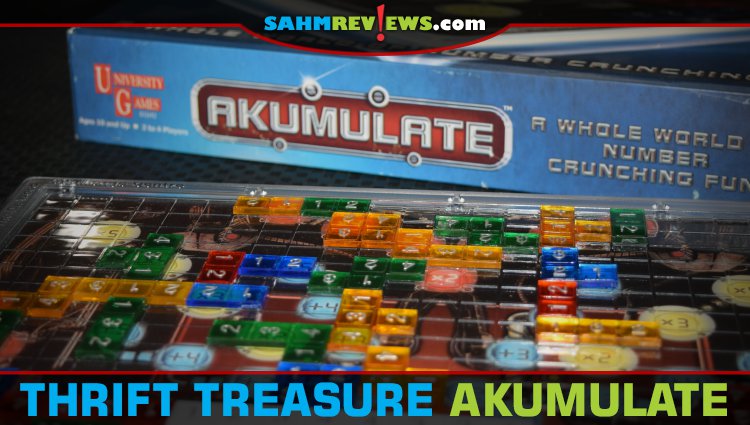 There has never been a lack of games that try to expand on the crossword-style of games made popular by Scrabble. Some use unique letter tiles. Showdown Poker uses dice with the various card suits and numbers. Sumoku capitalizes on the popularity of Sudoku by employing numbers instead of letters. There’s even an entire line of Qwirkle games which feature shapes and circles!

This week we came across Akumulate by University Games at our local Goodwill thrift store. Although very similar to a traditional game of Scrabble, Akumulate is all about numbers and scoring as many points as you can. It also does away with traditional tiles drawn from a pile or bag and instead requires each person to choose from their own set of polyomino tiles with numbers on each block of the shape. 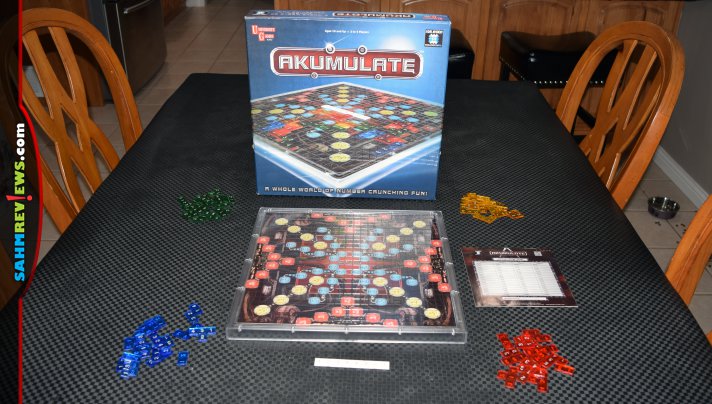 The Akumulate box contains a well-made plastic board with a colorful printed backer. Sixty-four plastic polyomino tiles, sixteen for each player in their color, along with a white, straight plastic starting tile are also included. Setting up is as quick as sorting the tiles by color and giving one set to each player. The youngest player will begin the game and starts by placing the white starter tile anywhere entirely within the red zone in the center of the board. 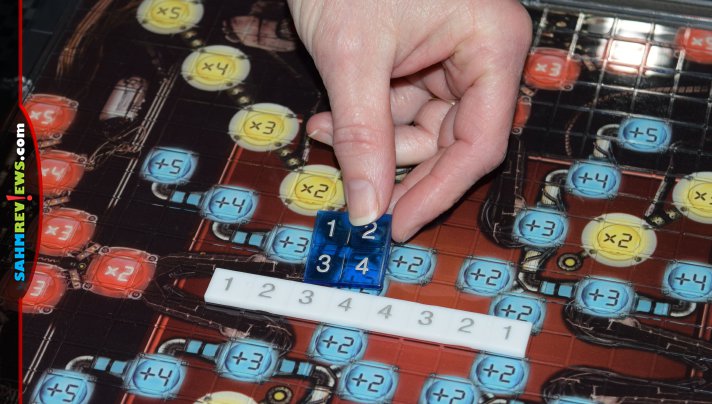 For each turn a player will place any of their tiles onto the board. It must touch another tile or the starting tile in at least one location. In all places there is a connection to a previously-laid tile, the numbers must match exactly. The sum of all the numbers on the newly-placed tile as well as the numbers of the connected areas is tallied and written on the included score sheet.

As in Scrabble, certain spaces on the board award bonuses when played upon. These are referred to as “accelerator squares” and do different things depending upon their color. Blue squares add a bonus to your sum ranging from 2-5. Yellow squares multiply the value of the number resting on it before figuring your sum total. Red squares multiply the entire sum of your play! It is even possible to cover more than one red square on a turn, which can really turn the tide since they will multiply each other! 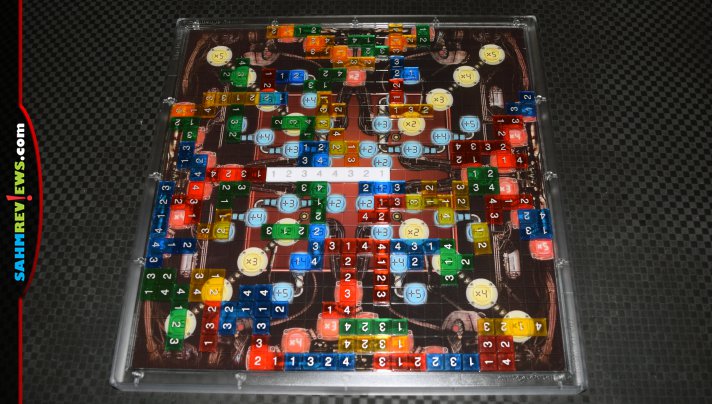 A game of Akumulate continues with players taking turns until all sixteen of their pieces have been played. Players must keep their available tiles exposed at all times so other players can strategize their placement. The game is designed for 2-4 players, but does suggest playing as teams if you have more than four who want to play.

Akumulate isn’t that old of a game and was originally published in 2007. You probably won’t find new copies at retail any longer, but there are plenty of used examples at discounted pricing on eBay! Just make sure all the polyominoes are present as this would be a very difficult one to find substitute replacement parts unless you have access to a 3D printer. And even then, the colors won’t match.

Are you a fan of Scrabble variations? Or do you find them uninspired?