Everyone has a favorite something. Whether it’s a sport, toy, television character or food, there’s always something that makes you smile when you see it. This gift guide is filled with gift ideas relating to iconic pop culture brands like Coca-Cola, Marvel, Harry Potter, Batman, WWE and Ghostbusters to name a few. Why not surprise your gift recipients with a gift that revolves around one of their favorites? Seems like the perfect idea to me!

Many of the items included in this gift guide are also participating in our Mega Giveaway. After you’ve added some of these to your shopping cart for your gift recipients, spend some time perusing our current giveaways to enter to win some of these for yourself! 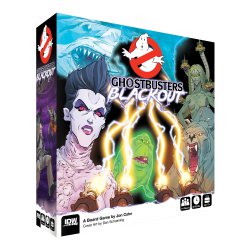 After a major power outage struck New York, the  Ghostbusters must set out to capture all the ghosts escaping from their containment unit. With the whole city suffering from a blackout and an onslaught of ghost rampaging around, it’s up to the Ghostbusters to quell the chaos and get those ghosts busted! Ghostbusters: Blackout is a fully cooperative board game for 1-4 players. In it, players roll dice and allocate them to move around the city, capture ghosts, and buy upgrades for their ghost-busting tech, all while trying to keep the city from collapsing from the ensuing chaos! 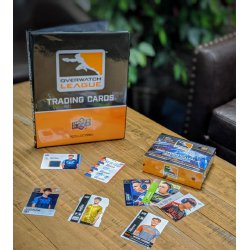 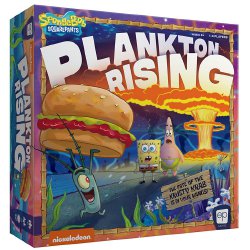 Are you ready kids!? SpongeBob SquarePants: Plankton Rising is a fun cooperative card and dice game where players assemble a team of allies to face off against Plankton. Take on the roles of your favorite Bikini Bottom characters such as SpongeBob, Patrick and Squidward. By using a combination of strategy and luck, players will attempt to take down Plankton from atop the Chum Bucket and thwart his plans to steal the Krabby Patty’s precious ingredients. 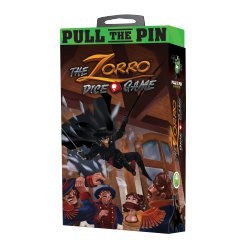 Prove that you are worthy to become the next Zorro by showing your heroism and proficiency in battle as you defeat the scoundrels and villains that are persecuting your fellow citizens in this King of Tokyo/Yahtzee style dice roller. Will YOU be the next Zorro? 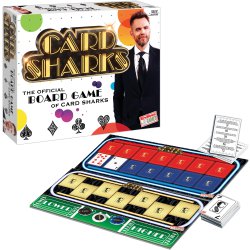 Card Sharks is the new home version of the revamped, hit ABC-TV game show hosted by Joel McHale. Like on the show, contestants will answer census questions to gain control of the cards. From there, it’s a game of High-Low where a player must determine whether the next card turned over is higher or lower than the previous. The NEW 2020 version of the game celebrates the 40-year history of the game show, with all new art, questions and game play. 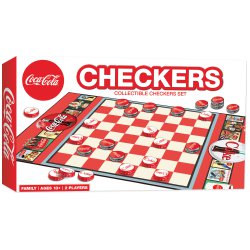 Throughout this collaborative experience like no other, you must work together to follow a series of clues and solve puzzles to unfold multiple layers of the game and move deeper into the facility to find your ship! You’ll encounter many obstacles and characters along the way—good luck! It’s more than a game, it’s an experience–this game provides the thrill and challenge of an escape room, combined with the experience and world-immersion of a movie! 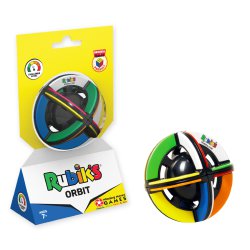 Are you ready to take on the latest Rubik’s puzzle? The challenge is to solve all six sides of the 360º rings to match the Rubik’s color all the way around the sphere. The Rubik’s Orbit is an exciting new take on the Rubik’s 2×2 puzzle. Contains: 1 Rubik’s Color Blocks puzzle.
Ages: 8+; Players: 1; SRP: $12.95 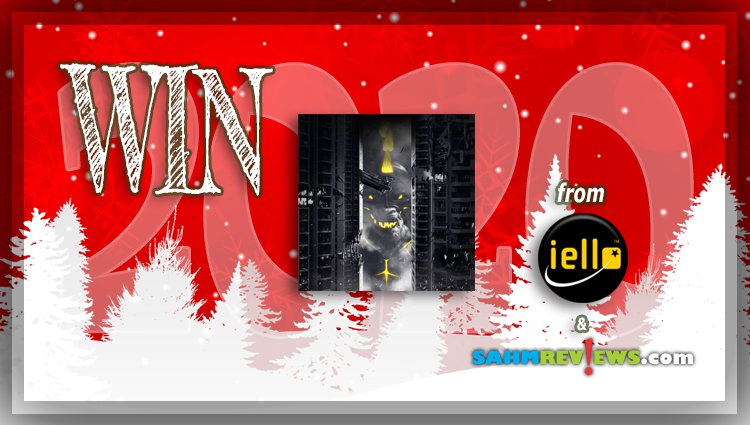 The legendary King of Tokyo comes to your tabletop in a limited DARK EDITION, where you can discover the dark side of giant monsters clashing. The setting is more wicked than ever, and Tokyo is the prize! 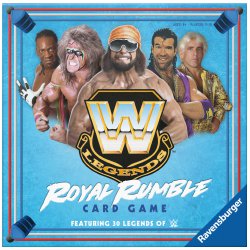 Enter the ring as a WWE Legend and face off against your rivals in the WWE Legends Royal Rumble® Card Game! Use electrifying attacks and signature finishing maneuvers to eliminate your opponents! New Legends enter the Rumble
as others are thrown over the top rope. Can you survive the brawl to remain the last legend standing? 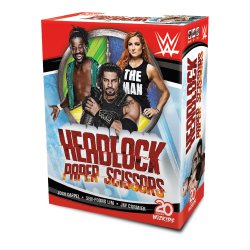 WWE: Headlock, Paper, Scissors is a game of striking, showboating, and making hand signals! Players select their favorite superstar from the twelve included in the game — e.g., Roman Reigns, Kofi Kingston, Becky Lynch, and Asuka — then work to gain the most popularity and reach the briefcase at the top of a 3D ladder while making sure their opponents don’t get there first. Each round, players select a shared technique or their superstar’s signature technique, then simultaneously chant “Money!” “In The!” “Bank!” before revealing their technique and their target. 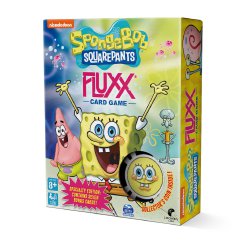 You probably already know who lives in a pineapple under the sea, but now you can join the whole Bikini Bottom gang in an undersea version of Fluxx! You can steal Mr. Krab’s Money or Squidward’s Clarinet, give a Krabby Patty to Plankton – you could even drive off in the Invisible Boatmobile! So, if nautical nonsense be something you wish, you don’t have to use your imaaaagination, just play Fluxx like a fish! 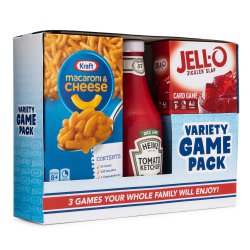 JELL-O® Jiggler™ Slap Game
“LEFT HAND…LIME!” Listen for the JELL-O flavor that’s read out loud, then be the quickest to slap your hand – the CORRECT hand – on the corresponding JELL-O Jiggler card. If a Jiggle! card is called out, you must jiggle and wiggle for the flavor you savor. You’ll love this quick-thinking, hand-slapping game from everyone’s favorite jiggly treat. There’s always room for this JELL-O gelatin game!

KRAFT® Macaroni & Cheese Game
Satisfy your cravings with the KRAFT Macaroni & Cheese Game! Roll the dice and add them together, then play the noodle cards that match. Keep an eye on Cheesasaurus Rex as he boosts his way higher up the Noodle Meter, but make sure you don’t run out of noodles! The first person to play all of their cards OR the last person with leftover noodles is the mac & cheese dinner winner! It’s cheesy goodness your family will love!

HEINZ® Ketchup Dice Game
Roll the dice and collect as much ketchup as possible to try and score 57 points! But beware, if you get too greedy for the taste of HEINZ ketchup you could lose everything! Mustard and Sweet Relish bring an added level of flavor to the game, but can serve as penalties in your quest to roll the best. It’s HEINZ ketchup or BUST in this press your luck game of risk versus reward! America’s Favorite Ketchup™ game is definitely worth the wait. 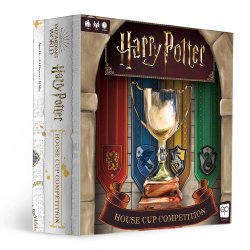 Welcome to another year at Hogwarts™ School of Witchcraft and Wizardry! The House Cup calls for the brightest students to compete in this worker placement strategy game. In Harry Potter™: House Cup Competition board game, use gained Knowledge and Magic to learn Lessons and complete Challenges. Players send iconic characters like Harry Potter, Cedric Digory, Cho Chang, and Draco Malfoy out on the game board to enhance their skills. The player to earn the most points for their House will be named the House Cup Champion! 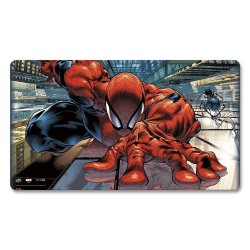 Upgrade your game room (or any room) with Upper Deck’s new line of Marvel desk mats featuring Spider-Man, Wolverine and Thanos! The mats are oversized (24″ x 13.5″) and rolls up for easy storage. 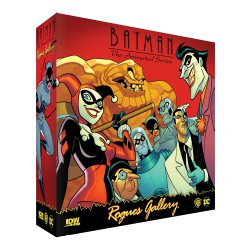 Defeat the Batman to rule the city! Gotham City’s coffers are ripe for the robbing, but one thing stands in the way of the city’s supervillains – the reviled Batman. It’s time someone finally took out that nuisance! Choose your favorite villain, then go on crime sprees, steal powerful upgrades, recruit nefarious accomplices, and race to complete your master plan and be the first to defeat the World’s Greatest Detective!

If these ideas didn’t strike a chord for you, check out the many other suggestions we’ve made. Find gifts for younger kids, games for teens and adults, family games (and more family games), home and electronics ideas,  card and dice games, STEM gifts and party games! Hopefully these guides can help you find something for everyone on your shopping list! 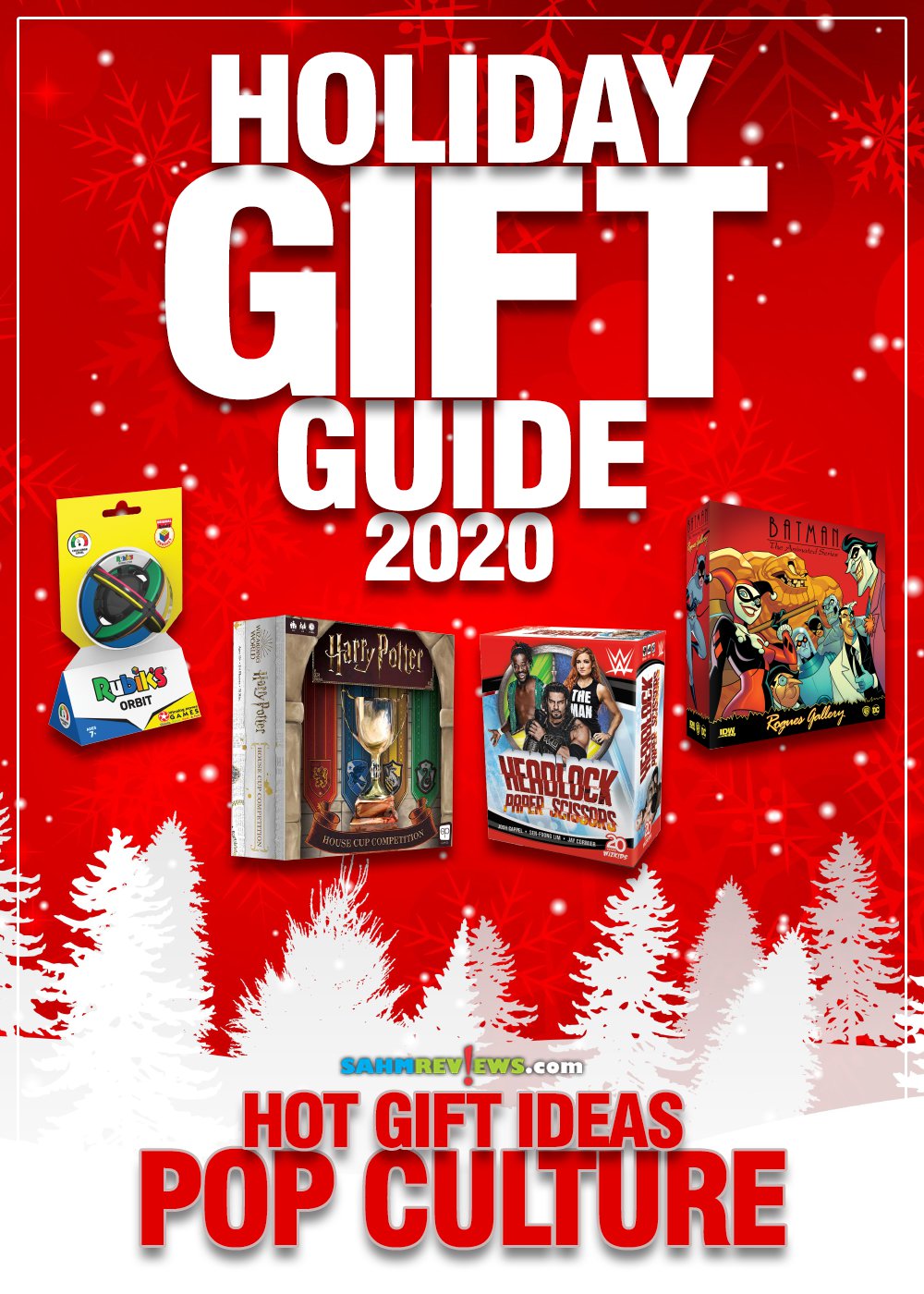