Back at the beginning of the year, we featured two lists about Star Wars themed games. We tried to focus on versions that you probably don’t see at your local retailer and mostly excluded mass-market titles. There were so many, we had to split it into two lists to cover all of the ones that had Star Wars themes.

There have been quite a few more games made over the years set in George Lucas‘ world. Even though we have multiple examples of Jenga games, we couldn’t pass on this Angry Birds / Star Wars Jenga Death Star copy! Not only did it feature both sides of the franchise, the rebels were teaming up with video game stars, the Angry Birds! 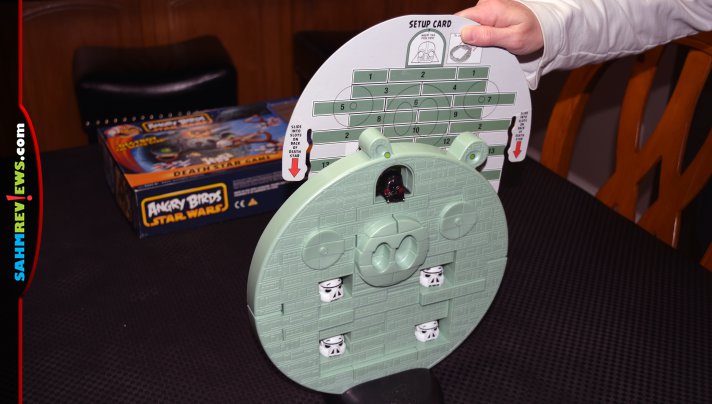 Jenga Death Star really isn’t much like Jenga at all. It’s a quick dexterity game that takes more time to set up than to play.  For each game you’ll need to assemble the Death Star by filling it with Jenga-like blocks, four stormtroopers and Darth Vader himself. Once filled, you’ll need to carefully stand it vertically in the center of the play area. 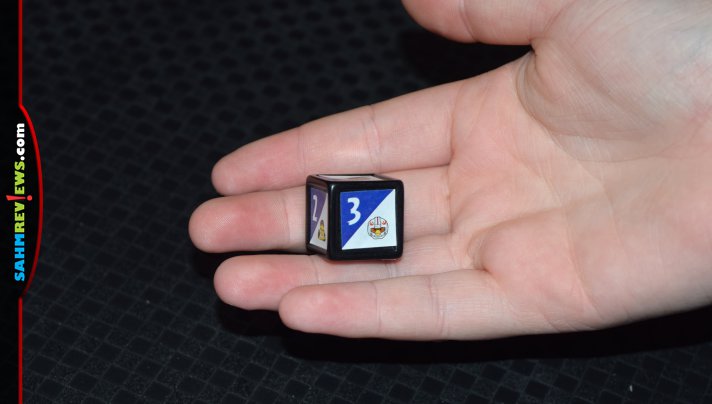 The game is designed for two players who will take turns rolling the included custom die. The result of the roll will dictate which of the three Angry Birds you will use – Han Solo, Luke Skywalker or Chewbacca. It also established the number of throws you will get on your turn. 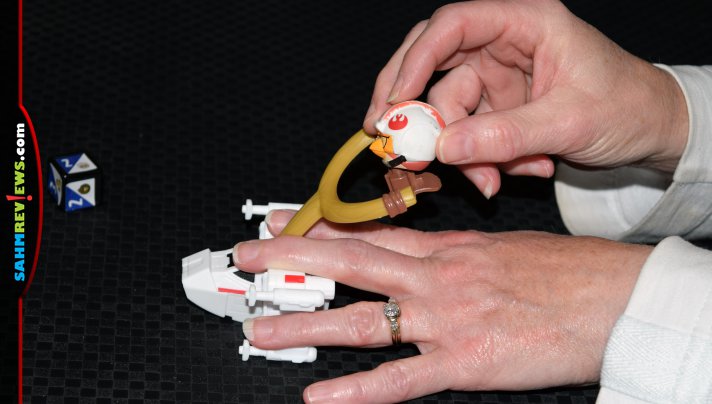 Using the X-Wing fighter slingshot, load the matching bird into it, pull back and fire it towards the Death Star. Any characters that fall from it are collected by the active player and will be worth points at the end of the game. You want to knock out as many blocks and characters as you can on your turn. 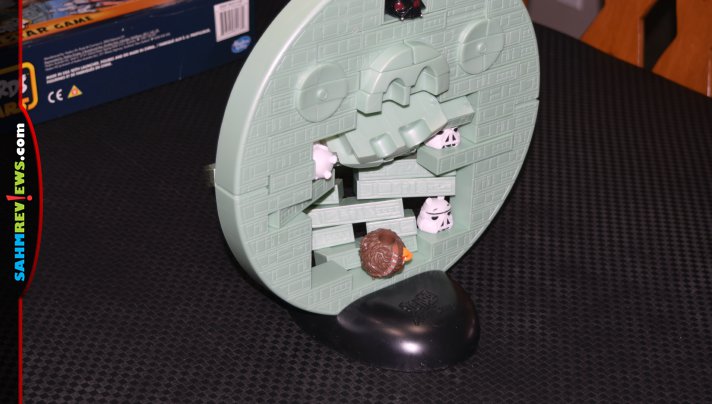 Players take turns rolling, firing and collecting until the Death Star is completely destroyed and collapses to the table. The game ends immediately and points are awarded for pieces collected. 1000 points are received for any stormtroopers, 3000 for capturing Darth Vader and 5,000 to the person who dealt the killing blow to the Death Star. 1000 extra points per shot are given to the active player if they didn’t use up all of their roll. The person with the most overall points is the winner of Jenga Death Star! 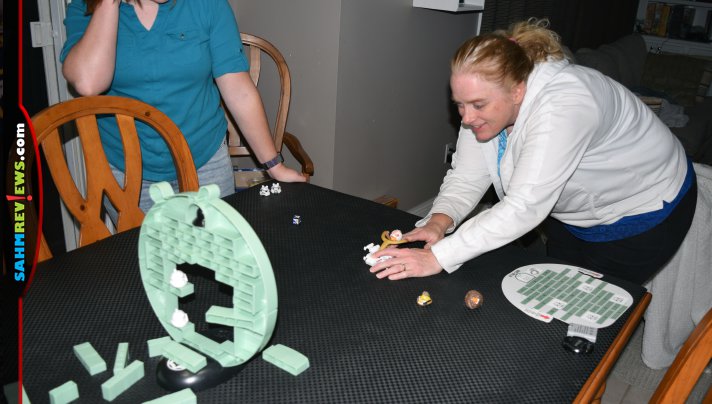 Not the most complex game in the world, but sometimes we just want to knock things down. As with most anything Star Wars related, once it goes out of print (as this one is), new copies are overpriced on Amazon. There are plenty of pre-owned examples on eBay, but since this was a mass-market item, we suggest keeping eyes open at thrift for an inexpensive copy. Because this is a shooting game, be sure to take inventory of all the pieces before you throw down your hard-earned cash!

What is your favorite Star Wars themed game?