If you thought I got my fill of roll and write games when I told you about Lanterns Dice, Kingdomino Duel, Rolled West and Fleet the Dice Game a couple months ago then you don’t know me well. If it has dice then I’m usually a sucker for it. Dice games generally are pretty quick to play and often don’t take up a lot of room. It makes them great for travel as well as a nice option when schedules are too hectic to try to squeeze in a session of something like Capstone Games’ Pipeline board game. 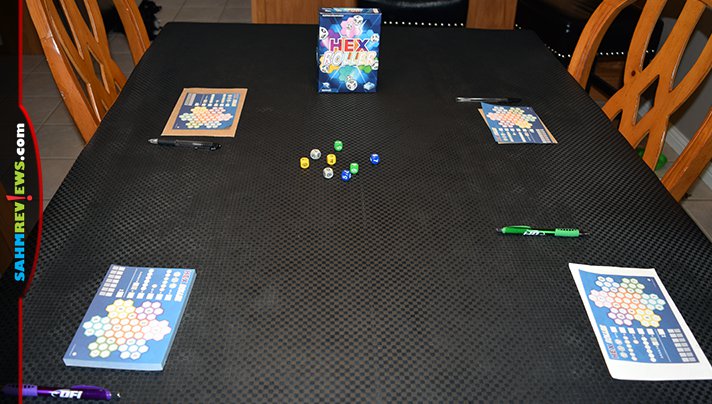 Quick, portable and fun are a few words to describe Hex Roller from Renegade Game Studios. Grab something to write with and a double-sided game sheet from the pad. Decide as a group which side of the paper to play. In the bottom right corner of the page it will indicate whether you’ll use seven or eight dice. Have one person roll the dice, group them by number and you have officially started the game!

The goal of the game is to score the most points after all rounds have been completed. Examine the dice that are on the table and select a number that was among the results of the dice roll. Write it down in as many hexes as the number that were rolled. All other players will be doing the same thing simultaneously with each player selecting whichever number they prefer. Players may duplicate what others have chosen. 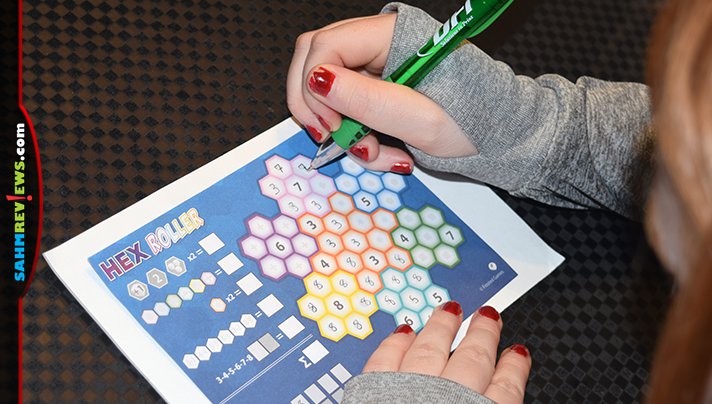 You’ll be working through your hex pattern by connecting spaces to each other. The first number you write down much touch another hex of the same number. The next one you write down must touch the one you just wrote. Follow this same process until you’ve claimed and written the ones equivalent to how many were rolled. Following the same rules, you’ll do the same with a second number from the dice results. To finish the round, record those two numbers in the leftmost box on the bottom left corner of the paper. These boxes are your hint as to how many more rounds remain. 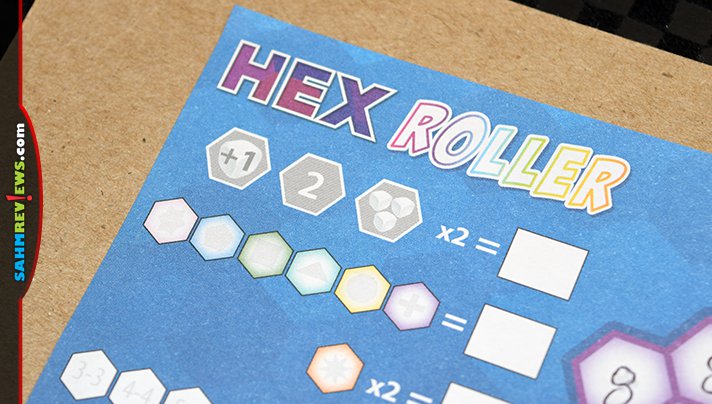 On the top left of your form, you’ll see a +1, 2 and an image of three dice. These are bonuses that you may opt to use throughout the game. You are limited to using one of these each round, but you’ll earn bonus points if you opt not to use them at all. A +1 allows you to write down your selected number in one more hex. The “2” bonus gives you the ability to fill a 2 in an empty box (IE to complete a section). The image of the three dice lets you select an additional number using the same rules as what you did for the first two choices. 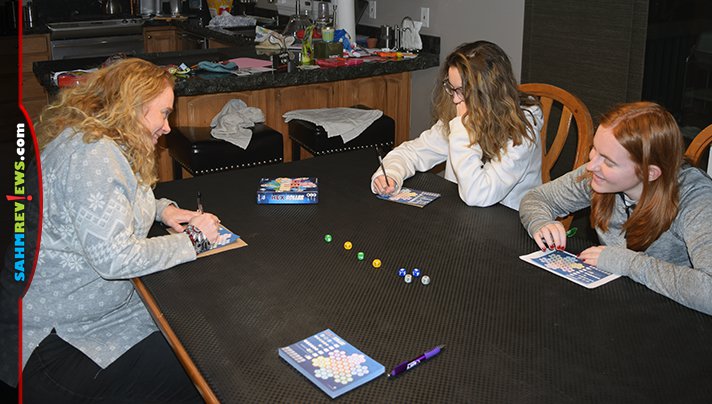 The game continues for six or seven rounds depending on the side of the form you selected.  Once you’ve completed all rounds, start scoring. There are five ways to earn points: Bonuses, Outer Areas, Middle Area, Connections and Straights. First, calculate points for unused bonuses. Next, evaluate how many outer sections are completed and note the most common number in each completed area. Your Outer Area total is the sum of these individual numbers. The middle area is evaluated the same as the outer areas and you’ll record the number.that dominated the area and multiply it by two. 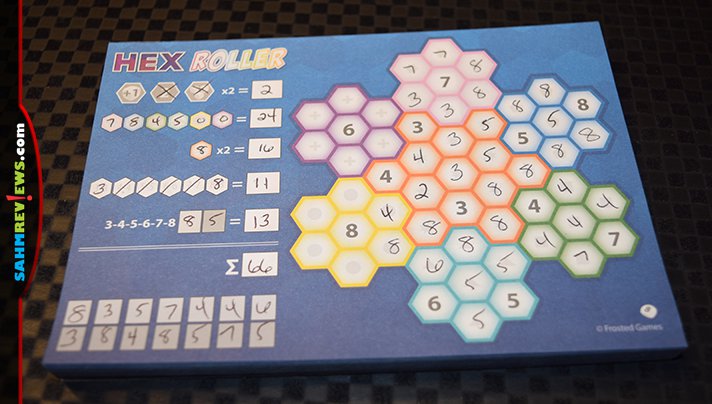 The fourth scoring parameter involves the connections you made when selecting dice. Examine the pre-printed numbers and determine how many pairs of equal numbers are connected. Record the score of each unbroken line connecting two equal values. Finally, use the two round tracker rows and write down the highest number you reach in a straight. Add the five scoring fields to come up with your final score. The person with the highest total wins!

Hex Roller isn’t very interactive, but that’s pretty common with games like this. It makes it a good game for casual conversation and family bonding while playing since it doesn’t take too much brain power and goes pretty quickly. Copies of Hex Roller on Amazon will set you back less than $15, making it extremely affordable as a gift that plays up to eight people! As an alternative, pick up a copy direct from Renegade Game Studios or ask your local game retailer about availability. If you’re curious about other games in their line, engage with Renegade Games on Facebook and Twitter.

What’s your favorite game that allows you to socialize while playing?