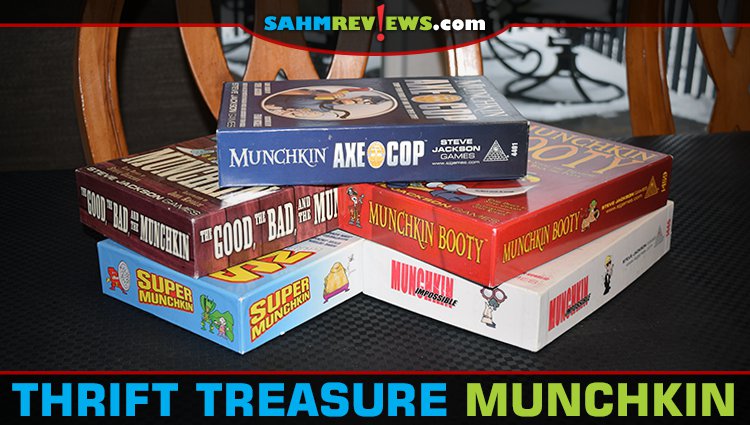 It isn’t often that we find what one might assume is an entire collection of games at thrift. A few years ago we happened to find two different copies of Qwirkle at the same time. It also happened once when we came across a couple versions of Blokus. This week was especially exciting as we found not two, not three, but FIVE different examples of the popular card game of Munchkin!

We can pretty much guarantee that they were donated to our Goodwill by the same person as one box had all five sets of instructions in it, while the others had none. We could tell by the date on the sticker they had been there a couple days at least, and the absence of obvious rules probably kept them from being snatched up. Priced at only $1.88 each, all five of them went home with us.

I won’t bore you with details of how to play since we’ve already covered the basics of game play in our Munchkin Oz overview. I do however want to brag a little and go over why we needed all five versions and what they bring to the table! Remember, almost all versions of Munchkin can be combined with the original game or played as standalone copies! 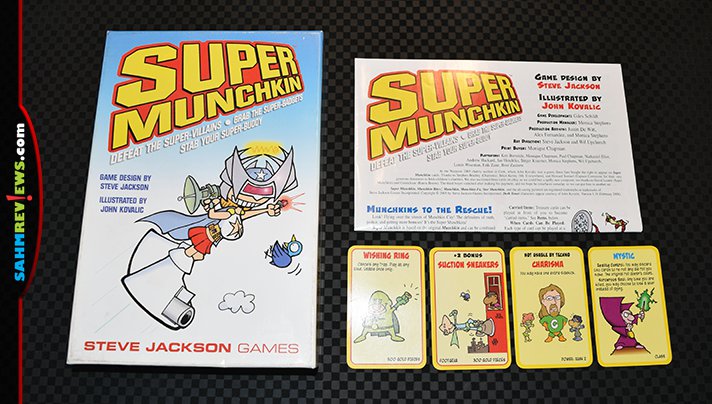 Be a Mutant, an Exotic, a Mystic, or a Techno. The higher your Level, the more Powers you can have. Battle dastardly masterminds, devastating monsters, and invading aliens from the next dimension – from the wimpy Triplicate Twit all the way up to Big Ol’ Planet Eater Guy himself – and TAKE THEIR STUFF! With the Aura Helmet, the Telezapinator, and the (jet-powered) Pogo Stick, no foe can stand before you. 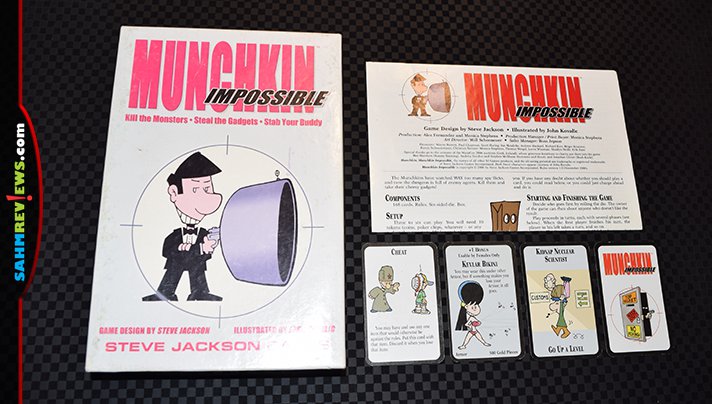 The Munchkins are now spies… eliminating the opposition, playing with self-destructing gadgets, and changing loyalties even faster than they change hats.

Be a Playboy, Tourist, or Assassin. Report to the Americans, Russians, British, or Chinese (it’ll change!). Wield gadgets from the subtle Cigarette Dart Gun to the amazingly unsubtle Bazooka with Incendiary Ammo. Eliminate foes, from the pathetic Defective Defector, through the Interro-Gator and the Not So Secret Police, up to the mighty Super Spy himself. And (all together now)… ‘Take Their Stuff!’

The Good, The Bad and the Munchkin 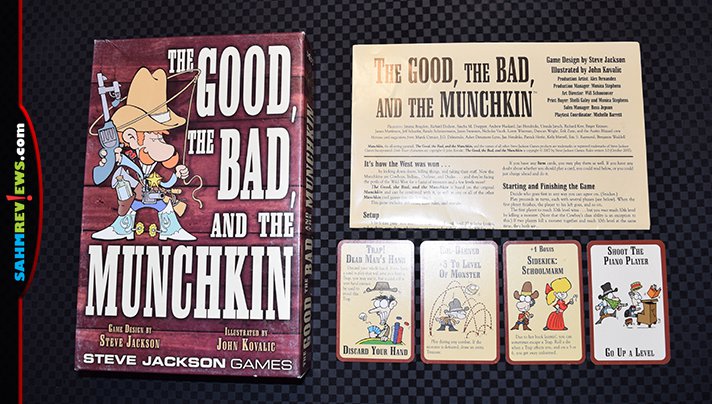 The Good, the Bad, and the Munchkin opens a whole new frontier – the Wild West! Forget dragons and goblins – Jackalopes and Davy Croc have just as much treasure. Those plains may seem wide open, but there’s lots of monsters to kill, and lots of stuff to take.

Become a Cowboy with a Twenty-Gallon Hat, or an Indian on a Catamount. Fight Wild Bill Hiccup, the Killer Jalapeno, and a Barber Shop Quartet. Take The Annual Bath for an extra level. Or just pal around with your sidekick the Greenhorn, until you sacrifice him to distract a monster. 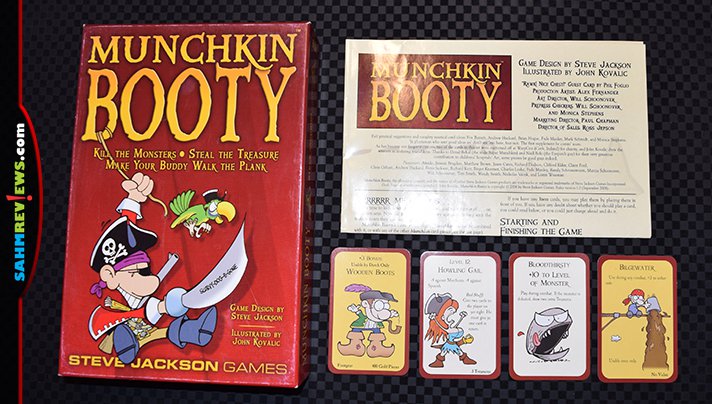 Munchkin Booty brings the greatest gold-grabbers in history – pirates! – to the world of Munchkin. Use your Silver Long Johns to beat the Lobster Mobster, drink your Demon Rum to fight off the Viking Kittens, and defend yourself with the Cutlass (or Cutlad, for the gents) against the Prince of Whales. But watch out for Sharks!

Plunder the seven seas as a Pirate, Naval Officer, or Merchant. Taunt your foes with your horrible Accent: British, Spanish, Dutch, or French. Equip your Half-Galleon with a Crow’s Nest and Figurehead. But above all…level up! 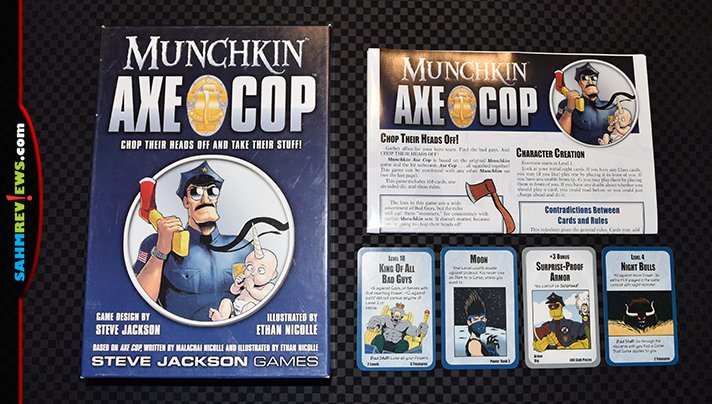 There are four classes: Cop, Man, Soldier, and Warrior (which is identical to the class of the same name in fantasy Munchkin). This set also has powers; there are seven of them with two cards each, for a total of 14 cards. The mechanics of powers are exactly the same as in the other Munchkin sets that have them.

Several Santa monsters are included, as well as two new monster categories, Alien and Robot, which currently aren’t recognized in any of the other Munchkin games. It’s not necessary to know anything about the Axe Cop webcomic in order to enjoy this set.

The original owner of these Munchkin games was obviously a fan for a while since their issue dates range from 2007 through 2011. All of them are still available new on Amazon if you haven’t completed your collection!

How many versions of Munchkin do you own?