Funny how things come full circle when we least expect it. Case in point: As a mom, I want to ensure I’m raising girls that will know how to be independent, strong and prepared for anything that tries to trip them up. I shared a post mid-last year that talked about ways to empower kids that included a variety of ideas to aid them on their journey to adulthood. Fast forward to this month and our recent trip to see Captain Marvel at the movie theater. As we walked out after the movie, I considered the importance of some underlying story lines and recalled the article I had written. This prompted me to re-read the article and I smiled as I saw the photo of Madison in her Captain America shirt. While I could claim how incredibly ironic it is that she was wearing something Marvel in the photo, truth be told… Marvel is simply that important and influential in our lives. We record Marvel series on the DVR to watch as a family, play Marvel-themed board games, attend comic conventions (including one where we saw Stan Lee in person) and naturally, we see each of the Marvel motion pictures on opening weekend.

Captain Marvel was no exception.

In case you missed the trailer we posted in our feature of movies to see in March, I’ve included it here so you can watch it.

Unless you are a Marvel fanatic, you may not have realized that Captain Marvel is the first Marvel feature film to portray a female superhero as the lead. As such, the movie released nationwide on International Women’s Day. Seemed pretty fitting. But Captain Marvel isn’t just a Marvel version of Wonder Woman nor is she simply a female version of Captain America. There’s more to her story and this movie spells it all out for us.

What to expect from Captain Marvel

Maybe you’re wondering what else you can expect from Captain Marvel (both the superhero and the movie). We’re here to give you some ideas without spoiling the movie for you. While the rest are in no particular order, first and foremost, I want to point out that there’s girl power. Carol Delvers (AKA Captain Marvel) portrays strength, confidence and a sense of humor.

There’s backstory. A LOT of backstory. If you’re already a fan of the Marvel Cinematic Universe, this fills in a lot of blanks. We see Agent Coulson before he became the bigwig that we came to know and love through Agents of S.H.I.E.L.D. and multiple movies.

Nick Fury without an eye patch

Nick Fury plays a key role in this film. A pre-eye patch Nick Fury to be exact. Full confession here… I spent the entire movie wondering if *this* would be the scene where he lost his eye. 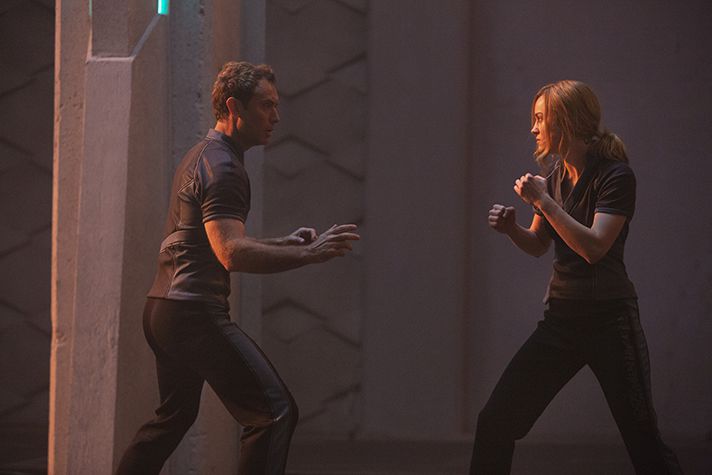 You can’t have a Marvel feature film without fight scenes. There are plenty that show how awesome Captain Marvel is. You’ll see hand-to-hand combat, superpower battles and even some Top Gun level flying. 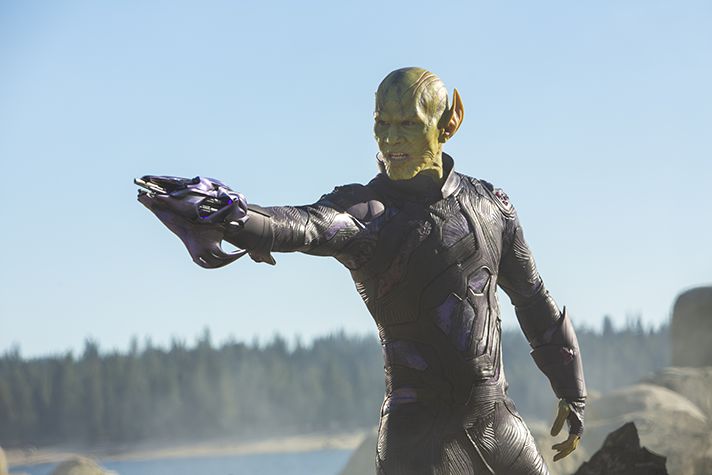 Kind of goes without saying that we would expect a Marvel movie to have a few different races of aliens waging war against one another. You’ll discover some unexpected alliances that lay groundwork for their presence in “future” movies that you’ve possibly (or probably) already seen.

A cat that steals scenes

This is the first time I’ve seen an animal (besides Rocket in Guardians of the Galaxy) steal the scene in a Marvel film. And it happened more than once. His name is Goose, another homage to Top Gun.

Captain Marvel takes place well before any of the current movies in the Marvel Cinematic Universe. I’m not referring to flashbacks like we see in Captain America: The First Avenger. The entire Captain Marvel movie takes place in the mid 90’s (with some 80’s scenes). The 90’s flashbacks refer to a trip down memory lane for those of us that lived it. Some examples include 90’s music, spotty internet, slow downloads, pinball machines, upright video games and two-way pagers.

Don’t go into this movie with the notion that Captain Marvel is an attempt by Marvel to diversify the Cinematic Universe. Marvel bills Captain Marvel as “the journey of Carol Danvers as she becomes one of the universe’s most powerful heroes” and that’s what it is. It’s a chronicle of her who she is, where she came from and how she became so powerful. What it’s going to do is make you walk out of the theater asking questions, saying “a-ha” and wanting to start watching all the Marvel movies again to see how it all pieces together. Most important, it’s going to make you (even more) anxious for Avengers: End Game to hit theaters in April.

What are your thoughts on Captain Marvel?