There’s one rule of thumb we violated when making this week’s Thrift Treasure purchase. Normally we’ll pass on any game that comes in the traditional long-box. Think Monopoly, Scrabble or any of the classic games we all grew up with. Not because we’re game elitists, but because we probably already own them AND their long size takes up too much room on a shelf. 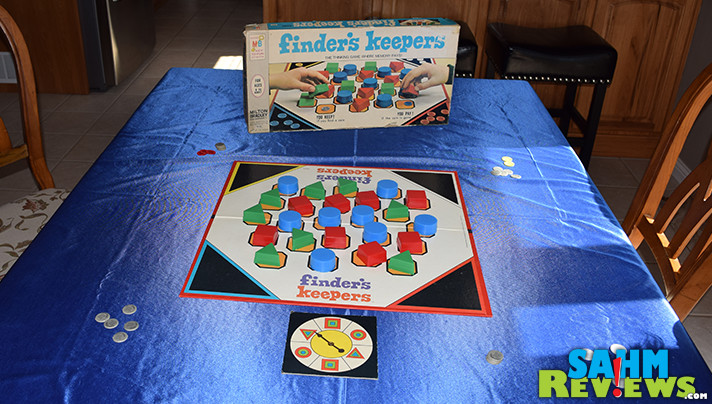 But this week we made an exception solely because we were attracted to the art on the front of the box. The photo promised the game was an abstract, one of our favorite game types. And technically it is. We didn’t realize it was also a memory game, something we’re getting worse and worse at as we age. If we had read the instructions ahead of time, it might have been left on the Goodwill shelf. 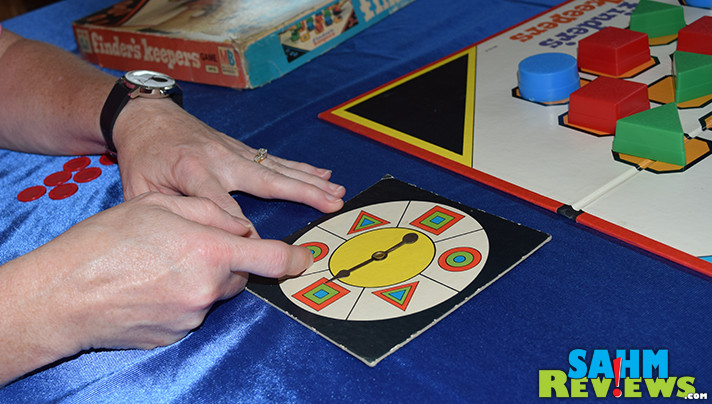 Finder’s Keepers was issued by Milton Bradley for one press run in 1969 and includes a board, 24 plastic cups of different shapes, 48 cardboard ‘coins’ and a spinner. Designed for up to four players, the board is randomly populated with cups turned upside down and having a random coin placed underneath. Each participant receives five ‘dimes’ and six tokens of their player color. The first player is chosen by the first to spin a triangle on the included spinner. 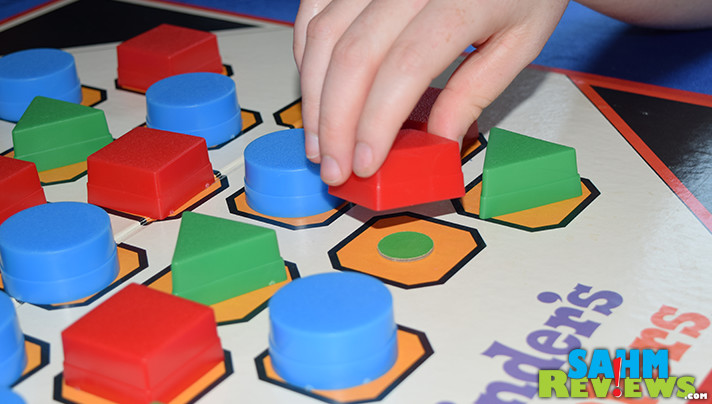 On your turn you will spin the spinner and select a cup on the board that matches the result you received. Pick up the cup and look underneath. If it is a coin, collect it and place one of your tokens back underneath the cup. It is then the next player’s (in clockwise order) turn. If you expose another player’s token under the cup you choose, then you owe that player one dime and return the cup to its position with their token still underneath. 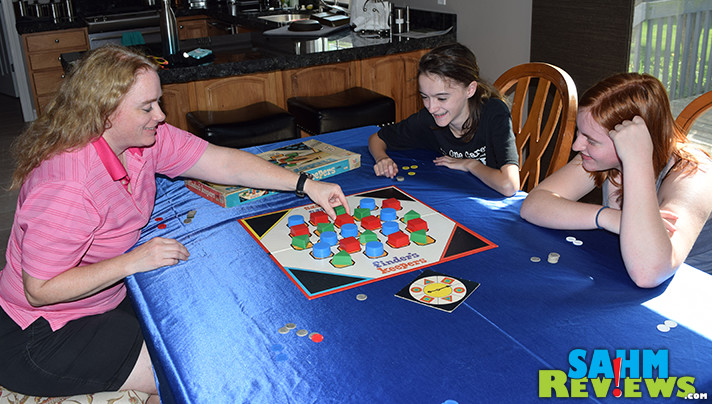 If you turn over a cup and your token is under it, then you owe ALL players a dime each as well as removing your token and replacing it with a new dime! Moral of the story – don’t forget where you put your tokens! Once any player successfully places their last token (total number of tokens vary by the number of players), the game ends immediately with that players turning over all the cups and collecting any unclaimed coins into their pile. The person with the highest total of coins (nickels, dimes & quarters) wins Finder’s Keepers! 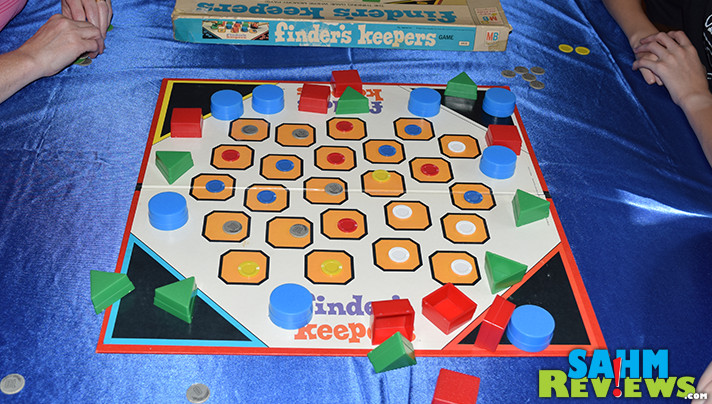 While Finder’s Keepers doesn’t offer anything new and exciting, we can certainly see it being used in a homeschool situation since you must keep track of (and add up) all your coins. Alternatively, you could also play it with real coins, encouraging your kids to earn their allowance!

There are plenty of copies available on eBay for under $10 (plus shipping), which is surprising to us since it only had one release. Of course, keep an eye out at your local thrift stores as you might find a copy for yourself for less than the coins included!