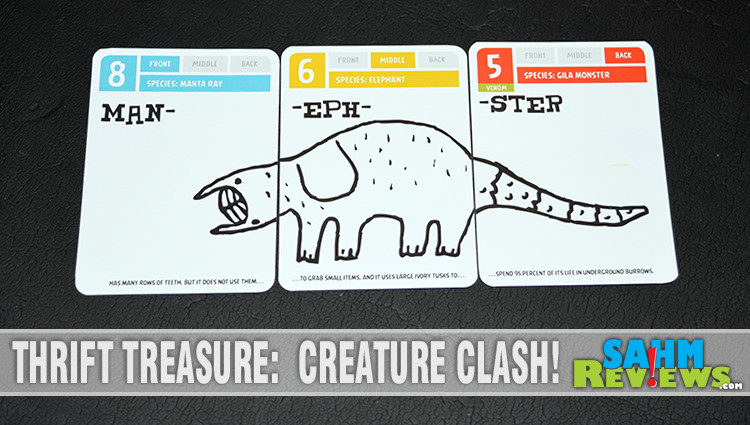 It’s always exciting to find a game at thrift that has only been out for a year or two. It’s even better when it is from a brand new company we’ve never featured before. Such is the case with this week’s Thrift Treasure find! Creature Clash! by Chronicle Books was just released recently and magically appeared on the shelves of our local Goodwill!

Creature Clash! isn’t a game that was hyped through the normal advertising channels, but was silently issued and distributed through bookstores and game retailers. A very interesting take on a game of War, it supports up to six players aged 6+ and each game lasts around 40 minutes. 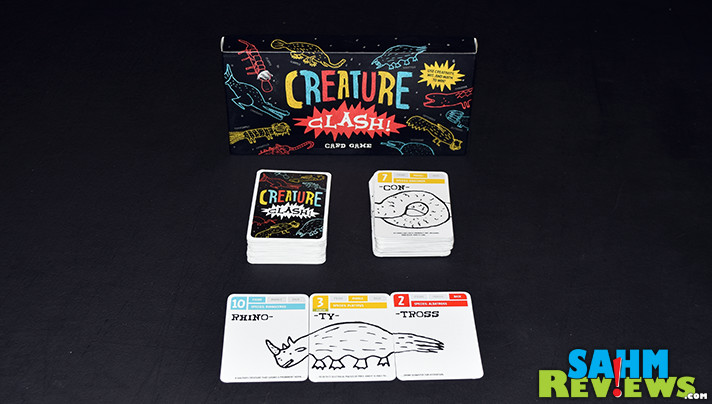 The premise of Creature Clash! is about battling creatures. Not just any creatures, ones custom-made by each player. At the beginning of the game every participant receives a hand of seven cards depicting a part of a creature or a special card (more on these in a minute). 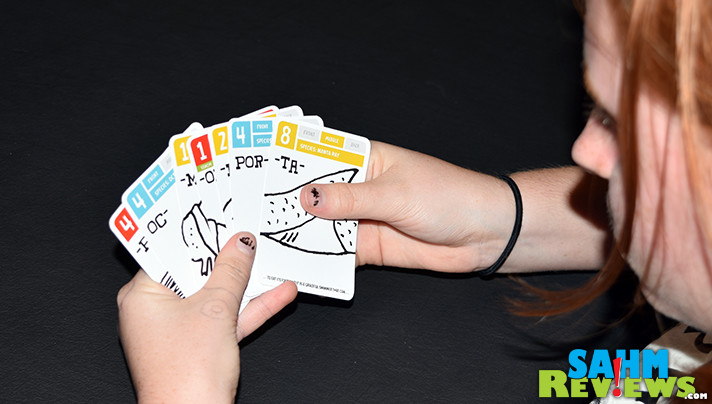 The creature parts are cutely drawn and the cards offers information about its placement in the body, combat strength, part of the animal’s name and flavor text about the species’ abilities. Obviously you’re trying to make your own by getting cards for the front, middle and back of the animal. You’ll then use him/her to battle the other player’s creations. 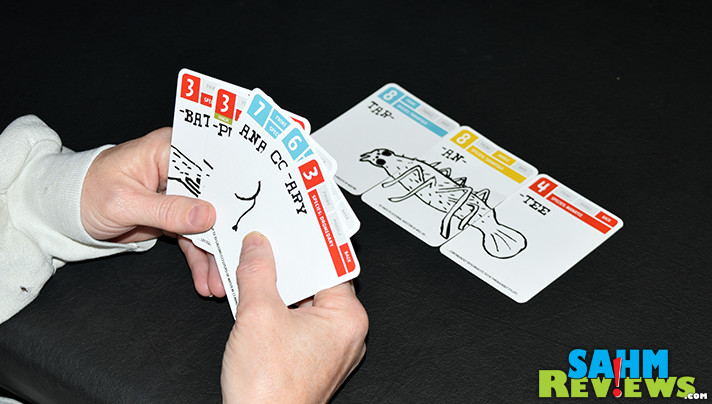 On your turn you draw one card from the deck and see if you can create a creature from your hand. If so, you may elect to play him on the table and attack another player of your choice. That player must then either forfeit (if they cannot make an animal of their own) or assemble their own creation and defend themselves. Battle are simple – the sum of the three cards’ strength is used to determine the power of the animal. The one with the highest total wins, and in the case of a tie, both die.

When defeating another creature, the winner gets to scavenge one of the three pieces of the defeated creature and put the card into their hand. The rest are discarded. If the original attacker was the winner, he continues by attacking the next player, and so on until he is either defeated or wins against all opponents. In this case, he becomes a “champion” and is retired by collecting his cards into your personal pile (trick-taking).

Some creature parts are labeled as “Venom”, and if you create a defending creature with all three cards containing this label, your creature is considered venomous. During battle, all strength values are ignored and both creatures are defeated. But in this case the defending creature’s owner is allowed to scavenge a card from the attacker!

Randomly seeded throughout the deck are special cards, each with their own actions. “Berserk!” cards are played immediately once drawn and all players who can make a creature from their hand must do so in a winner-take-all battle royale. The creature with the highest strength is declared a champion and retired from battle.

“Rabies” cards are played by any player right before a battle. This gives the attacking creature double the strength, almost assuring a win. But the attacker does not survive for more than the one battle, succumbing to the disease and dying right after the fight. 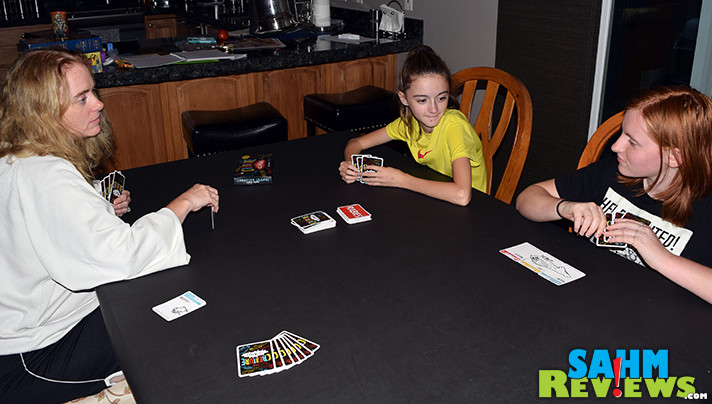 The ultimate goal in Creature Clash! is to collect champions, and depending upon the number of player, once a certain amount of champions are collected (ranges from 3 to 5), the game ends immediately. That person is declared the winner of Creature Clash!

We were surprise with how fun Creature Clash! was, considering we had never heard of the game nor the company behind it. The super-cute artwork and funny names (names are created by combining the parts –  you have to read it out loud!) makes it attractive to kids of all ages. Copies are regularly available at national bookstore chains, Chronicle Books’ website as well as on Amazon for under the $15 MSRP.

Had you ever heard of this game or its publisher before?