Logic puzzles have always had a soft spot in my heart. I remember having a number of them as a child, usually made out of wood and nigh impossible to reassemble once taken apart (at least for a young child). There was something about how all the pieces held the entire puzzle together just by the nature of the design that intrigued me. 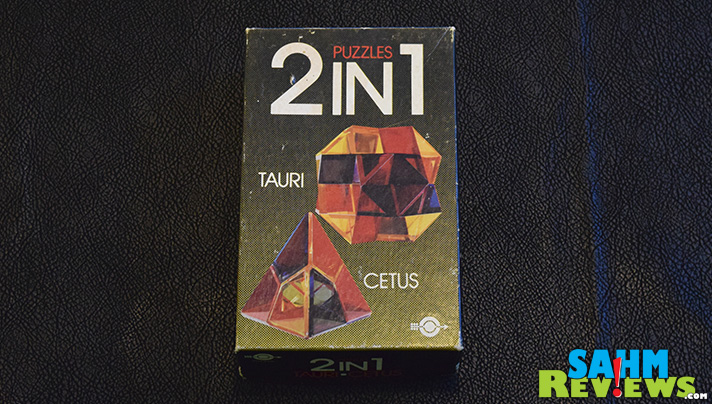 I happened across a set of two 3-D puzzles from the early 1980’s at our local thrift store. And while not a typical game or puzzle I usually feature in our Thrift Treasure series, it was close enough in theme to include. This particular set has two of the six designs originally made in the Geo-Logic Star-Art series by Skor-Mor Classic Games.

These very unique puzzles are each made up of six identical transparent plastic pieces that fit together to make an isometric design. Originally available separately, this title included two of their most popular designs, the Cetus and the Tauri.

Cetus is the simplest-looking of the six puzzles, but is not all that simple to assemble. The Greek mathematician-philosopher Plato found the the tetrahedron, simplest of the Platonic solids, to be one of the most interesting. This puzzle’s pieces, once assembled, has a hollow shape in the center (a rhombic dodecahedron) so you can hide an item inside as a gift or surprise. 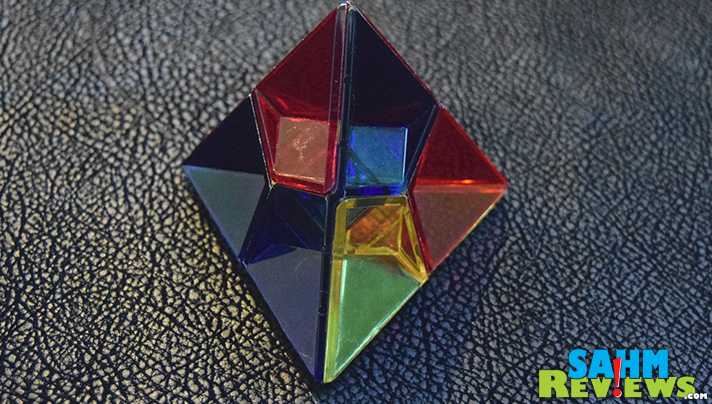 Tauri is named for the youngest class of stars, T-Tauri, whose erratic changes in brightness give the illusion of spinning. This second puzzle is quite a bit more challenging than Cetus and not only requires some extra-dimensional thinking, but finger dexterity more suited to an astronaut or physician. 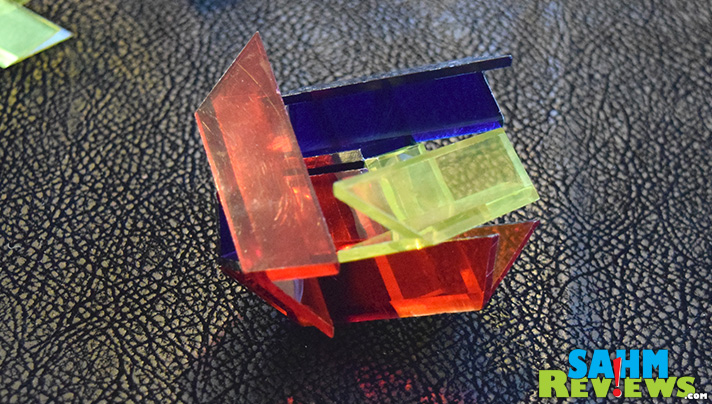 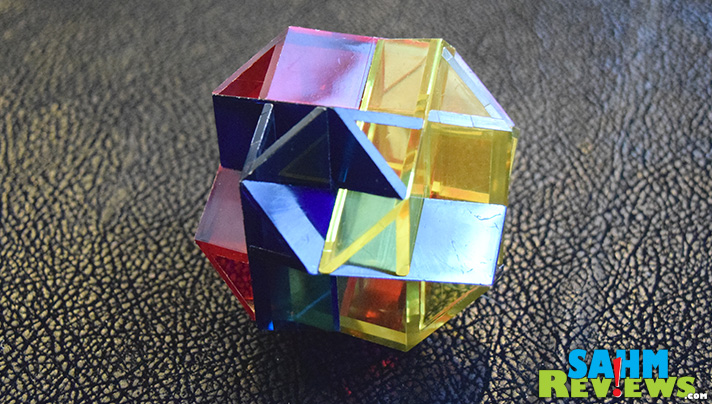 After successfully completing these two puzzles, I am now on the lookout for inexpensive copies of the rest in the series – Aries, Nova, Spirus and Uni. Amazingly, these puzzles can also be combined together to form much larger constructions as seen in the special-issue Galaxy and Galaxies Unlimited issues. These sets included multiple copies totaling 36 pieces that would be assembled into one large geometric design! 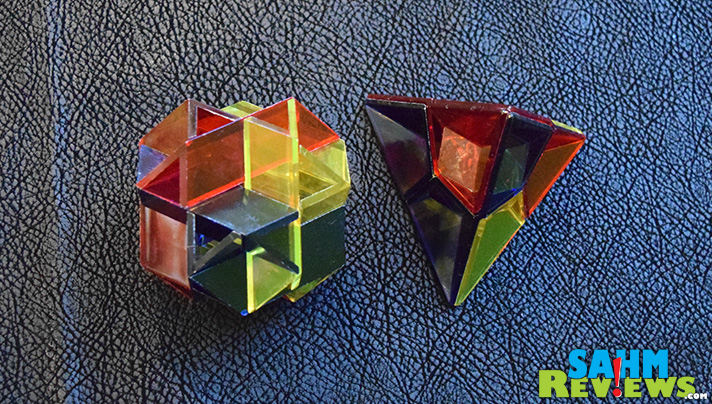 Sadly, these are not manufactured any longer and the only semi-reliable source appears to be auction listings on eBay. They appear to be quite hard to find, so if you see them for a buck or two at your local thrift store, be sure to grab it. I’ll even reimburse you for shipping!