If you haven’t already, make sure this Saturday (April 28th) is circled on your calendar. All around the nation (and the world), people are observing what is destined to become one of the most anticipated holidays ever invented – International Tabletop Day.

First celebrated in 2013 and founded by celebrity geeks Wil Wheaton and Felicia Day, fans of board games will gather at game stores, conventions and friends’ houses to socialize and compete in their favorite games. It is estimated that somewhere between 3,000 – 5,000 new games hit the market each calendar year, but there are a handful that rise to the tops of the popularity charts. We’ve weeded through them all and found the top ten that will be most-played during this years’ International Tabletop Day 2018!

Utilizing the current “Hotness” list from BoardGameGeek and factoring out the recently-shipped (and unshipped) Kickstarter campaigns, we took into account availability and price to make sure you can get one of these hot games to your weekend game day without breaking the bank. At the time of this writing, all ten of these choices were available via Amazon Prime and offered for less than the MSRP! A win-win! 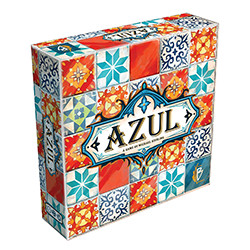 Azul captures the beautiful aesthetics of Moorish art in a contemporary board game. Players compete as artisans decorating the walls of the royal Palace of Dvora. By carefully drafting the correct Quantity and style of tiles, the most clever of artisans plan ahead to maximize the beauty of their work (not to mention their scores!) while ensuring they wasted no supplies in the process. 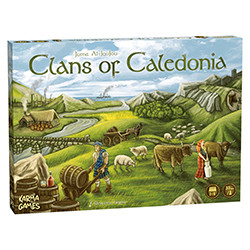 Clans of Caledonia is a mid-to-heavy economic game set in 19th-century Scotland. At this time, Scotland made the transition from an agricultural to an industrialized country that heavily relied on trade and export. In the following years, food production increased significantly to feed the population growth. Linen was increasingly substituted by the cheaper cotton and raising sheep was given high importance. More and more distilleries were founded and whisky became the premium alcoholic beverage in Europe. Players represent historic clans with unique abilities and compete to produce, trade and export agricultural goods and of course whisky! 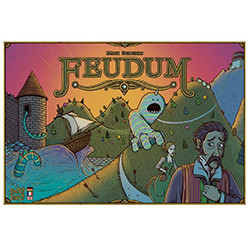 You and your blokes have been banished and stripped of everything but a few shillings and table scraps. Undaunted, you journey to a strange land to reinvent yourself and reclaim your honor! Will you farm the earth, fight as knights or finagle your own feudums? Hailed as “articulate and inventive,” Feudum is a deeply nuanced game in which you optimize your hand, leverage your resources and compete for guild status in a fantastical land! 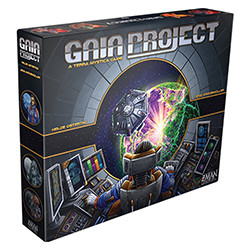 Explore the vast reaches of space and convert planets to meet your faction unique environmental needs as you seek to tighten your grasp on the galaxy. Fourteen unique factions stand ready to boldly take their first steps into the cosmos while building structures to generate resources, researching new technology, and uniting planets to form powerful federations. Chart your course and remake planets as you see fit in Gaia project. In the end, only the most advanced faction will win.

In Great Western Trail, you are rival cattlemen in 19th century America, herding cattle from Texas to Kansas city in a circular trail. Your cattle are then shipped by train, earning you money and victory points. Hire capable staff, such as cowboys to improve your herd, craftsmen to build your cattle posts, or engineers for the railroad line. Upon each arrival at the destination station, have your most valuable cattle in tow. The winner is the player who manages their herd best and exhibits good timing in mastering opportunities and pitfalls on the great western trail. 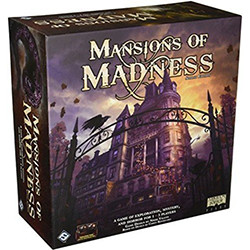 Fight for your life in Mansions of Madness Second Edition, the app-assisted horror game inspired by the works of H.P. Lovecraft. From the makers of Eldritch Horror, this fully cooperative game takes you and up to four other players on a harrowing adventure through the dark and desolate halls and alleyways of Arkham. Much like the original Mansions of Madness game, the second edition offers a number of thrilling and confounding scenarios, each with a unique and unpredictable map, intricate puzzles, and bloodthirsty monsters. 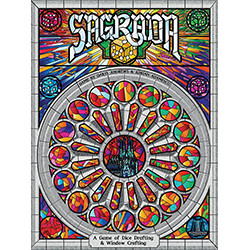 As a skilled artisan, you will use tools-of-the-trade and careful planning to construct a stained glass window masterpiece in the Sagrada Familia. Players will take turns drafting glass pieces, represented by dice; carefully choosing where to place each one in their window. Windows have unique color and shade requirements, and similar dice may never be adjacent so placing each die is more challenging than the last. 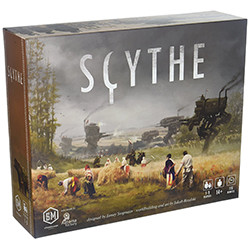 It is a time of unrest in 1920S Europa. The ashes from the first great war still darken the snow. The capitalistic city-state known simply as “the factory,” which fueled the war with heavily armored Mechs, has closed its doors, drawing the attention of several nearby countries. Scythe is a board game set in an alternate-history 1920S period. It is a time of farming and war, broken hearts and rusted gears, innovation and Valor. In scythe, each player represents a fallen leader attempting to restore their honor and lead their faction to power in Eastern Europa. Players conquer territory, enlist new recruits, reap resources, gain villagers, build structures, and activate monstrous Mech. 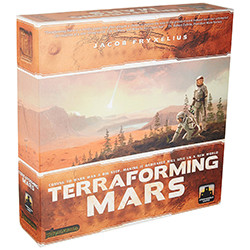 In the 2400s, mankind begins to terraform the planet Mars. Giant corporations, sponsored by the World Government on Earth, initiate huge projects to raise the temperature, the oxygen level, and the ocean coverage until the environment is habitable.

As terraforming progresses, more and more people will immigrate from Earth to live on the Red Planet. Experience ‘Science Future’ as you compete to be the most successful corporation on Mars. 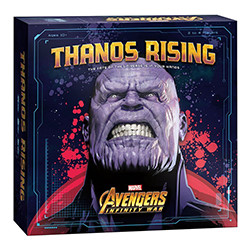 No matter which games make it to the table this weekend, we hope you enjoy your celebration of International Tabletop Day. First time you’re hearing about it? Check with your local game store to see if they’re hosting any events or know of anyone who wouldn’t mind some newer players joining in! Grab one or two of these games and you’re certain to be the V.I.P. of the day!

1 thought on “10 Hottest Board Games for Tabletop Day”