There are many reasons I buy games. There are a few reasons I don’t, but a lot of times I convince myself to go ahead with the purchase anyhow. This week’s thrift store purchase had nothing to do with value or outstanding game play. It was bought for one reason – nostalgia. 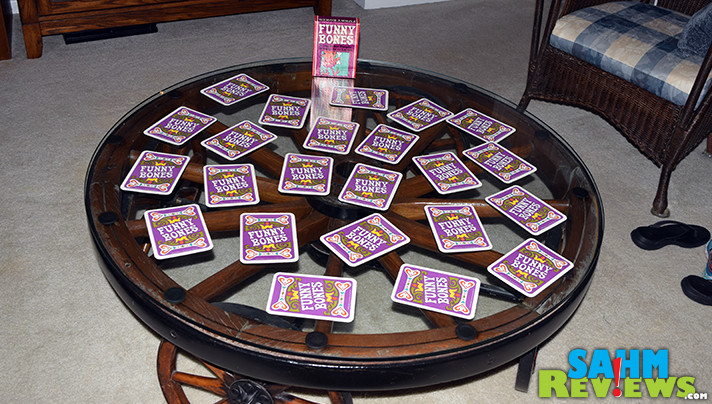 Parker Brothers’ Funny Bones was coincidentally issued in the same year I was born, 1968. I vividly remember having a copy of this when we were young, the over-sized and colorfully designed cards being burnt into my mind. I really didn’t remember much about the game play itself, but since this copy looks like it hadn’t ever been played in the past 40+ years, the $1.88 price was a slam dunk. 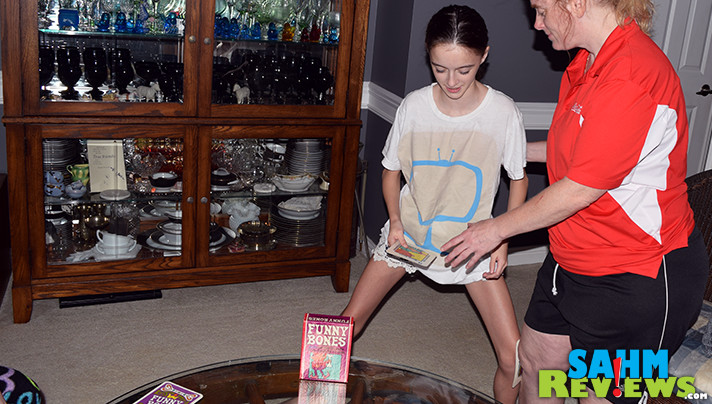 The premise of the game is similar to other popular issues of the time like Twister. Funny Bones includes twenty-three thick postcard-sized cards that are laid on the floor face-down between teams of two players. Teams act simultaneously, picking up a card at random and following the instructions printed on their card.

For example, if the card reads “Back Bone Connected to the Hand Bone”, the person picking up the card would place the card on their partner’s back and hold it there with their hand until the end of the next round. Some cards have matching body parts, like the “Head Bone Connected to the Head Bone”, which obviously challenges the team to hold the card between their heads! 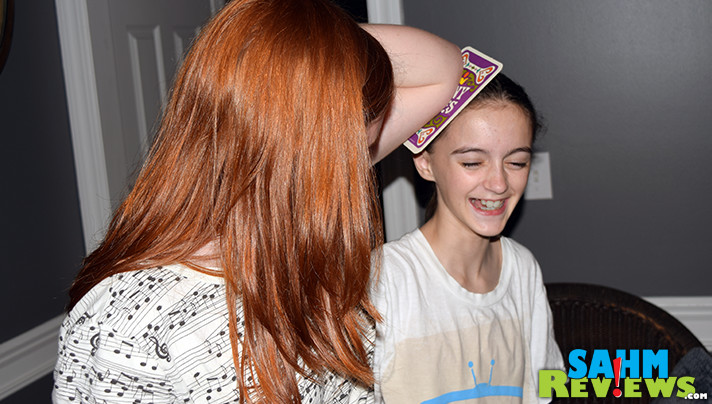 The game proceeds with additional cards being resolved at the same time until one team has dropped two cards. At that time the round is over and each team records the point values on all of the cards they successfully held onto. A total of three rounds are played, and the pair with the highest total wins Funny Bones. 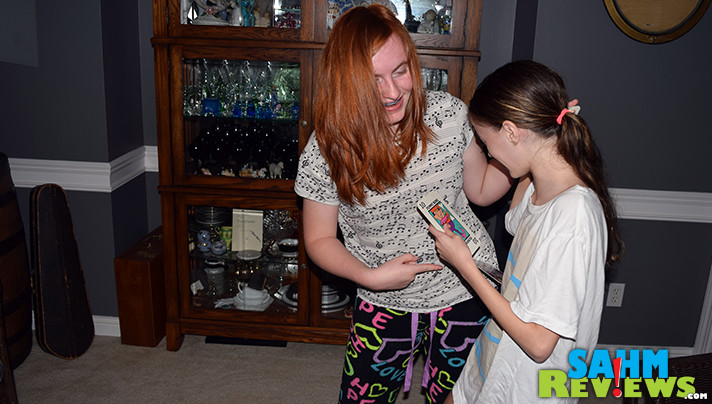 To mix things up, during any round each team has the option of passing one of the cards they select to any other team, who must also follow the instructions in addition to the one they chose. There are also “Funny Bones” cards that act as wilds – they are simply an extra card that may be places in easy positions (eg. Hand Bone to Hand Bone).

Even after this refresher, I only remember playing Funny Bones a few times, but owning it for quite a long period. The artwork on the cards is typical of the era and is probably the reason it made such a mark on my psyche. You can find copies on both Amazon and eBay if you must get one for yourself. Otherwise keep an eye on your local thrift stores since a copy should eventually show up!