It may look like it, but this isn’t a new type of Lego or K’Nex building set. It’s a popular board game by Ravensburger that I’m sure you haven’t played yet. At first it looked like it was going to somehow be related to the popular video game, Tetris, but once we dove in we realized the only similar features were the shapes of the building platforms. 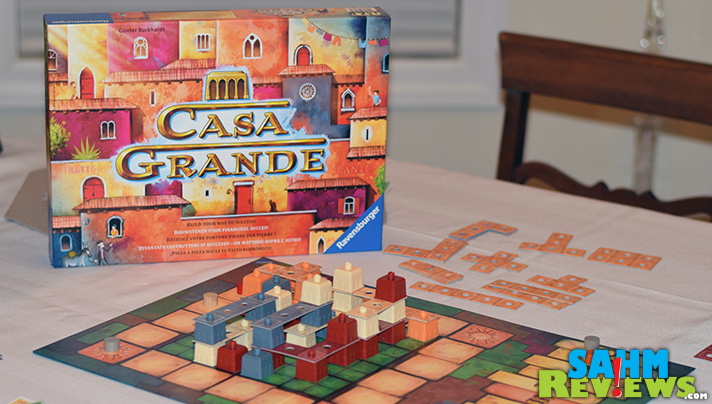 Casa Grande is a building game at heart with a couple unique mechanics that aren’t in any games we currently own. Each player assumes the role of a builder working to build larger (and higher) floors on an interconnected buiding or buildings. As in real life your ultimate goal is to be the person with the most money at the end of the game, and this is accomplished in a couple ways. 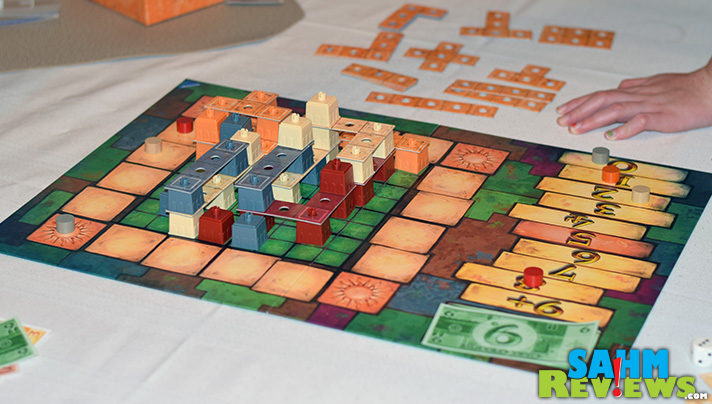 The first method is the most obvious – build floors. But in order to do so you must have placed your foundations in the correct spots to support your platform (distinguished by squares on the cardboard punchouts). And before you can build a platform you must have the correct roll of the die. Everyone moves around the ‘block’ clockwise, moving a number of places equal to your die roll. Where you land dictates where you are allowed to build your next foundation – anywhere along the row or column extending from your piece. You actually have quite a number of choices each turn, 16 in total. Place your plastic foundation piece in the desired location and the next person takes their turn. 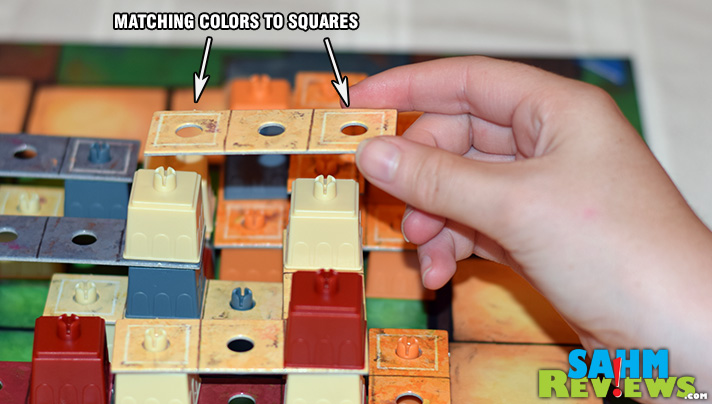 At any time if you have the correct foundations in place to support a platform, you may place it and be paid for your work. Place a 3-area platform on the 1st floor and receive $3. But place the same 3-area piece three levels up and you receive $9! So not only are you trying to build larger area floors, the higher you are able to build them the more you are paid. 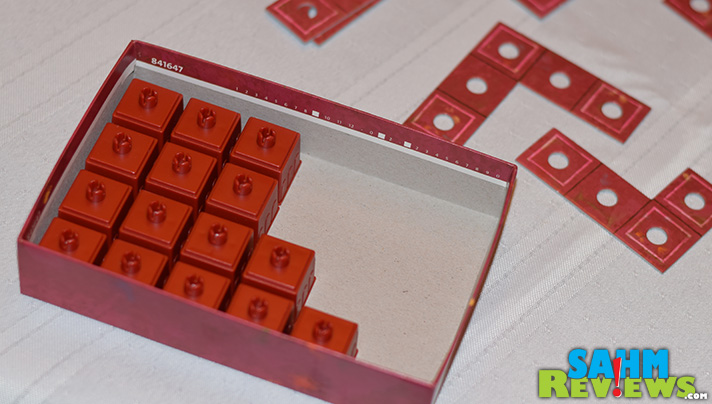 But there are limitations. Your platform can only be supported by YOUR foundations. Here is where the strategy comes into play as your opponents will certainly build where you are planning to. Only you can build on top of one of your foundations, but anyone can build on your platforms. So if your opponent gets their first floor up and going quickly, you can profit by working on the second level and reaping greater rewards for the same amount of effort! 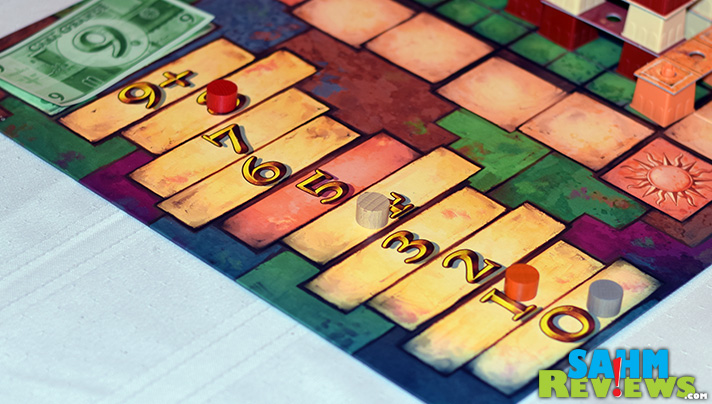 The other area of scoring happens on a side track. Every time someone builds on top of one of your platforms, you receive credits that move you up this track. If they build on your 1-level building, you receive one credit. 2nd level? Two credits – and so on. Once your pawn reaches the top of the track the credits convert into real cash ($9) and you begin at the bottom.

But this track is also used for something else. When you are moving around the block, you can spend one credit (or more) to move your pawn the same number of squares forward. This makes it much easier to get to where you want to build if you happen to roll unlucky numbers. But if your track is at zero, your hands are tied and you must accept the roll results.

Landing on a corner also has a small bonus if you don’t decide to move off of it by spending credits. Stay there for a turn and receive three credits added to your track! 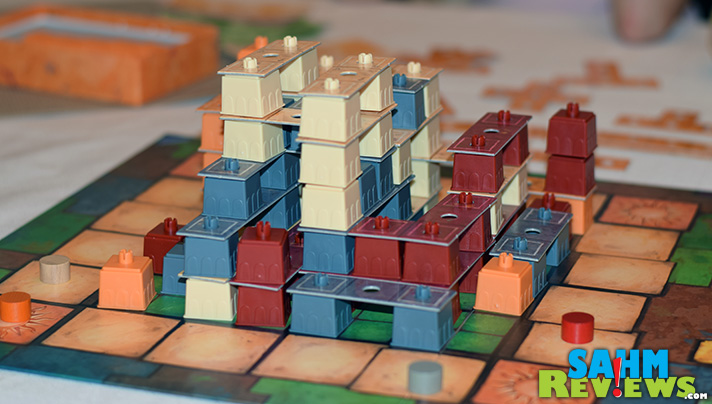 The game ends when one player has played their last foundation on the board. Play does continue until everyone has had an equal number of turns, then the cash is counted. The player with the most wins, and in the case of a tie the highest on the side track is victorious!

Casa Grande may appear to be a simple game, but there can be a great deal of strategy behind your foundation placement (and subsequent blocking of other builders). The game supports 2-4 players, but we found it most fun with a full compliment of four. It was just a bit more chaotic with that many people, and for us that chaos is entertaining. Towards the end we saw unofficial teams develop to try and prevent the leader from pulling any further ahead!

Casa Grande would be a great selection for families that have children who have tired of playing with plastic bricks and want to put their skills to competitive use. You’ll find copies on Amazon or direct from Ravensburger for just a bit over $20 – a fantastic price point for birthday and Christmas gifts!

20 thoughts on “A Visit to the Big House (Casa Grande)”