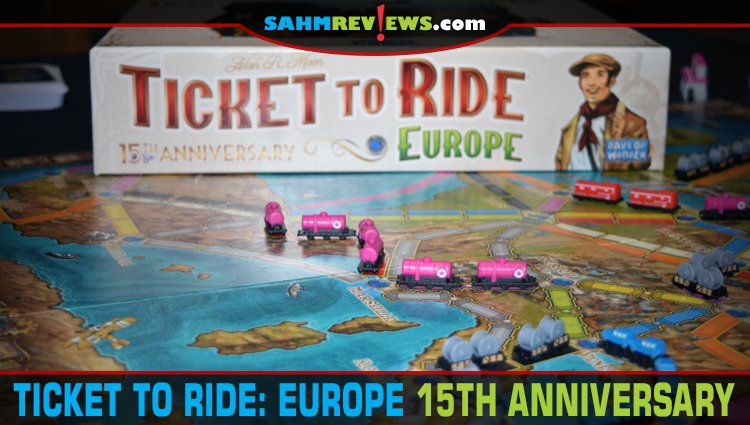 It has been kind of cool to see the resurgence of interest in board games. The increase in shelf space for games at Target, Walmart and Barnes and Noble are a clear indication that people are finding time to gather around the table for this classic form of entertainment. While many people are just now learning about games such as Catan and Ticket to Ride, they’ve actually been around for years with Catan celebrating 25 years and Ticket to Ride over 15. Yet people are just now learning about these types of games and that’s okay. I mean, we’ve been playing board games for along time and still love discovering old games at the thrift store!

One of the things I feel helps encourage people to play is to have games readily accessible. I grew up with a really cool pewter chess set on display in the living room. We didn’t play it all the time, but it was a constant reminder that we could. I’m a firm believer of using games as functional decor when possible. Games like Gekitai and Quarto are pretty enough to leave out on a coffee table. We recently received a copy of Ticket to Ride Europe 15th Anniversary Edition from Days of Wonder. With clean, contained components, it’s the kind of game that could be left on a game table as decoration when not in use. In addition to the base game, it also includes the Europa 1912 expansion and variants to give the best possible experience!

Ticket to Ride: Europe is generally the same as the original game. Aside from the obvious map difference, this version of the train game incorporates the use of stations. If you’ve ever found yourself frustrated that your much-needed route has been commandeered by an opponent (whether they needed it or not), then you will appreciate this implementation. Set up the game in the same fashion as Ticket to Ride by placing the board in the center of the table, separately shuffling the decks of train and bonus cards and giving each player a set of trains in their designated color. Sorting the player components is easy with the 15th Anniversary Edition as each player has their own fancy tin filled with their pieces. Set the European Express Bonus card alongside the board as a reminder that it will be awarded at the end of the game. Give each player one long destination ticket and three regular destination tickets. Return remaining long tickets to the box while creating a draw deck with the remaining standard tickets.

The object of the game is to score the most points through train placement, route completion, efficiency and bonuses. You’ll move your scoring marker on the board each time you place trains, but you’ll keep your destination cards secret and not reveal those until the end of the game. The bonus card will be awarded to the player who has the longest continuous route. Finally, you’ll earn points for each train station that you still have in your supply.

On your turn, you’ll do one of the following: Draw train car cards, claim a route, draw destination tickets or build a station. Play will continue clockwise until one player has two or fewer trains in their supply at the end of their turn. At that time, each player will get one additional turn before final calculations are done.

When drawing cards, you may take up to two cards from the top of the stack or from the field. These cards correspond to the colors on the routes on the board. You’ll want to draw cards that can be used to complete the destination tickets. Locomotive cards are wild and count as any color, but if you choose to take one of those from the face-up field, then you’re only allowed to take one card.

When you’ve acquired enough cards, you may claim a route as one of your turn options. Grey spaces may be filled with any color, but ferries require a locomotive card. Tunnels, which have a special outline, provide a bit of a wild card to the game. When you try to complete a tunnel route, you’ll discard the required cards. Then the three cards from the top of the draw pile are revealed. Each card matching what was used for the route requires an additional matching card from your hand. If you are not able to or choose not to spend the extra cards then you can forfeit your turn and keep the cards you attempted to use for the route.

As an alternate to drawing or claiming routes, you can opt to draw additional destination cards. You’ll draw three new cards from the deck but must keep at least one. Any routes that you fail to complete will count as negative points during the end of game scoring.

Finally, let’s talk about the train stations. These are what I feel are the most interesting part of the game. Sometimes luck or timing aren’t on your side and you aren’t able to get a route that you really need to complete your destination tickets. In the original game, that meant you needed to establish other routes which was often impossible due to routes being taken or lack of trains to do it. If you fail to claim a line but need to connect to a city then you may discard one card from your hand and place one of your stations on an unoccupied city. This allows you to utilize one route into or out of the city that is owned by another player. In order to build your second and third stations, you’ll need to discard two and three cards respectively. Any stations you still have in your reserve at the end of the game will earn you four points.

The winner is the player who has earned the most points after adding/subtracting for destination tickets, stations and the longest route. Stations may be a little confusing to younger players who are unfamiliar with the base game. However, anyone knows the annoyance of someone stealing their route will grasp the idea of stations very quickly. Ticket to Ride: Europe is available at retailers such as Target, your local game store or on Amazon. If you’re able to find the 15th Anniversary Edition then it’s worth the investment to have a richer, higher quality product. Tune into the Days of Wonder Facebook and Twitter channels to learn about new releases as well as special editions like this one.

If you’ve played Ticket to Ride, which version is your favorite?