I know I’ve said it before, but I’ll mention it again. I have a soft spot for any product made by TSR. While best known as the company behind Dungeons & Dragons, from time to time they would venture into other parts of the game world by issuing products they hoped would have more mass market appeal. Dragon Dice and Kage are two good examples. This week we happened across a third which crossed into the party game market – I Think You Think I Think. 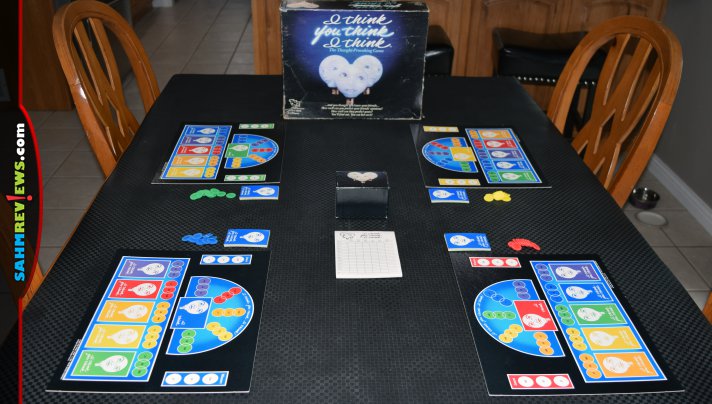 I Think You Think I Think is a party game for up to six players who will be trying to guess which answer you give to a question. Each person begins the game with their own player board, ten betting chips, 600 points and a set of color-coded number cards. Players should sit around the table in the color order shown on the board to keep turn order clear. The box of carded questions is set in the middle of the play area.

The first player will draw a card from the box and read the question and possible answers aloud. Everyone then answers the question by choosing one of the numbered cards in their color and setting it face-down on the “I Think” box on their own board. 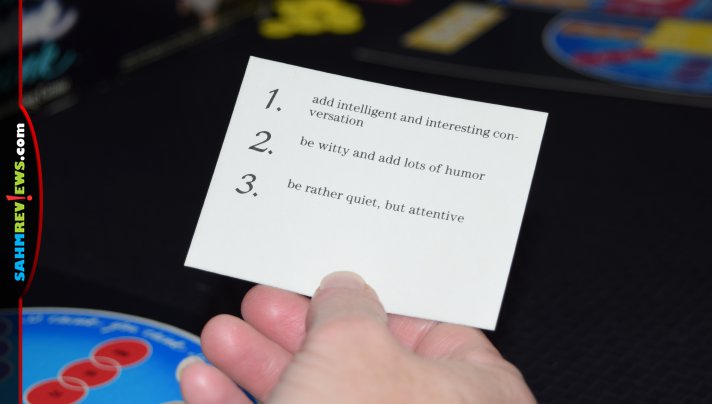 After all have submitted their answer, players will try to predict what each other opponent answered by taking one of the four cards of that player’s color and putting it in the “I Think You Think” box, also on their own board. Now that all cards are placed, wagering begins. 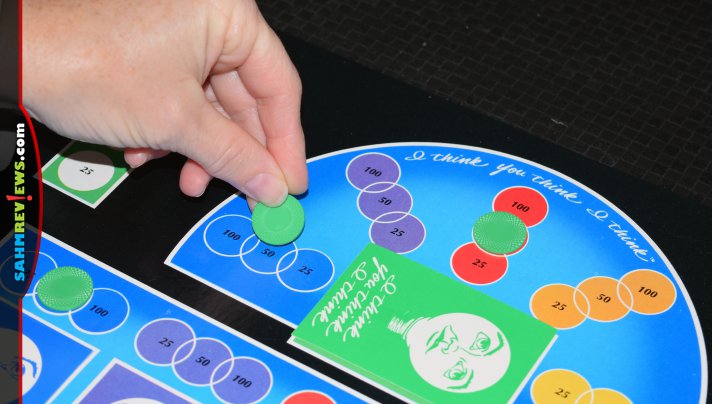 Using your betting tokens during Level One, you will place bets on all, some or none of your I Think You Think answers (the cards you think match the other players’ answers). If you don’t bet on a card and end up matching, you will not receive any rewards. Otherwise, you may be 25, 50 or 100 points on each card (only one bet of 100 is allowed) and will win that amount if correct. Of course, you will also lose that amount if incorrect. 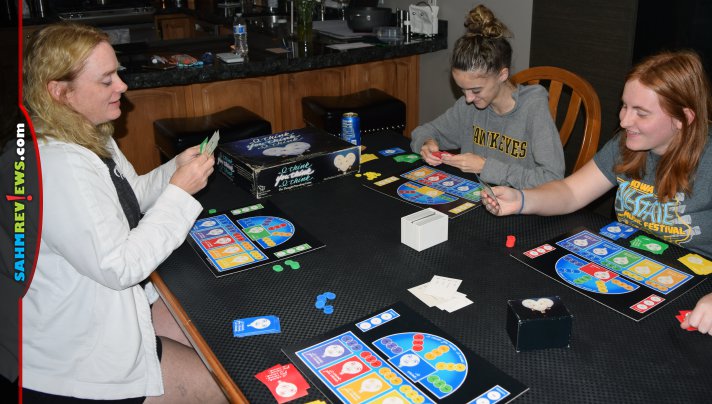 Once all bets are placed, Level Two betting commences using the I Think You Think I Think spaces. The same betting limitations are in place and you can never bet more points in total than you already have. This time you’re wagering on the correctness of your opponents’ bets on you! If you ever run out of points, during the next round you may make one 50pt bet for free to keep you in the game. Everyone reveals their answer in turn order and wagers are paid off or deducted from their running totals. The first person to reach 2,000 points at the end of a round is the winner of I Think You Think I Think! 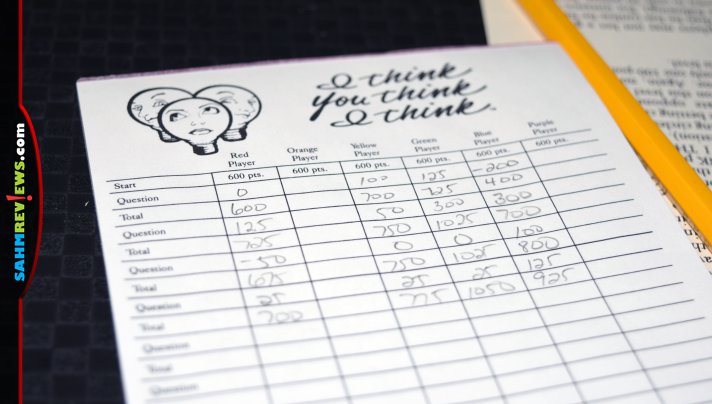 We’re very intrigued about why I Think You Think I Think didn’t become more popular. In today’s market, psychological games where you try to predict what the other players are thinking are all the rage (Codenames, Hues and Cues, Wavelength). Maybe it was just way ahead of its time. With a couple minor rule changes, we have to wonder how it would do if re-released… In the meantime, you can find I Think You Think I Think on eBay for reasonable prices. I wouldn’t hesitate to pick it up at thrift if you run across a complete copy. It’s certainly worth a couple bucks! I Think…

What other TSR games are you aware of?