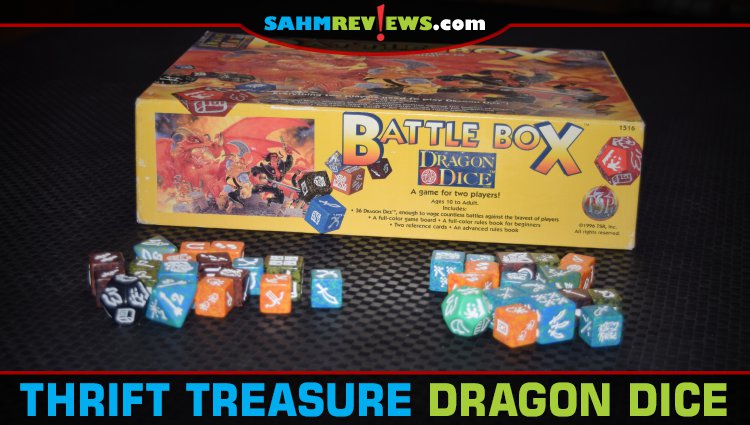 This week’s Thrift Treasure find isn’t a result of hanging out at our local Goodwill. Like many, I peruse the Facebook Marketplace from time to time to see what others are getting rid of. Back in January, well before the COVID quarantine, a person listed a couple games that her son left in the closet after he moved out. She had gotten permission to sell them and was asking $5 a piece for them.

If I recall correctly, she had three games listed in her ad. Two of them were regular mass-market (I think Scrabble was one of them). But the third caught my eye. An original Battle Box of Dragon Dice by the makers of Dungeons & Dragons, TSR! I immediately sent her a message on Facebook and within an hour I was on my way across town to pick it up. 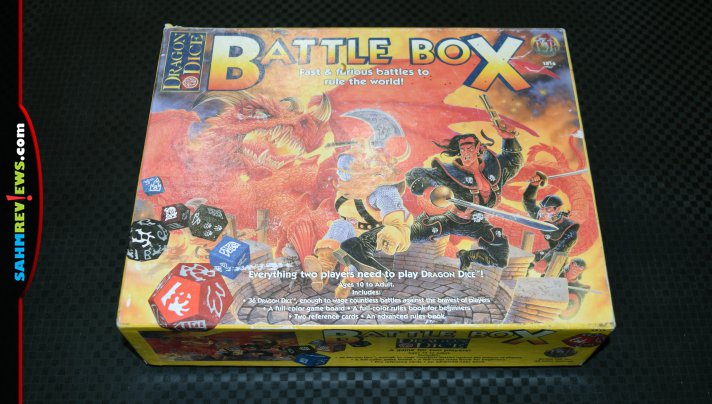 I’ve never owned Dragon Dice before, but knew a little about it. It was popular for about a year in the 90’s and then fell out of favor pretty quickly. Recently a new company had picked up the license and announced they would be reissuing the game. I don’t know if the old game is compatible, but for $5 it was worth the risk. After I got it home and opened it up, I realized I really got a great deal. 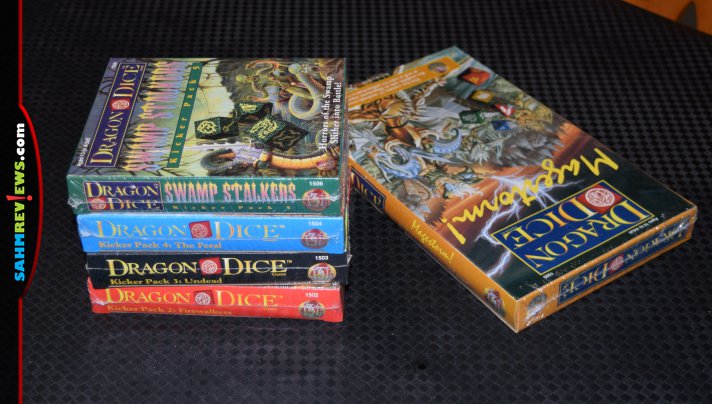 Not only was everything inside the box that was supposed to be, there were five SEALED expansions to the game which had never been opened! eBay prices are all over the place on these, but it’s safe to say they bring $20/each on a regular basis. Not that I’m looking to sell, it’s just good to know what a bargain it was. The regular game looked to have only been played once or twice as all the components were in like-new condition! 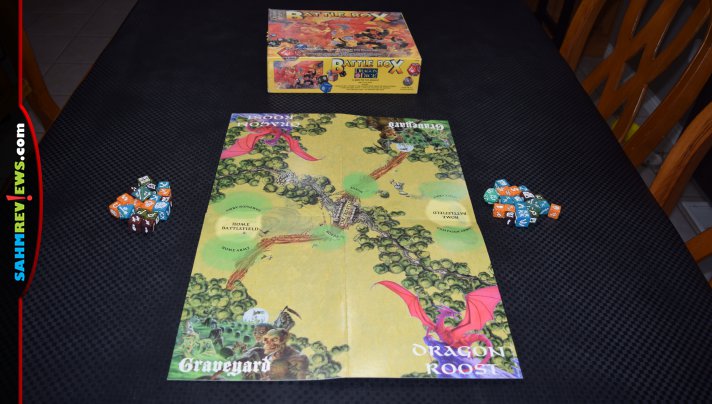 Dragon Dice is a game for 2-4 players where each person will field an army to battle against the others. The Battle Box contains everything needed for two players. A full set of dice for each army, a battle board, reference cards, a rule booklet and a set of advanced rules for more serious play. 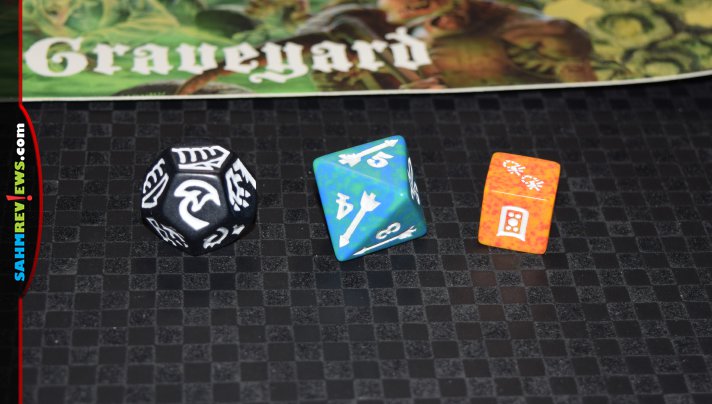 What makes Dragon Dice so unique is that the dice represent different things depending upon their color and/or number of sides. For instance, 6-sided dice are your soldiers. 8-sided dice represent the terrain and 12-sided dice are dragons that can attack either side! As I mentioned, the color is important too and represents the race (elves, dwarves, goblins, etc.).

The faces of the dice also may be different from one another, making them more or less powerful. Dragon Dice was considered a collectible game, much like Magic the Gathering, where you’d try to purchase more powerful dice to make your army stronger.

Going through the entire ruleset for Dragon Dice would be a futile effort, since the rules have been updated a number of times over the years. We recommend watching one of the many Youtube videos on how to play the most current ruleset. If you’re interested in learning more about the modern-day version of Dragon Dice, head over to the official website to learn how you can pre-order the newest issue! Still need to finish out your collection of original Dragon Dice? There are plenty on eBay for very reasonable prices!

Do you remember the company TSR?