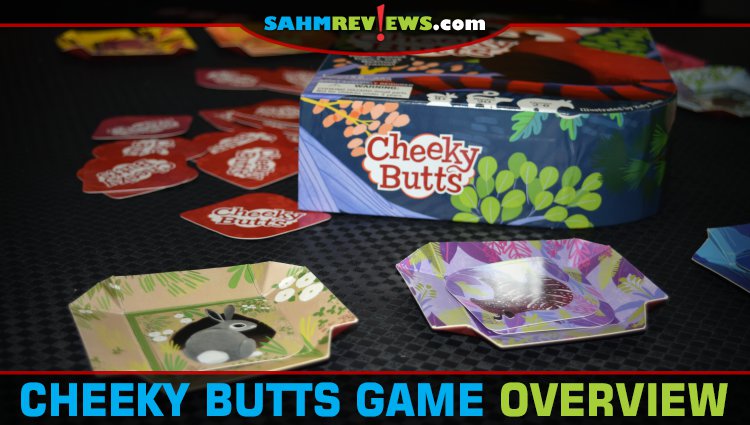 Do you remember playing Hot Potato as a kid? Over the years, there have been multiple variations, but it essentially boils down to, “Don’t have it (whatever ‘it’ is) when the timer runs out.” The concept of the game is simple which makes it easy to teach to younger kids. Finding ways to incorporate the idea into something different to make it more entertaining for older kids and adults is the tricky part. Bananagrams put their own (tail)spin on the game with Cheeky Butts. The name alone is enough to entice giggles.

Cheeky Butts includes 12 trays showing various critters’ bottoms, along with a stack of cards showing the same. There’s also a timer because what would a Hot Potato style game be without something to buzz and scare the bejeebers out of you? Divide the trays as evenly as possible among all the players with extras going to the older players. Arrange the cards face down in the center of the play area, mixed like Go Fish. Give each player 3 Chance Tokens. Make sure the timer has batteries and you’re ready to play.

At the beginning of the round, decide on an active person to begin the game. Press the timer and go! Remember, this is about not being the active player when the timer runs out so you’ll be acting as quickly as possible the entire time. 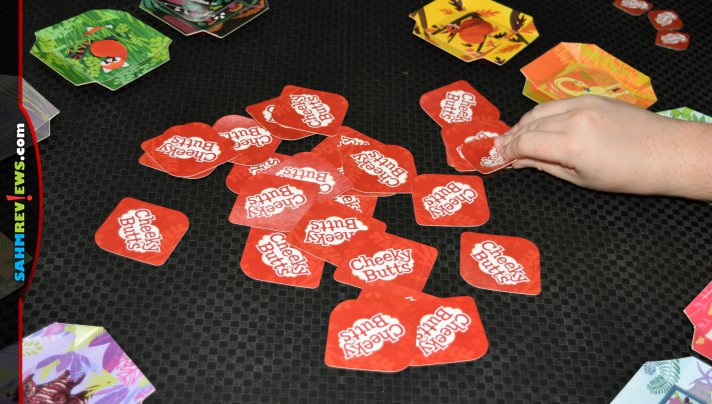 The active player draws a card from the center then tosses it into the matching tray. If it’s their own tray, they draw again. If it belongs to someone else, that person becomes the new active player. Guess what that means. The new active player now has to draw and follow the same guidelines as the prior. Keep drawing and rotating the turns until the timer goes off. Whomever is the current active player at that time must forfeit one of their Chance Tokens. 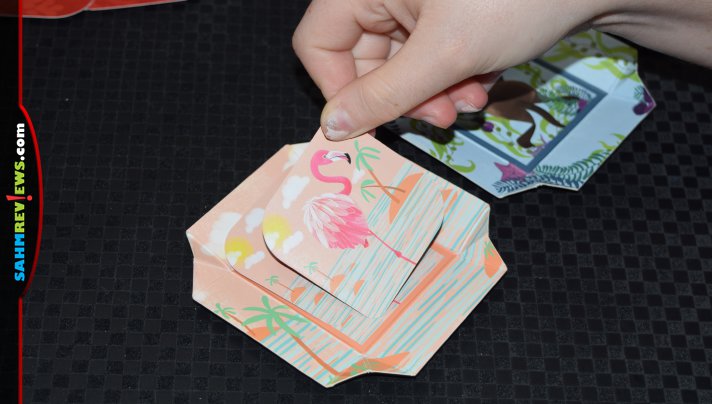 Before beginning a new round, all players give their leftmost tray to the opponent on their left. If anyone has lost all three of their Chance tokens, their trays are redistributed to the remaining players. If there aren’t enough cards in the center, dump the trays and mix the pile up.

You’ll continue playing in rounds until there’s only one person has Chance tokens left. Cheeky Butts is fast-paced which makes it easy to get to the table, played and then back off so the table can be used for other activities. No ifs, ands or butts… you can pick up a copy of Cheeky Butts on Amazon or at your local Barnes & Noble. Park your rear on Facebook and Twitter to see what other games Bananagrams has in their trunk!