If you’re like us, you’ve utilized your extra time at home to binge-watch everything on your DVR and all the things you’ve been wanting to see on the best video streaming services. In addition to finally getting around to some of the many movies and TV series that our friends have been hyping, we’ve also been revisiting some of our favorites. You know, like Agents of S.H.I.E.L.D. and Avengers: Endgame.

As you’ve seen in all the recent articles, we’ve also been playing all kinds of games including the best Marvel-themed board games (and other favorite Marvel-themed games). I guess there is a bright side to this pandemic… we’ve found plenty of time to participate in activities for family bonding! However, we’ve also been talking about many of the other games set in the Marvel universe and decided it’s time to update the list of options for you! These are the 10 newest Marvel-themed board games that you can pick up for your game night entertainment. 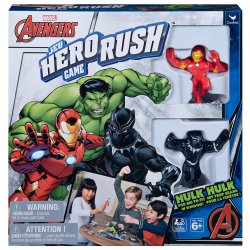 Any fan of the superheroes in the Marvel universe will love this fast-paced board game featuring Hulk, black Panther, and Iron Man. It’s going to take speedy moves and fast thinking to be the ultimate hero in this game. Move hero timers from one flip zone to another as directed by your villain move cards. Don’t let the sand run out on your turn. Get a hero right or hero left card without a timer running out and you score an Avengers token. Three tokens and you score a victory! Features three plastic figures with sand timers—black Panther, Iron Man, and Hulk! 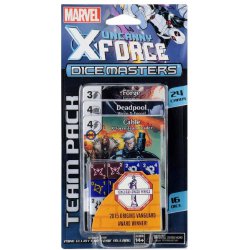 Dice Masters is a global hit from WizKids that uses the proprietary dice building Game platform developed by Mike Elliott and Eric M. Lang. The marvel dice Masters: X-Force team pack will be the most wanted part of your collection! 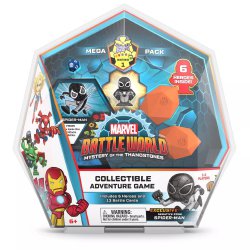 Pick your favorite Hero, rescue your friends, and win battles to defeat
Thanos! Battleworld is a revolutionary cooperative, expandable,
collectible adventure game featuring dozens of characters from all
over the Marvel Universe! Players get to crack open the mysterious
Thanostones during the course of play to reveal the mystery character
inside for a constant sense of surprise and delight! 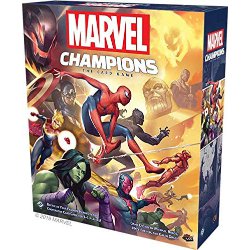 Marvel Champions: The Card Game is a cooperative Living Card Game that sees players embody Marvel heroes battling to thwart the schemes of dastardly villains. In the game, players will call on iconic allies, harness powerful weapons and armor, and unleash devastating tactics as they battle to defeat the villains of the Marvel universe. In every scenario of Marvel Champions: The Card Game, the heroes face a powerful villain pushing a unique scheme, as well as their own personal enemies that can be shuffled into the hero deck. If the heroes can defeat the villain before they complete their dastardly scheme, the heroes win the game. 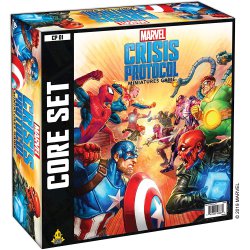 Save the world or conquer it with crisis protocol, a tactical hobby game set in the Marvel universe! Take command of legendary heroes and villains to complete narrative missions on an interactive tabletop. Assemble and paint beautifully detailed miniatures of your favorite characters. Build a roster of iconic Marvel characters to create your very own Marvel dream team. During battle characters earn power, a key resource allowing them to harness incredible Super powers, coordinate amazing team-up moves, or use the battlefield itself as a weapon. 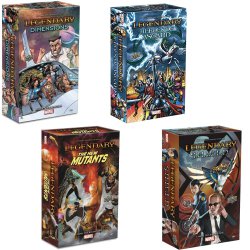 Four expansions to the popular Legendary game by Upper Deck have been released over the past year. Choose from S.H.I.E.L.D., The New Mutants, Heroes of Asgard or Dimensions to expand your play!

Marvel United is the crowd-sourced, hit strategy card game that has Marvel Universe fans everywhere going crazy. It’s time to become the Heroes you were always meant to be! Designed by Eric M. Lang and Andrea Chiarvesio, Marvel United is a fast-paced, cooperative game where players take control of Marvel Super Heroes and band together to thwart the master plans of the most dangerous Villains in the Universe. With an all-new visual take by Edouard Guiton—brought to life in fantastic sculpts. 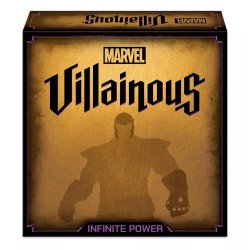 Marvel Villainous: Infinite Power utilizes the existing platinum-selling Villainous game system with a few gameplay reflecting the shared universe and interwoven storylines of Marvel’s Villains. As such, Marvel Villainous is not designed to be compatible with previous Villainous games, but allows for increased player interaction and more strategic play. 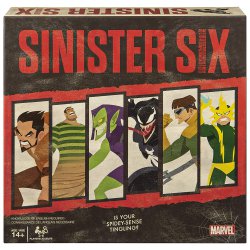 Join forces with the ultimate team of villains and pull off a series of heists with Marvel’s Sinister Six! In this card game for teens and adults, players participate in four heists and a final battle against their nemesis, Spider-Man. Pick your favorite sinister character from villains like the Green Goblin, Venom, Lizard and more. Play different cards and use your villain markers to help pull off the heists and avoid capture, split the loot and earn points! To become the master supervillain and win, you’ll need to survive the final battle against Spider-Man and have the most points at the end of the game! 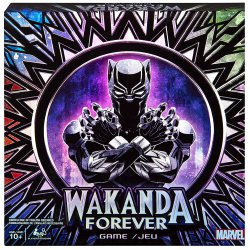 Wakanda is under attack! Help protect and keep the country safe from evil with Wakanda Forever, the exciting Marvel board game! In this fast-paced dice-rolling game, players each represent the five tribes of Wakanda and battle to defeat villains. One player will lead the fight as the Black Panther with a special totem to earn more Wakanda Points than everyone else. The remaining players mine to collect Vibranium, powering their tech to defend Wakanda!

Some of these games are available on Amazon while others are Target exclusives. If you have a game store, be sure to check with them to see if they have any of these available so you can shop and support local small businesses.

Which Marvel characters would you like to see have their own game?

57 thoughts on “10 Newest Marvel-Themed Board Games”