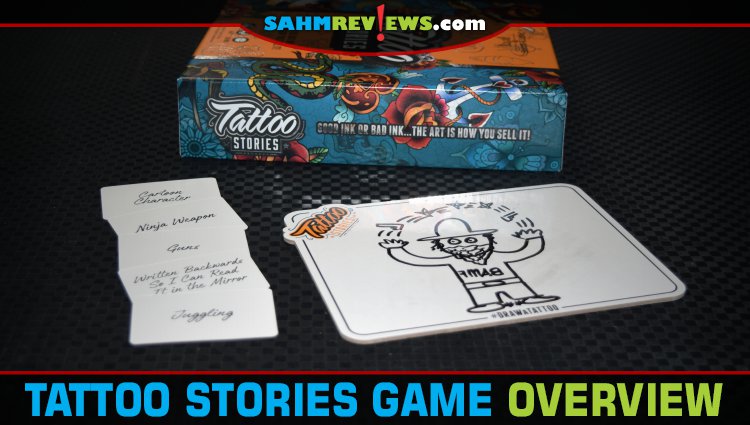 When you’re stuck inside for months, you tend to gravitate toward social media. This has been an opportunity to reconnect with people and learn what’s happening in their lives. You know what I discovered? People have problems. More than a few have been experiencing financial issues or lost their jobs. Several have revealed stories about their divorce/separation. One friend has shared her about her journey to sobriety. Many have mourned the loss of a loved one. Amidst these tales, I often see people commemorating the next phase in their lives with a tattoo. While many people get tattoos for a variety of reasons, the ones I’ve seen lately have all been instigated by these hiccups in their normal lives. Some use simple emblems to mark these milestones while others create collages. It has reminded me of the Tattoo Stories party game from Bicycle Games. 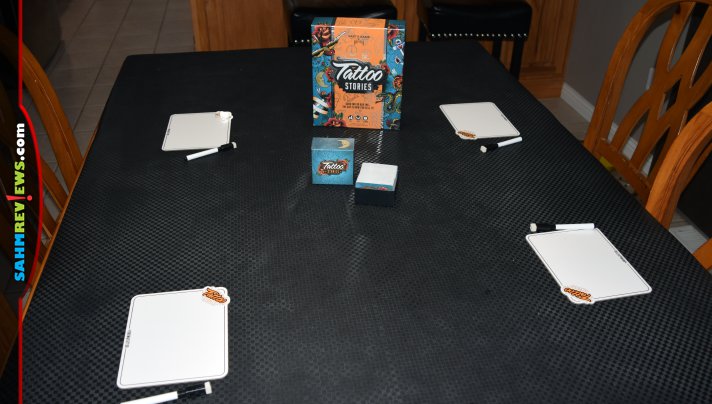 In Tattoo Stories, you’re taking turns acting as a customer who is commissioning tattoo designs from multiple artists. What’s interesting is that you don’t have a clear vision of what you want, but multiple ideas you want combined into one. Set up the game by giving everyone a board and marker then place the box of topic cards in the center of the table. 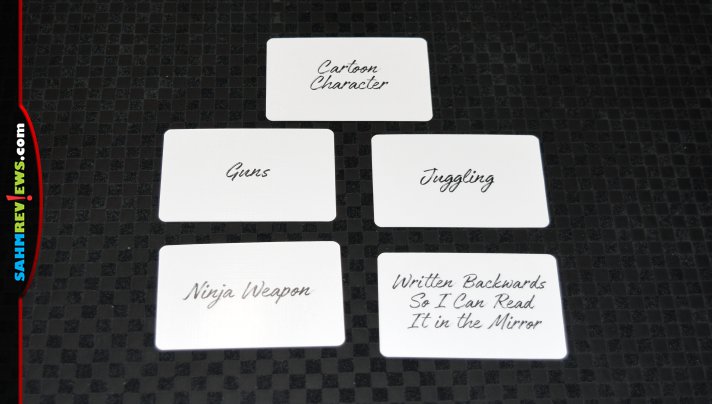 On your turn, you’ll be the customer and you’ll select ten cards from the box. After choosing five that you want to see crafted into a single creation, you’ll share those with the round’s tattoo artists. 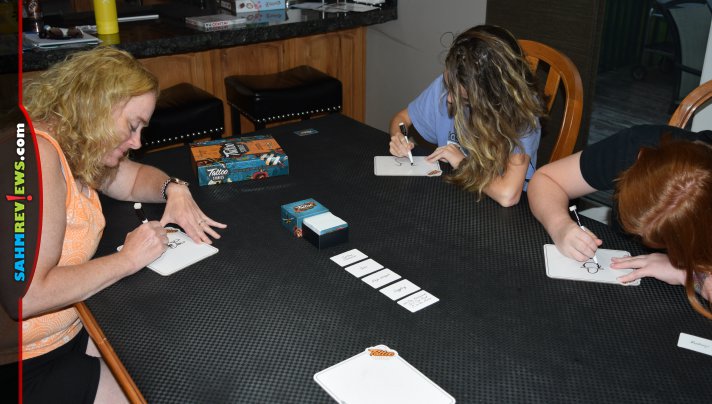 Those artists are tasked with making you, the customer, happy. Set the timer for three minutes and they’ll draw a tattoo that combines this elements into one design. 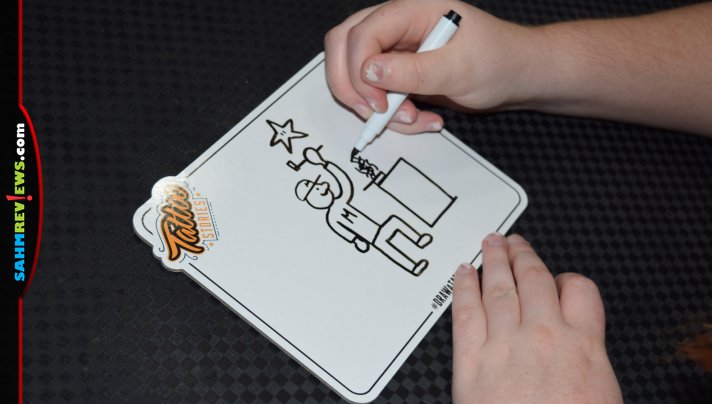 During this time, they can ask questions to try to get a better idea of what you REALLY want. I’ve never gotten a tattoo, but I would expect that’s what an artist normally would do! Of course, it’s a tattoo so you can’t use the eraser until the round is over and you”ll have a clean slate (AKA a new customer). 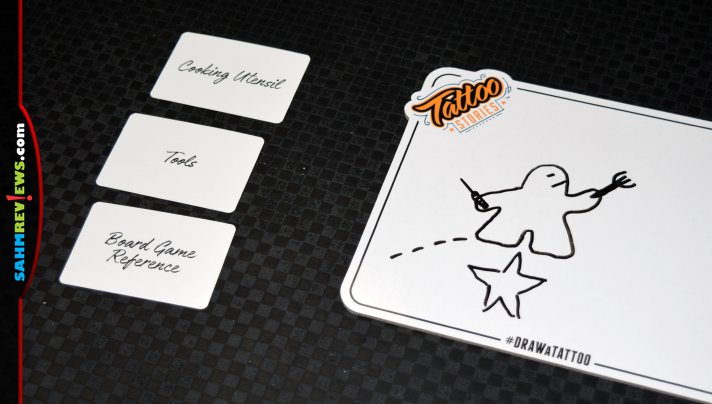 When the timer runs out, everyone takes turns revealing their offerings. But this isn’t a simple gallery, it’s more like show and tell. You’ll want to sell your idea like in a game of Snake Oil. The biggest difference, aside from this being a drawing game, is the method for rewarding points. So many games rely on the “Apples to Apples” mechanism where one person gets the points. It’s already subjective and favoritism is common. With Tattoo Stories, there are FIVE cards being awarded and they can go to anyone or all to one person. The customer decides! After each player has been given the opportunity to be the customer, everyone counts their cards and the one with the most will be encouraged to start a tattoo parlor.

When I first heard about a tattoo-themed game, I said I didn’t think it could be family-friendly. Tattoo Stories puts that notion to rest because not only does this work, it actually can aid students in their improv abilities. Learning to think quickly and hone those ideas into an image is only part of the game. You also need to be able to talk it up. In a time where more people are seeking options for homeschooling, games like Tattoo Stories can help emphasize speaking and thinking skills that are learned from a book. You can ink this idea onto your game night schedule by grabbing a copy direct from Bicycle Games or on Amazon. Check out the exciting news that Bicycle Games has to share about Wil Wheaton by visiting their social media channels (Facebook, Twitter)!

Do you have a tattoo? If so, can you describe what it looks like?