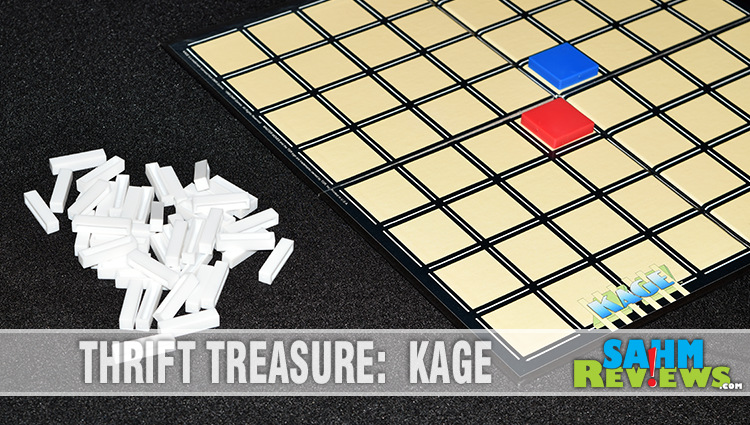 I knew when I picked up the box at our local Stuff Etc. that I had to have it. The company logo gave it away – TSR. For the uninformed, TSR was the original RPG company founded in part by Gary Gygax, creator of Dungeons & Dragons. To many (if not most) role-playing gamers, he is a god. In the 80’s, TSR began issuing other non-RPG games in an effort to grow beyond their D&D base. This week’s Thrift Treasure is one of those attempts – Kage. 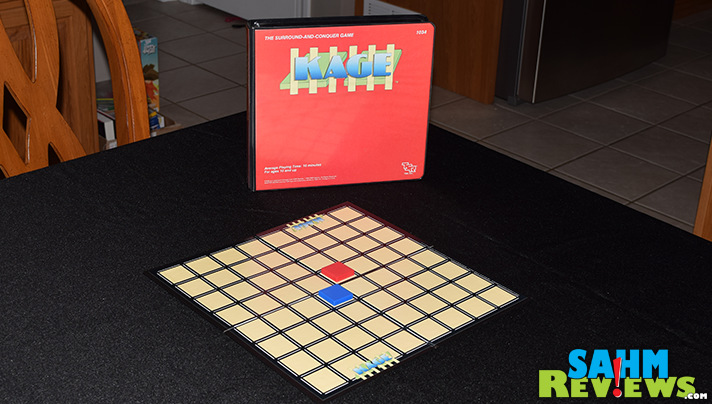 By today’s standards, Kage is a rather simple game. Your object is to “cage” your opponent’s piece by completing a box. In their description, the squares represent two bird types (blue = Blue Jay, red = Cardinal). Each player has one bird and shares a pool of 48 white plastic bars in which the cages will be constructed. 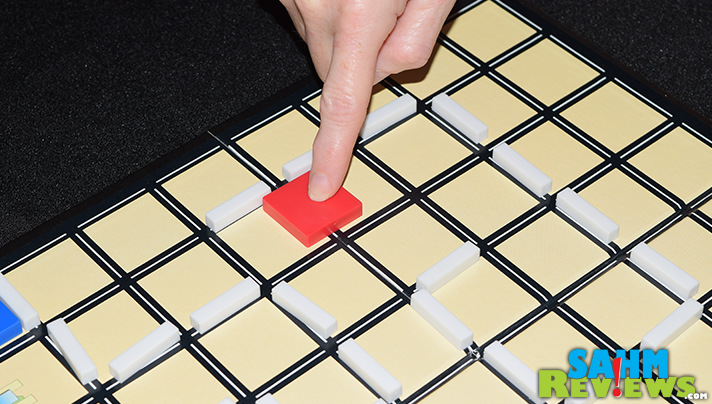 On your turn you take one action from a possible two. Either move your bird one space orthogonally or add a white bar to the board on an unused line.  And that’s really all there is to it. Take turns doing one or the other until one player has completely boxed in their opponent’s piece.

Much like other true abstract games, there is quite a bit of strategy happening in Kage. Choosing when to move and when to place is a critical decision, and it becomes very easy to trap yourself if you’re not careful. When the game begins the playing area is wide open. But once pieces start being placed, the “safe areas” quickly become smaller and smaller. 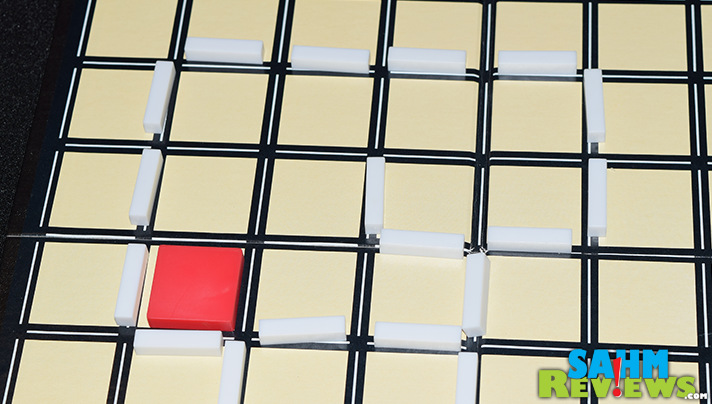 Quite a fun 2-player game, but it does seem there is an advantage for going first. For that reason, multiple rounds will be needed to find out who is the real champion of the house! You’ll find a number of copies of Kage for sale on eBay for under $10. Now that I know about this series, I’ll be on the lookout for others issued by TSR in the same era!