I remember hearing about this week’s Thrift Treasure on TV a couple years ago. Published by Buffalo Games, it was getting a lot of air time due to the fact it involved Dave Matthews. Yes, that Dave Matthews of Dave Matthews Band fame. In addition to being a musician, he’s an avid farmer (mostly grapes) and is also on the Farm Aid board of directors along with fellow musicians Willie Nelson, John Mellencamp and Neil Young, who raise money for family farmers in the United States.

By now you know I’m a huge fan of abstracts, especially ones that are combinatorial or “perfect information” games like Gekitai. Chickapig is not one of these. It advertises itself as “a Farm to Table game”. I was curious to see what it meant by this tagline. Turns out it means that Dave was involved (the farm) and it is now on your table… 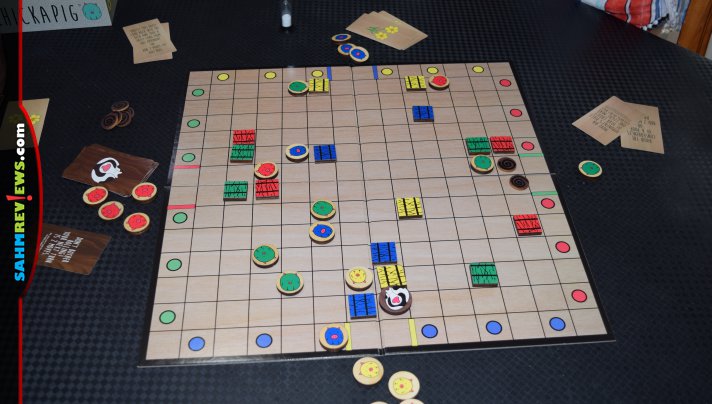 That lame advertising line aside, there are some interesting mechanics going on in Chickapig. It supports up to four players and is best described as a modern version of Chinese Checkers. Your goal is to get your six chickapigs out the gate on the opposite side of the board. Each side is set up in the same manner with colored haybales and a fenced-in cow in the middle. 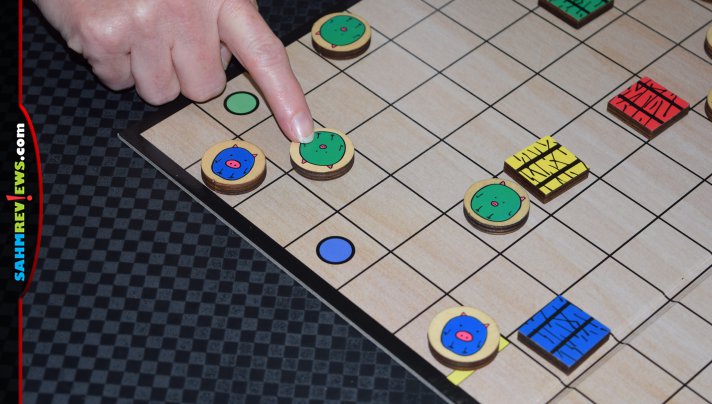 On your turn you will roll a six-sided die. Yes, a die. In an abstract game. The result is how many actions you may take. You may move one of your haybales one space in any direction (except diagonally). You may move the cow one space if it is free. Or you may move one of your chickapigs in one direction as far as it can until it runs into something. This reminds us a lot of some of the puzzle games on the app store where you must slide things around in a particular order to escape a room. 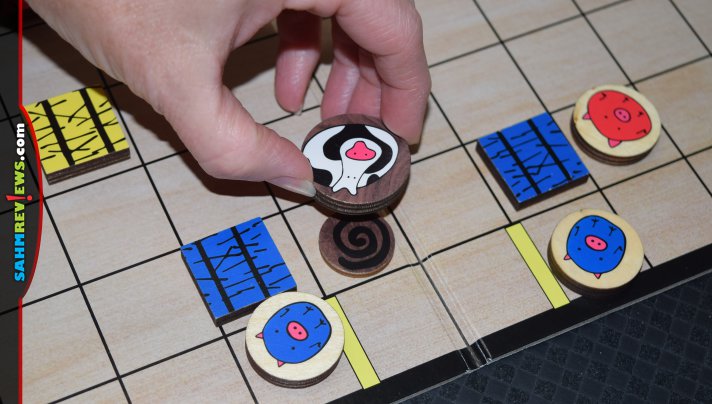 If you roll a one, instead of moving something you may unleash the cow onto any space on the board. The cow then poops on that space and a marker is placed on the board to herald the event. If this was the first time the cow was moved, the fence is removed from the board. Any time any player passes over the poop token with a haybale or chickapig, they must remove it from the board and draw a poop card. All poop cards are bad and are resolved immediately. Cows only poop when moved as a result of a “one” roll – not when moved normally. 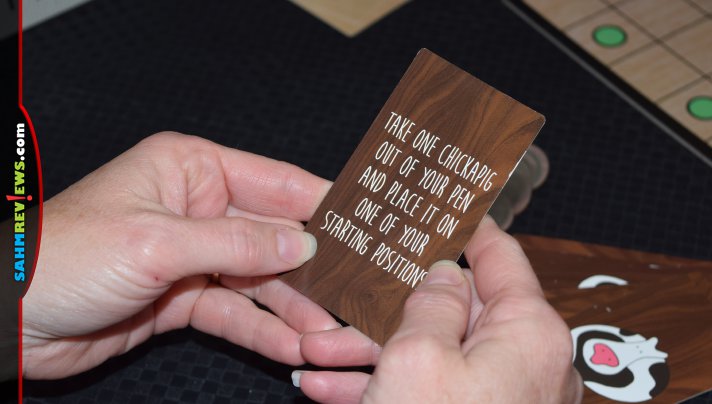 Rolling a two also gives you the option of moving or drawing a Daisy card. These give good bonuses and are saved to use on a future turn. You may only have one in your possession at a time, so use it up ASAP so you can grab another on a bad roll. There’s also an included sand timer in case you’re playing with someone who tends to take forever to take their turn. Use it to hurry them up! There are also special rules about blocking an opponent’s exit that will cause some discussion about whether something is a valid move or not. 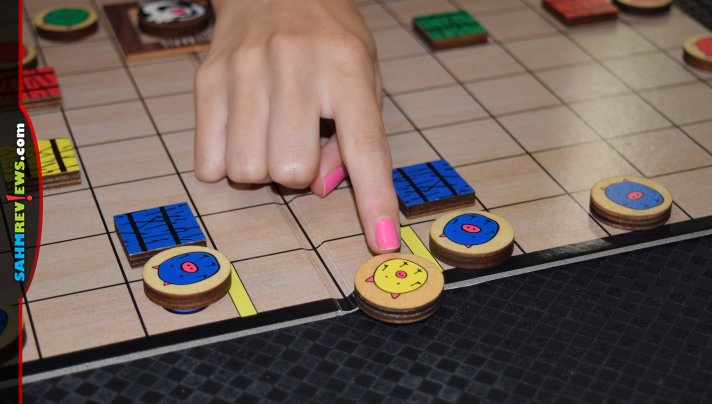 Players take turns rolling the die and moving their chickapigs around the board and out their gates until one person manages to get them all off the farm. That person becomes the winner of Chickapig! I really wanted to like the game, but the inclusion of a random die in an abstract puzzle game turned us off. It could have been better handled with custom dice numbered 1-3 or a deck of cards that everyone chose from, discarded and then filled back up when the hand was empty. If you’d like to try it out for yourself, copies are heavily discounted on Amazon. For a similar experience without the randomness, check out Ricochet Robots, which uses the same mechanic and challenges you to get them out in as few moves as possible.

What game did you really want to love but just couldn’t?