With the cancellation of all game conventions this year, it has become more and more difficult to find new and interesting games coming to market. Conventions usually host a number of grand debuts with publishers offering incentives to purchase a copy on the premiere weekend. Large publishers have had to adapt this year – some have pushed back all new games until 2021 while others are spending their budgets on alternate forms of marketing to get the word out. Even my game, Hues and Cues, would probably have gotten more attention with a traditional debut at Origins Game Fair.

Smaller publishers don’t have the luxury of displaying at one of these gatherings, and with their cancellation, the playing field has been leveled. It has helped us discover a number of first-time publishers and game-makers that we may not have had the pleasure of finding before. For example, CrashStache Games recently issued Chicken Time Warp. It would have flown completely under our radar had we been focusing on getting ready for Gen Con in Indianapolis. 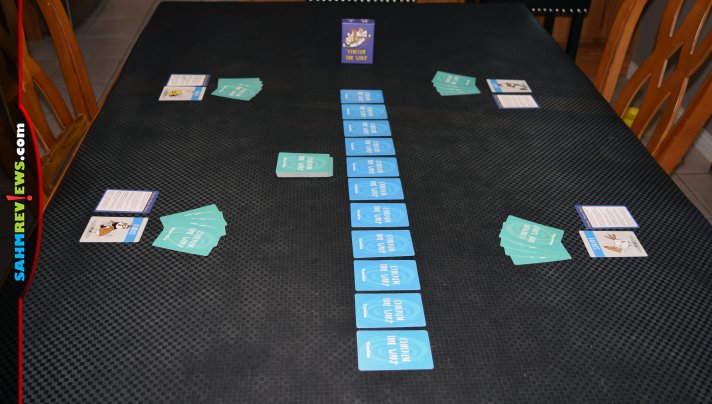 Chicken Time Warp is a card game which can be played by 3-6 players in under 30 minutes. Its premise is that there are a group of scientist chickens who are experimenting with time travel. As might be expected, something goes wrong and they open up an endless time vortex. The chickens had apparently known this might happen, as they had prepared an escape pod. Unfortunately, the pod was designed to only carry one chicken. All players will be vying to be that one chicken while the others are sucked inside the whirling vortex.

Of the 76 cards inside the Chicken Time Warp box, six are character cards (give one to each player), eleven are timeline cards (set them face-down in reverse numerical order) and 54 game play cards. The “You Dead” and “Time Slips Away” cards are removed, the deck shuffled and four are dealt to each player to form their starting hand. After dealing, the removed cards are re-added to the deck, which is again shuffled and set close to the timeline as a draw deck. 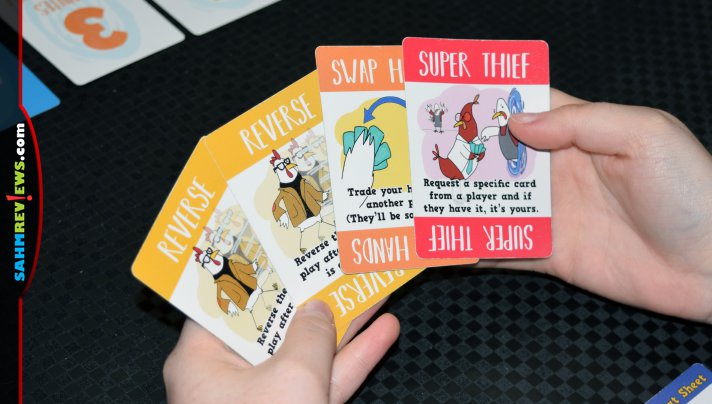 Players will take turns taking three actions. First, turn the next timeline card in order to its face-up position. Then decide whether or not to play a card from your hand. If you do, follow the card’s instructions and then discard it next to the draw deck. Lastly, draw a new card and add it to your hand. 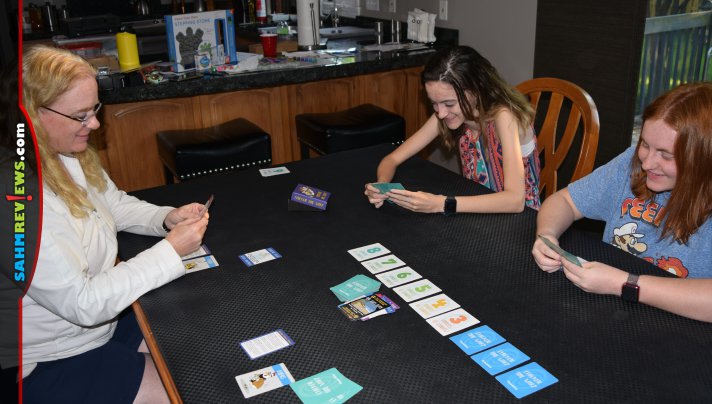 Each card has specific instructions that cause a lot of player interaction. You may be asked to swap hands with another player, steal a card from someone else’s hand, take the top card from the discard pile instead of drawing or even draw two cards in lieu of one! The previously-mentioned “You Dead” and “Time Slips Away” cards are black-bordered and must be played immediately when drawn. 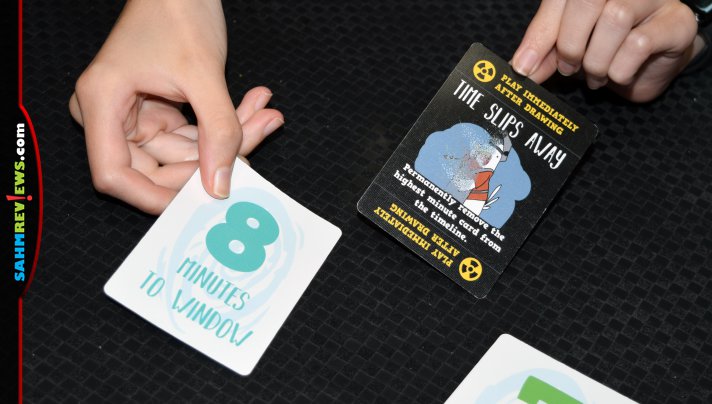 “Time Slips Away” permanently removes the highest timeline card from the game. This means it can no longer be traveled to. “You Dead” means just that, you are dead. But, you are not out of the game completely. You will keep your hand and place your character card above the current timeline cards to denote when your character died. Later, if a “Clux Capacitor” card is played, any dead players whose cards were sitting above a timeline card that is turned face-down are brought back to life. 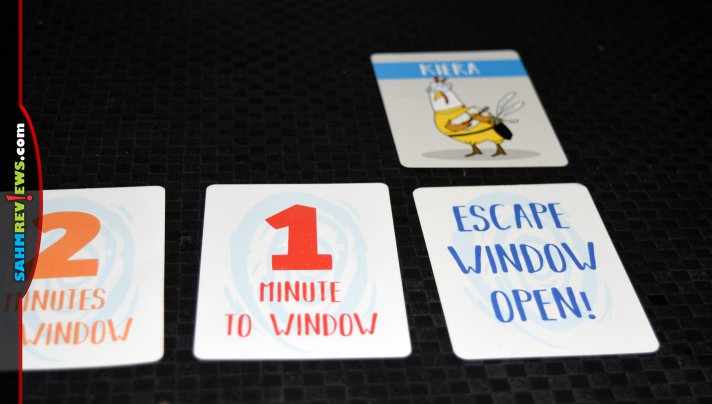 The cards in the timeline will move back and forth (face-up or face-down) as a result of played cards. The overall object is to collect the one Escape Pod card and be able to play it on your turn while the final card in the timeline, the “Escape Window” card, is face-up. 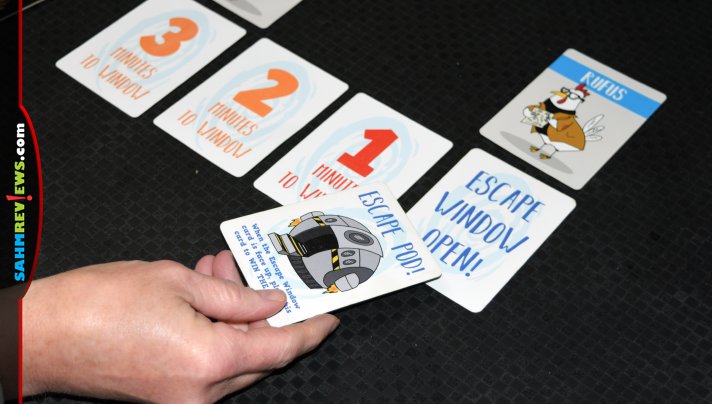 The chicken who is able to accomplish this feat is the winner of Chicken Time Warp. Alternately, if you are the only chicken alive at any point, the game ends immediately and you are declared the winner (whether you have an escape pod or not)!

Pick up a copy of Chicken Time Warp on Amazon or ask your favorite local game store to procure a copy for you. Originally the product of a successful Kickstarter campaign, be sure to follow CrashStache Games on social media (Facebook, Twitter) to find out if they’ll be offering expansions to Chicken Time Warp or information about other brand new game ideas!

What would you say to a time-travelling chicken if you met one?