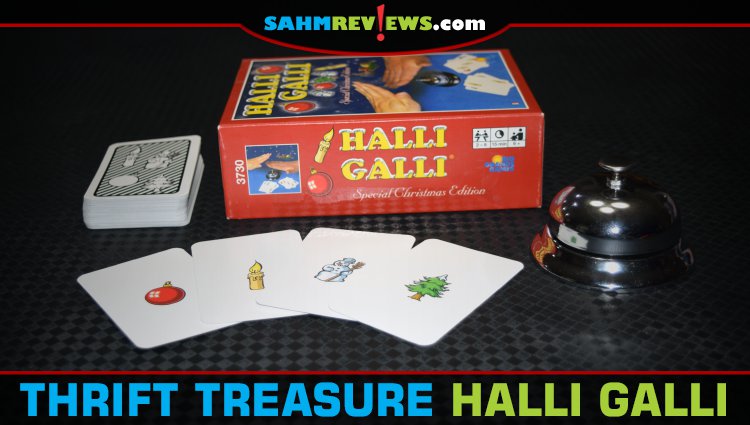 I guess a lot of people do the whole “Christmas in July” thing. As we get older, we hear of it more often as a solution for retirees who winter in the south. This allows them to get together with the family without suffering the brutal northern winters. We haven’t gotten to that point yet…

But it is so popular that our local Goodwill sets out a display around this time every year of Christmas items that were donated after December. You never know what will show up since they save anything Christmas-themed to fill the shelves. This year we found a Christmas Edition of the very popular Halli Galli game by Rio Grande Games!

First published in 1990, Halli Galli has since been offered by no less than 30 different companies in at least as many countries. Sometimes the name is different or the game will have a different theme, but the game play is the same as the original. The one we found was available in 2003 for the English and French markets. Hence the reason it was included in the Christmas in July display. 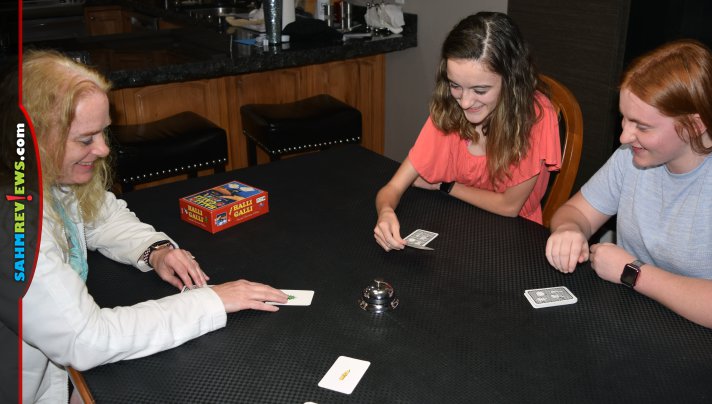 Halli Galli is a speed game about adding up the different symbols which appear on the cards. Included in the box is a deck of 56 cards and a metal bell. The cards feature one of four different objects (suits) and will have between one and five of the items depicted. These are shuffled together and dealt out evenly among all players (up to six). These are kept in a face-down deck in front of each player. The bell is placed in the center of the playing area within reach of everyone. You’re now ready for a game of Halli Galli to begin! 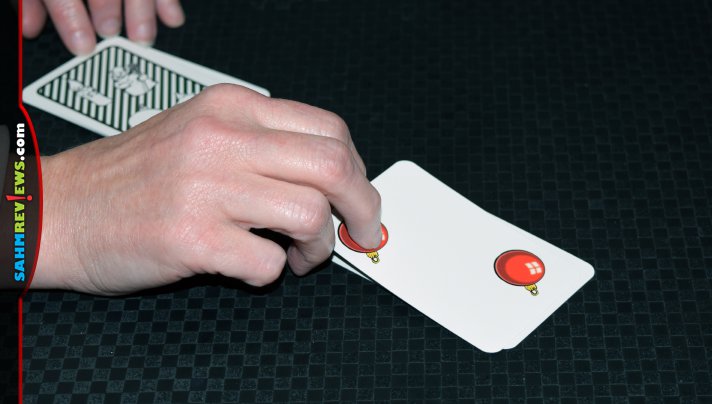 In turn order, all players will reveal the topmost card from their deck, drawing it away from themselves. Everyone must then quickly examine all revealed cards to determine whether or not the sum of any one object totals five. If someone thinks they spot a set of five, they race to ring the bell. If correct, they receive all of the face-up cards and add them to the bottom of their deck. If incorrect, they must pay each player a card from their deck. This goes on the bottom of each person’s pile. 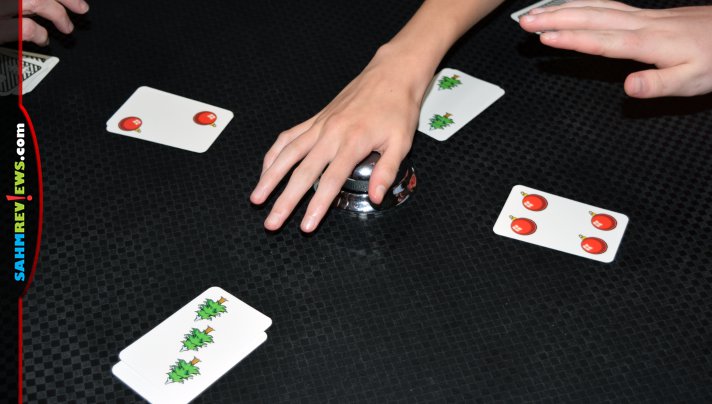 If there is no object with a total of five examples, another card is drawn by the next person and placed on top of their old one. This continues until someone spots a set of five and wins all of the cards in play. If you run out of cards in your deck, you are eliminated from the game.

When there are only two players left, they continue the round until one of them wins the final match. Of the two, the person holding the highest number of cards after collecting the cards from the last round is the winner of Halli Galli! Brand new copies are easily obtained on Amazon or from major retailers nationwide.

Have you ever played a game that included a bell?