I remember having a copy of Peg Solitaire in our house when I was a young child. You probably did too. It’s the game where pegs are put into a grid and you jump them back and forth trying to get down to just one. Some versions had a scoring table that gave you encouragement for leaving only two or three pegs, but one peg was still the ultimate win. 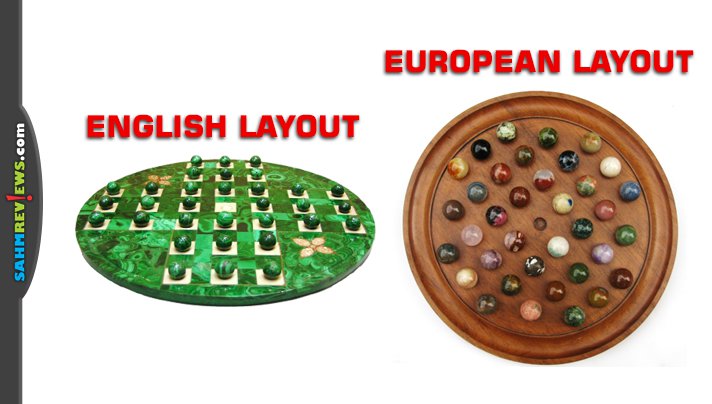 Our version was the traditional plus-shaped board seen in the U.S. Overseas they used a circular pattern, which was the same as our version with four additional holes that filled out the grid. The first evidence of the game can be traced back to the court of Louis XIV, and the specific date of 1687, with an engraving made ten years later by Claude Auguste Berey of Anne de Rohan-Chabot, Princess of Soubise, with the puzzle by her side. The August 1687 edition of the French literary magazine Mercure galant contains a description of the board, rules and sample problems. This is the first known reference to the game in print.1 Today we play a triangular version every time we dine at a Cracker Barrel restaurant! 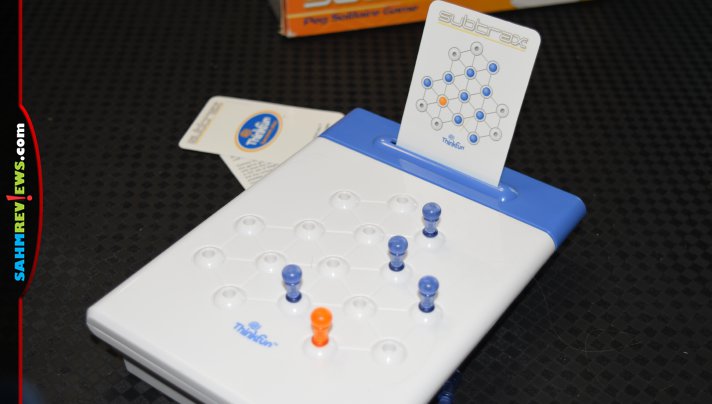 In 2004, ThinkFun published their take on this centuries-old game under the name Subtrax. Expanding on the basic rules of Peg Solitaire, Nob Yoshigahara, the game’s designer, laid out a custom board made up of three hexagons and added the idea that not only are you trying to leave just one peg behind, it must be a specific one! 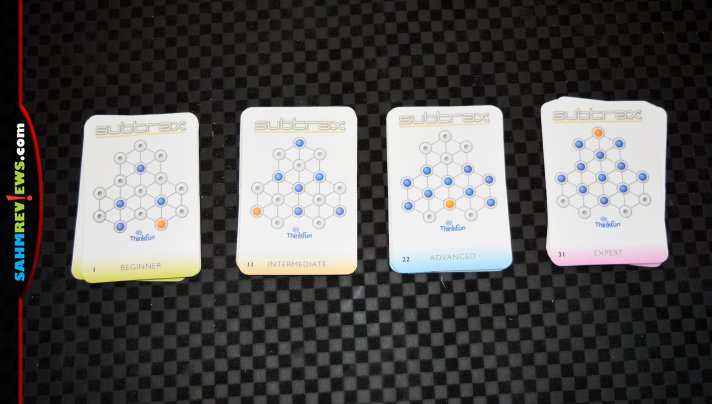 Much like the majority of games published by ThinkFun, Subtrax is a single-player puzzle with challenges that increase in difficulty as you solve your way through an included deck of 40 cards. Each card includes a specific layout that you match on the plastic board, including special positioning of a different-colored peg. This is the one you must not remove and should be the only one remaining at the end of the puzzle. 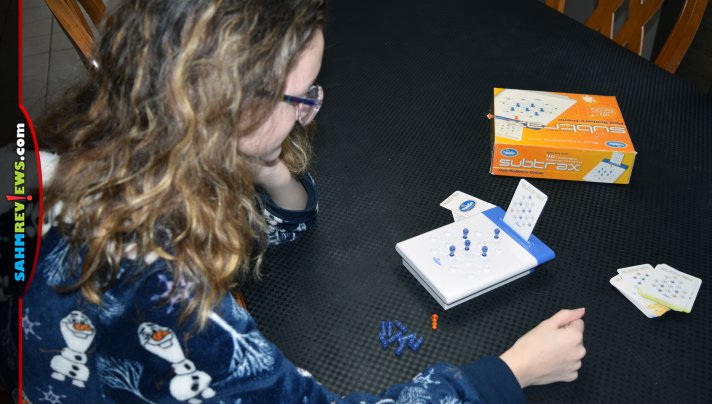 On the backs of the cards is the recommended solution for the specific puzzle listed on the opposite side. Start with the first ten cards (beginner level) and then progress on to intermediate, advanced and finally, expert. Each level utilizes a different number of pegs and may or may not have more than one solution.

Considering how much I enjoyed the original when I was a child and the fact my daughters won’t put down the Cracker Barrel version when we go out, I see this copy of Subtrax setting on the table for quite some time until everyone has a chance to solve them all!

Subtrax seems to be hard to find since it is out of print. There are no copies currently on eBay and the few listed by third party sellers on Amazon are pretty expensive. Keep an eye out for Subtrax at thrift – it’s well worth a few bucks! Just make sure the orange peg and the 14 blue pegs are all present!

Which version of Peg Solitaire do you remember most?